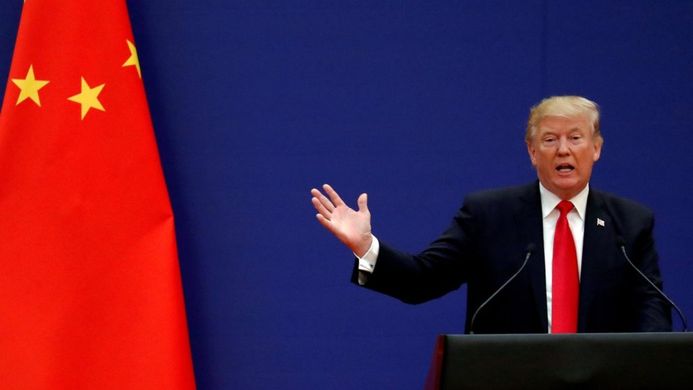 America Will Not Win the Trade War

The ongoing trade war between China and America is one of the most significant and regrettable international events in recent years. However, the media commentary has overwhelmingly focused on Trump-bashing, without paying much attention to the finer details of the American policy objectives.

Such media biases run risks of blurring public perceptions of the outcome of the trade war. I believe that there are three layers in the American strategy, catering to the short-term, medium-term and the long-term objectives.

In the short-run, America will be focused on fulfilling the Trumpian pledge of ‘shrinking the trade deficit’; in the medium-term, rewriting the global trading rules that will systematically favour developed countries; and in the long-run,reorienting the global supply chain to support a sustained recovery of its industrial base.

The Sino-American trade deficit is easy to shrink and likely to shrink with or without the tariffs and sanctions. This is because China itself is already beginning to restructure its own economy towards internal consumption. In fact, since the financial crisis of 2009, China has not been reliant on trade as one of its drivers of growth.

Moreover, as China develops and ages, the wages of its workers will inevitably rise as there will be fewer workers available and younger workers will be more educated. Thus, even without the Trumpian policy of high tariffs, Chinese export to the US will be shrinking in the foreseeable future as factories doing assembling and exporting move to cheaper locations and Chinese factories become more focused on catering to the domestic market.

Trump’s tariffs are likely to accelerate the process as it will only make Chinese policymakers more aware of China’s vulnerability of relying on trade. This will likely lead to Chinese compromise on two fronts. One is ending export subsidies to Chinese firms and the bad loans propping those firms up. This is  a problem with which the Chinese government has long grappled, and is likely to be pushed through as result of the external pressure.

The second relates to the Chinese protection of their domestic market, especially the services in financial and high tech sectors. Since April, China has relaxed numerous restrictions on US financial firms, even allowing foreign ownership of Chinese banks in the future.

The medium-term goal of rewriting the global trading rules is unlikely to be attained for two reasons, one is the determination of the Chinese government to thwart such efforts, and the other is the inability of the American state to formulate sustained policies in such directions.

The US hopes to create a new global trading system which essentially bans industrial policies and state-owned enterprises, both of which are the important components of development in many countries. This betrays the narrow self-interests of the United States as it seeks to maintain its global hegemony and prevent other countries from challenging its technological edge.

Should this regime be successful, countries around the world could rely only on private enterprise in trade. This essentially disadvantages countries from the global south with only nascent private sectors. Such a move is equivalent to stripping away the development rights of these states.

This is likely to trigger a global backlash by the developing countries that America is unable to contain. This is because the global balance of power has shifted dramatically since the Second World War. With the American share of global GDP now around only 20%, America’s ability to impose such an arrangement is highly questionable.

Moreover, the imposition of such an arrangement would only further strengthen corporate America and exacerbate inequalities in American society, fuelling further political polarization. It is likely that such initiatives will meet the same fate as the Trans-Pacific Partnership and Transatlantic Trade and Investment Partnership in America’s veto-driven political environment.

The Long-term goal of reorienting the global supply chain is in my opinion, improbable if not impossible. This has to do with not only China’s existing advantage as an industrial powerhouse but also the fact that the East-Asian region surrounding China constitutes the only viable global manufacturing centre.

This is because East Asia is the only region in the world with the simultaneous presence of high-income, middle-income and low-income countries capable of catering to the various processes in the supply chain.  The manufacturing process of iPhones exemplifies this. Countries with relatively low-income, such as China, specialise in the labour intensive work of assembly and shipping. However, the high-tech components used in the assembly process is not produced in China but in other high-income countries such as Japan and South Korea.

With the tariffs and changes in the Chinese economy, there has been a rapid relocation of assembly plants from China to South East Asia, with China then taking on the mantle of manufacturing some mid-level industrial components. If America’s goal is to recover its industrial base, it will be required to seize at least part of the manufacturing process from East Asia.

Given America’s high tech advantage and its highly trained workforce, the most viable role it can take is the manufacturing of the high tech components. However, for this strategy to be viable, America would need to reconstruct a brand new and more efficient supply chain outside East Asia . Such a task is in my opinion, impossible, as the regions in the US vicinity cannot match the population size and industrial know-how of East Asia.

As a Chinese, I believe that it is in the integral interests of both the American and Chinese people to cooperate to tackle common problems like climate change and terrorism on a global scale. Protectionism and demagoguery may succeed in giving the appearance of ‘success’, but it does nothing to resolve the root cause of American economic ailment.

If Donald Trump is sincere in his desire to advance the interests of the ‘forgotten men and women’, he must use the political capital gained from short-term ‘success’ to enact domestic reforms which tackle the root of the problem, rather than indulging in the wild fantasy of ‘beating China on trade’ in twitterland.