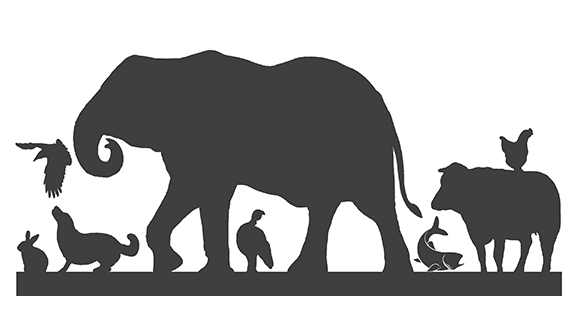 Animals Are Not Sentient, According to the UK Government

Last Monday, Caroline Lucas put forward a motion to transfer the EU Protocol recognising sentience of animals into UK law. It was rejected by parliament.

MPs’ voted strictly along party lines, with the government (and DUP) voting against its inclusion, and the the rest of the chamber voting to include it.

I was initially baffled by this decision – I thought everyone accepted that animals are sentient beings who are aware of their surroundings, even if there are disagreements about what this implies for animal welfare. Acknowledging sentience acknowledges animals’ ability to perceive comfort, joy, fear, and pain.

Representing those opposing its inclusion, Dominic Raab, argued that the the inclusion of the amendment would be “liable only to generate legal uncertainty” as animal welfare is already guaranteed by the Animal Welfare Act 2006.

This worryingly disingenuous justification was disputed by Caroline Lucas for two reasons. Firstly, while the Act does prohibit causing suffering to animals, it does not recognise animals as sentient beings and thus allows for a degree of legal ambiguity on what can cause suffering. Secondly, the Act applies only to pets. Lucas points out that wildlife, laboratory and farm animals are not protected.

That animals are sentient is not disputed by the government but by omitting this from the law, they might as well be. Many animal rights advocates fear the the exclusion of this clause opens a space for fox hunting, cosmetics testing and poor livestock standards to fill.

The lack of protection for non-companion animals is a perfect example of the arbitrary distinction that is made in welfare standards between companion animals and those with economic value attached. Of course we need legislation ensuring the welfare of pets, but animals being used in a commercial setting (whether for scientific or entertainment purposes) are even more vulnerable to harm by humans.

The decisions on which EU laws enter British legislation are shaping the future of the UK and will have a profound impact on what kind of society we have. There will be many of votes like this, but we have to pay attention and not let these profound alterations to British law in practice slip by unnoticed.

If you agree that this is wholly backwards and unjustified, then join the peaceful protest outside the Houses of Parliament on Saturday 2nd December.

PrevPreviousTreat Yo’ Loved Ones (And Yo’ Self)
NextThe University System Is Broken: Here’s How to Fix ItNext
On Key