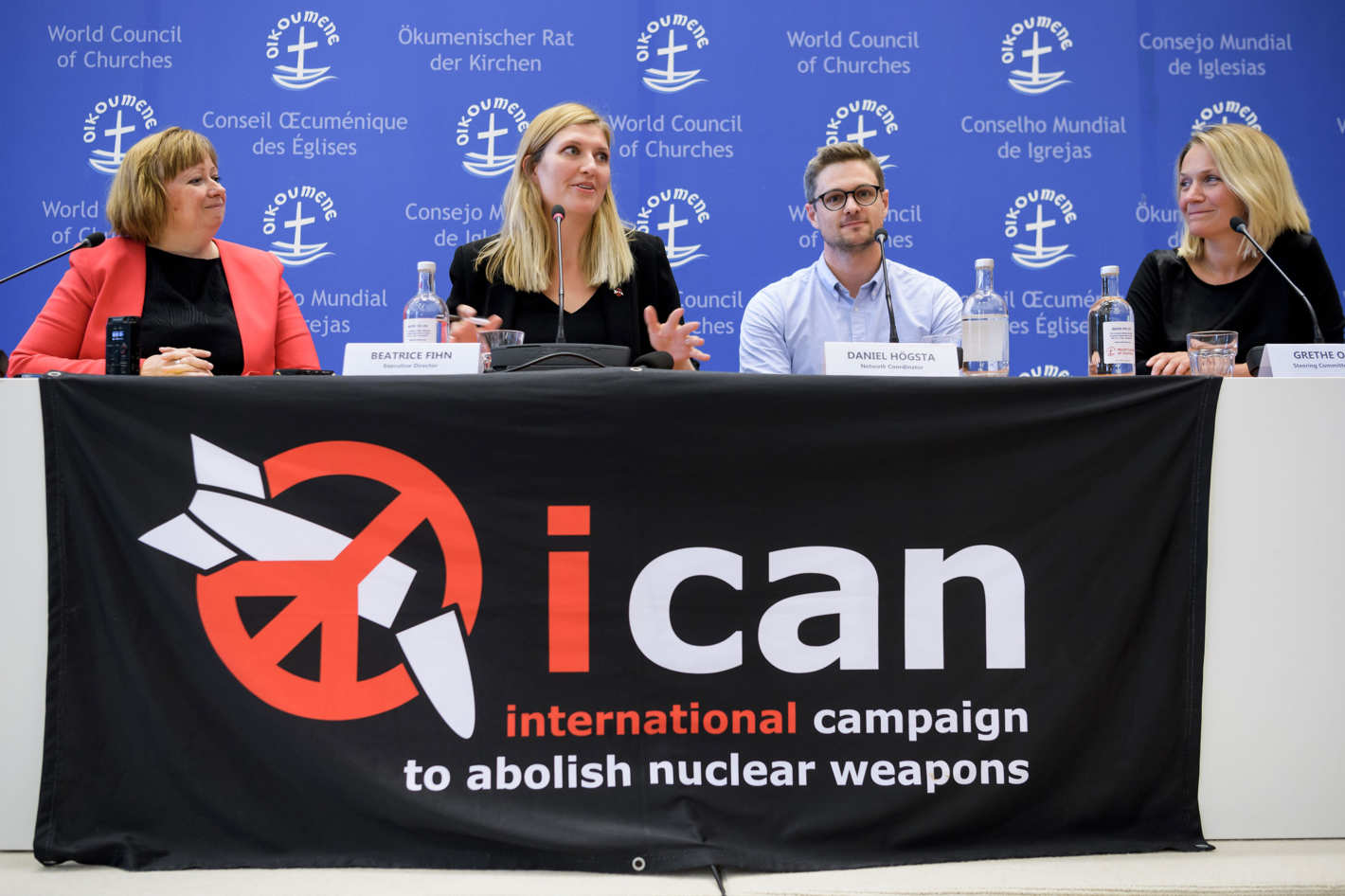 On Friday, the Nobel Peace Prize was awarded to Ican, an international anti-nuclear campaign group, for their “groundbreaking efforts to achieve a treaty prohibition” on nuclear weapons worldwide. The decision has been regarded as particularly significant at a time when the nuclear standoff between the US and North Korea continues to dominate international media coverage.

The International Campaign to Abolish Nuclear Weapons (Ican) is a non-profit coalition of different non-governmental organisations (NGOs), with a campaigning presence in over a hundred countries.

Inspired by the US-based International Campaign to Ban Landmines, whose coordinator won the Nobel Peace Prize in 1997, Ican was formed only a decade ago, in 2007. It achieved its first significant victory last summer, when two-thirds of UN member states approved its ‘Treaty on the Prohibition of Nuclear Weapons.’ The tiny Geneva-based organization’s treaty aims at the complete elimination of nuclear weapons, including the “development, testing, producing, manufacturing, or otherwise acquirement” of them. Their treaty well exceeds any existing non-proliferation agreements.

Though the treaty has yet to be ratified, many analysts see the Nobel Prize as a likely source of momentum for Ican’s efforts, particularly at a moment where leading superpowers seem to be more willing to engage in arms proliferation.

Regarded by many as ‘anti-bomb idealists’, the group’s efforts have been criticised by the United States – who led a boycott on Ican talks – as well as the eight other nuclear powers; France, Russia, the United Kingdom, China, India, Pakistan, North Korea and Israel.

Recently, US President Donald Trump announced that he plans to “decertify” the nuclear limits imposed by the U.N. on Iran – a move that could lead to an escalation of tension and nuclear proliferation.

Currently experts estimate that the world has nearly 15,000 nuclear weapons, with Russia and the US holding the largest stockpiles of atomic arsenal, with nearly 7,000 each. As Beatrice Fihn, the Swedish executive director of Ican, has said: “We do not have to live with the kind of fear that Donald Trump could start a nuclear war that would destroy all of us. We should not base our security on whether or not his finger is on the trigger.”

In spite of the perceived political implications of the Nobel Committee’s decision, the Committee has underlined the fact that its decision is not a political pushback against the Trump administration. It stated that this year’s prize is a “great encouragement” towards disarmament in a time when there is a “popular belief among people all over the world that the world has become more dangerous, and that there is a tendency where we experience that the threats of nuclear conflict have come closer,” said Berit Reiss-Andersen, chairwoman of the Nobel Committee, when introducing this year’s recipient.

Though experts argue that the road to complete disarmament is a long one, this year’s Nobel Prize is a clear indication that these “dreamers” are not alone in their battle.