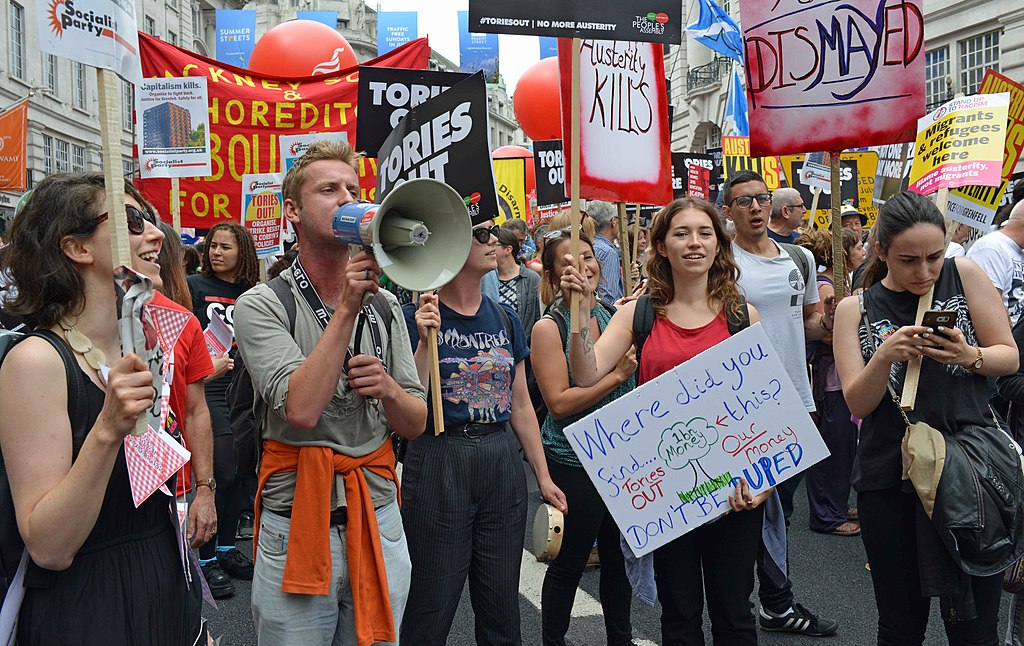 Bury Austerity: it has no place in the future of our politics

Last week, The Beaver published an opinion article which argued that austerity was a policy which “should be put back on the menu” of politics. I write today in response to that article, and to argue against such claim. Both data and recent economic events in Europe have proven that austerity is a set of unsuccessful policies which fail dismally in improving the economic situation of countries and their citizens; even worse, they deteriorate it further.

In fact, what has been proven in the past two years is that public debt can be reduced by moving away from austerity and implementing expansive economic policies. Take Madrid, the Spanish capital. In May 2015, an anti-austerity platform won the municipal election. In 2016, social spending had augmented by 21.6%, and by 2017, the debt has been reduced by 35% compared to 2015. This contrasts with the larger Madrid region, where the pro-austerity Popular Party (PP) has governed since 2015, and which has seen the debt increase by 7.9%.
At a nation-state level, the best example is Portugal. Since a left-wing coalition government was formed in 2015, austerity policies have been reversed. The government has increased social spending, leading to an increase in standards of living, a decrease in unemployment, reduced inequality, and the lowest public deficit in 2016 since 1974. Even the IMF and EU have congratulated Portugal. No wonder, that on Sunday 1st of October, the Socialist Party largely won the municipal elections with the highest share of the vote in history, while the right-wing PSD, which implemented the austerity policies when in power, plummeted to merely a dismal 16% of the vote.

The article’s second mistake comes when the author argues that the Greek debt crisis was caused by ‘Corbynomics’. This claim is not just wrong, it is false. It would take too long to rebate it in a paragraph, but the short history behind the Greek crisis goes like this: Greece falsified its data and joined the Euro, which kept interest rates low and thus borrowing costs cheap. Having the same currency as Germany was seen as an indicator of reliability, hence financial markets easily lent to Greece. When the financial crisis erupted in 2008, followed by a liquidity squeeze, Greece- heavily reliant on private borrowing, and incapable of devaluing its currency- became virtually bankrupt. Then came the infamous bailout, the austerity, and its disastrous consequences. The Greek debt crisis has structural roots in the monetary union, and was triggered by an exogenous financial crisis. There has never been such thing as ‘Corbynomics’ in Greece which could have triggered the crisis. In fact, there was no radical left-wing government in Greece until 2015.

I agree with the author that an ever-rising public debt is unsustainable. But ‘Corbynomics’ is not synonymous to uncontrolled spending and explosion of the public debt. Indeed, no one in the Labour Party, not even Corbyn, has advocated for such nonsense. At most, they might have said that a temporarily expanding debt during a crisis might be good way to relaunch the economy. But that’s not ‘Corbynomics’: it is Keynesianism, pure and simple.

Public debt is not the only important economic indicator. Focusing on this premise is a mistake, as other important indicators, which also show the real state of the economy, are thus omitted. There is clear evidence that moving away from austerity improves indicators such as unemployment and income, and that it reduces inequalities; add to this that increased public spending is compatible with reducing debt, and the case for austerity is dead. Austerity has been a terrible remedy to European economic flaws, indeed causing more harm than good. It is a policy that has lost its credibility, and, slowly but surely, is coming out of the mainstream. Let’s not revive it on false assumptions: it’s time to bury it forever.

PrevPreviousMay needs to shape up or ship out
NextThe Unwinnable War: America’s military campaign in Afghanistan is morally just, but ultimately doomed.Next
On Key