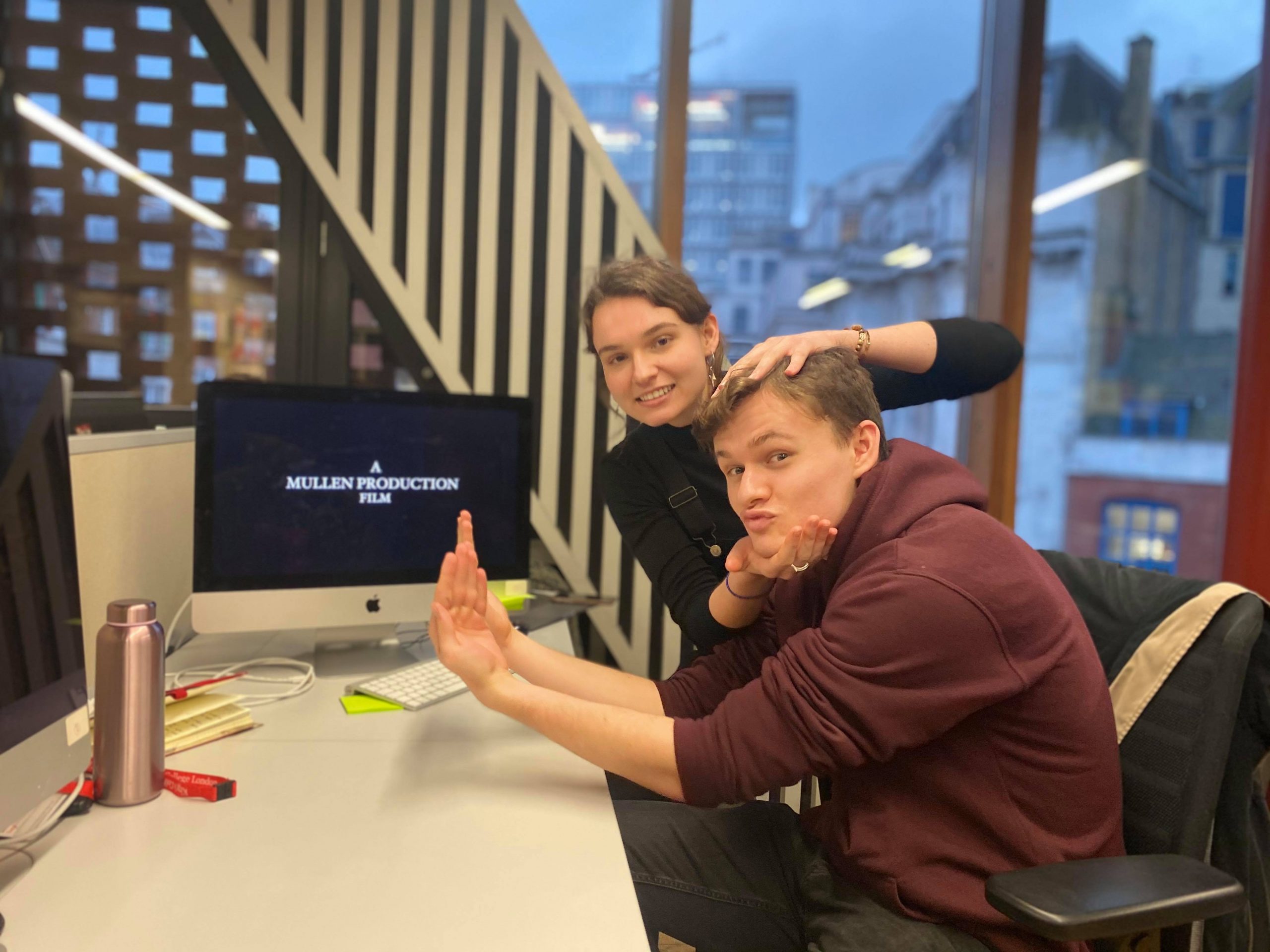 Call Me When You Get This premiered on the 31st of January 2020. Second-year IR student Sebastian Mullen wrote, starred in, co-edited, and co-directed the film alongside his sister Sophie-Anne. I was lucky enough to see it prior to its release and talk to Sebastian about the process and the inspiration behind his film.

Zehra Jafree: So Sebastian, tell me about your film.

Sebastian Mullen: Basically, I wrote it while procrastinating on my reading. Like last year, November-ish and then I ran it by my sister Sophie-Anne Mullen who’s studying comparative film and literature at King’s. And we decided to go and film it. So we filmed it in like March, April, May.

Zehra Jafree: Around exam time, was that stressful?

Sebastian Mullen: I mean, not really, it was more of a release for me. I would have to do all this work and then the film would be something that I could just like engage in a different manner. I feel like in my studies, I’m more academic. This was a creative release, it kept me balanced. We had a final cut by June. But after some reviews, we decided that we wanted to add a couple of things. We left it over the summer, picked it back up in August. We shot like, two extra scenes, and then we edited that together. We talked to Bianca who did the animations in the film, which are fantastic – thank you so much, Bianca. We finally got it done around December and then we wanted to premiere it in late December. And then bureaucracy kind of got in the way. So we’re like, okay, let’s push it to next year. We pushed it to the end of January.

Zehra Jafree: And now it’s happening! How are you feeling about everyone seeing it tomorrow?

Sebastian Mullen: Good. It’s very much a case of like: you work for so long on something that at a certain point, the more stuff you do, the worse it gets. I’ve always had the tendency to not do enough work, and to just kind of trust that the message that I put into it will take hold anyway. So it’s nice that I’m able to work with my sister who is perhaps the opposite of me. So we have a nice balance there as well.

Zehra Jafree: Very cool. So you guys were co-directors and co-editors, but you’re the screenwriter? Is that right?

Sebastian Mullen: Yes. Well, the editing process was basically up till June for the first final cut. I edited everything. Like I spent entire days in [the Media Centre] just figuring out all the sound and stuff like that. But since then it’s been far more my sister who’s come in and done really good final touches, making it actually proper good.

Zehra Jafree: Where did you get the inspiration for the story?

Sebastian Mullen: I often visualize things anyway. So I was thinking about this conversation I had with a friend and I thought, oh, that’d be hilarious. Because as I usually do, I think my life would be a fantastic sitcom.

Sebastian Mullen: *laughs* Ok, it originally started as a comedy scene between two people on a bench. It was called Lou and David Talk on a Bench. I’m great at titles. And then eventually kind of spiralled into what it is now.

Zehra Jafree: So Call Me When You Get This is about a friendship where two people drift apart. Where does the title come from?

Sebastian Mullen: The title comes from – like you’ll get it within the first 10 seconds. It also adds to the idea of that distance. Like you’re not able to contact someone, so you’re leaving a message.

Zehra Jafree: Perfect. Anything else you want to say, Sebastian?

The film is beautifully shot, wonderfully acted, and Sebastian is absolutely right – the animations are delightful. If you haven’t watched it yet, here’s the link!