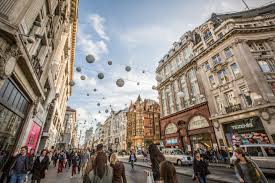 Editorial: The Case of the Misheard Gunshots

Last Friday, I was at home resting with my flat after a terrible Zoo experience when I saw it. The BBC notification that something had happened in Oxford Circus hit our phones at the same time, and soon messages were pouring in to team chats, advising people to be safe, speculating on what happened, and telling people to avoid Oxford Circus.

Never mind that no-one seemed to have any idea what was going on. The BBC merely said that there was a rumour that gunshots had been heard. The Daily Mail asserted that there was a gunman on the loose. It was clear that people in Oxford Street were in a state of panic; at least that much could be ascertained from the videos shared on social media.

And who would blame them? When people are running around like headless chickens, dropping their bags and fleeing inside buildings on one of the busiest shopping days of the year, the human instinct is to join them—not to wait for someone to independently corroborate the story of hysterical passers-by. As it happened, the police stood down their operation after 6 pm, an hour and a half after the “gunshots” were first heard. It transpired that the chaos was created by two men who started fighting each other on an Underground platform, and the gunshots were more likely to be the sound of construction (very similar, as any LSE student can tell you). I’m sure many people felt foolish.

Yet I sympathise with the panicked pedestrians: it’s infinitely better to run now, and then feel foolish, than to actually be caught up in a hideous attack a la London Bridge. The UK’s nerves are on edge after the three awful terror attacks this year in Westminster, Manchester and London Bridge. The non-incident in Oxford Circus shows how easily misinformation can spread, and how quickly the system can descend into chaos—all because of two men fighting on a platform.

Olly Murs tweeted about hearing gunshots while in Selfridges; Kay Burley, a Sky News presenter, claimed that there was “a man with a gun” in Oxford Circus; and Mail Online speculated that a lorry had plowed down pedestrians, saying “witnesses describe seeing a lorry surrounded by police on a pavement covered with blood”. Olly Murs was just repeating what he thought was true, and what people were saying. He was at the scene, so I suppose he thought that it was better to be safe than sorry, even if it was unverified information. But I have no patience for the Mail Online’s false claims, which have since been deleted from the website, especially since it seems to have been pulled out of thin air. A news organisation is supposed to report facts, not invent them. For all its merits, misinformation can spread on social media as easily—and with as much conviction—as true breaking news. This incident drove the message home.

Moral of the story? Only trust the BBC for breaking news—they may be slower than Twitter, but they are thorough. Personally, I was glad to return to my Carol preparations. It was my first and last Carol, and I had hyped it up in my head, but like most things in life, it was excellent in parts and awful in others. I will never understand the appeal of Zoo.

PrevPreviousUpdate from your Education Officer
NextEditorial: On the Decline in TurnoutNext
On Key