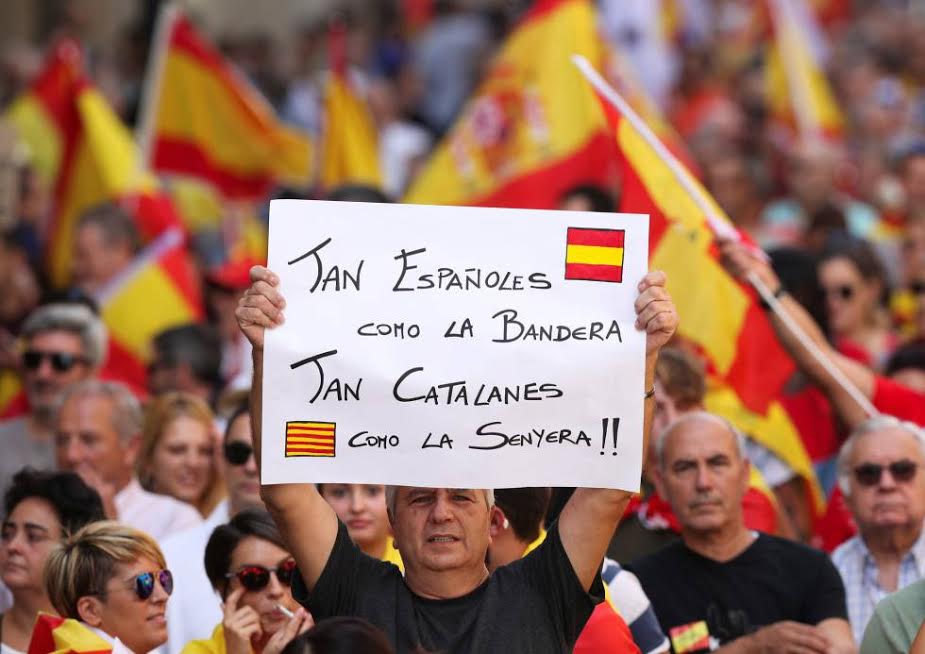 Catalonia is the autonomous community which contributes most to the Gross Domestic Product of Spain, providing around 19%. An autonomous region that prospered largely thanks to the work of immigrants, mostly from other areas of Spain, and a community that continues to prosper economically, since most of their exports are sold to the rest of Spain. Catalonia is also the autonomous community that has received the highest amount of investment in infrastructure from the Ministry of Development since 2006, and at the same time is the autonomous community with the largest public debt, a debt of 76.727 million euros, which continues to increase each year.
Before the crisis, Catalan independence was supported by less than 20% of the Catalan population, and independence sentimentalities grew to current levels during the economic recession. However, it should be noted that “between 2010 and 2015, the Catalan government reduced housing, education and health budgets by more than 15%”- more than in any other autonomous community. The President of the Catalan Government since 2016, Carles Puigdemont, currently earns 145,500 euros- nearly double the 79,300 earned by Mariano Rajoy, President of Spain.
Several former Presidents of the Catalan Generalitat have been involved in cases of corruption, including Artur Mas, who years ago said that he saw “the concept of independence outdated and a bit rusty”, but in 2014 was the one who raised the Catalan consultation that took place the 9th of November.
Artur Mas is not the only figure presented with these kind of contradictions. Carles Puigdemont himself voted “NO” when a 2014 motion was presented for the self-determination of the Kurds, the Palestinians, and the Saharawi people.
Puigdemont, who had the opportunity to contribute legally to the process of self-determination of other peoples and decided not to give them the right to a legal and democratic referendum, yesterday carried out an illegal referendum that violates Spanish Constitutional Law, in a region where the majority does not want the independence proposed by a minority government. A referendum with no minimum of representation, no census, no ballot boxes, with ballots printed in the homes of the independence supporters, with people who could vote in any school and without counting how many times people could vote, for a vote count that would then be carried out by the independence supporters themselves. This referendum has neither legality nor guarantees, since contrary to what independentist Catalan leaders say, Catalonia would be left out of the European Union, and to enter the bloc they would have to apply and obtain a unanimous decision of all its members- in this case, Spain would be the first member to veto their entry. This would mean a huge collapse of Catalan exports to its main customers- Spain and the rest of Europe-, and a great decline in foreign investment, as the principle investors in Catalonia are also members of the EU.
This referendum has discredited Spanish democracy through a campaign based largely on pure demagoguery and manipulation of people’s sentimentalities. The 1-O has not only managed to fragment the Catalan society, but also threaten the unity of Spain. A nation that has been united since the creation of the Constitution following the death of a dictator, the greatest oppressor of the Catalan people, who forbade the use of a language that today is not only a right for the Catalans, but an obligation in Catalonia imposed by its leaders. An oppression, which the independence supporters speak of as if they were the only ones who lived it, as if the rest of Spain did not have relatives, neighbours and friends who fled from bombing, who hid in basements for years, who did not have a breadcrumb to put into their mouths, who disappeared, and the last image they had was that of the rifle aimed at them, pressed against the firing wall.
Catalan independence is nourished at an international level by the promotion of a sense of victimhood, a role which is played to perfection. These days, Catalan charlatans of the Rufian or Junqueras variety, or even characters like Guardiola, reappear on the covers of all news media. Again, they return to talk about the oppression suffered by the Catalans, and compare us to the government of Erdogan in Turkey, or Maduro in Venezuela. Spain has fallen into their provocation trap, and there is no longer talk about the illegality of the referendum in the international press; now the talk is about the (fake) unity of the Catalan people, and the police brutality sadly observed yesterday due to late mismanagement of the situation. They will soon ask for support from the international community to give justice and freedom to the Catalan people, as if Catalonia were Palestine or Kurdistan- those truly oppressed peoples that the Catalan rulers turned their backs on only two years ago. Those truly oppressed peoples, if they had the opportunity to speak to them, would say: how lucky you are to be Spaniards.

PrevPreviousUK fails to grasp EU’s internal logic
NextSharing blame: Why the Catalan issue is not a good vs bad storyNext
On Key