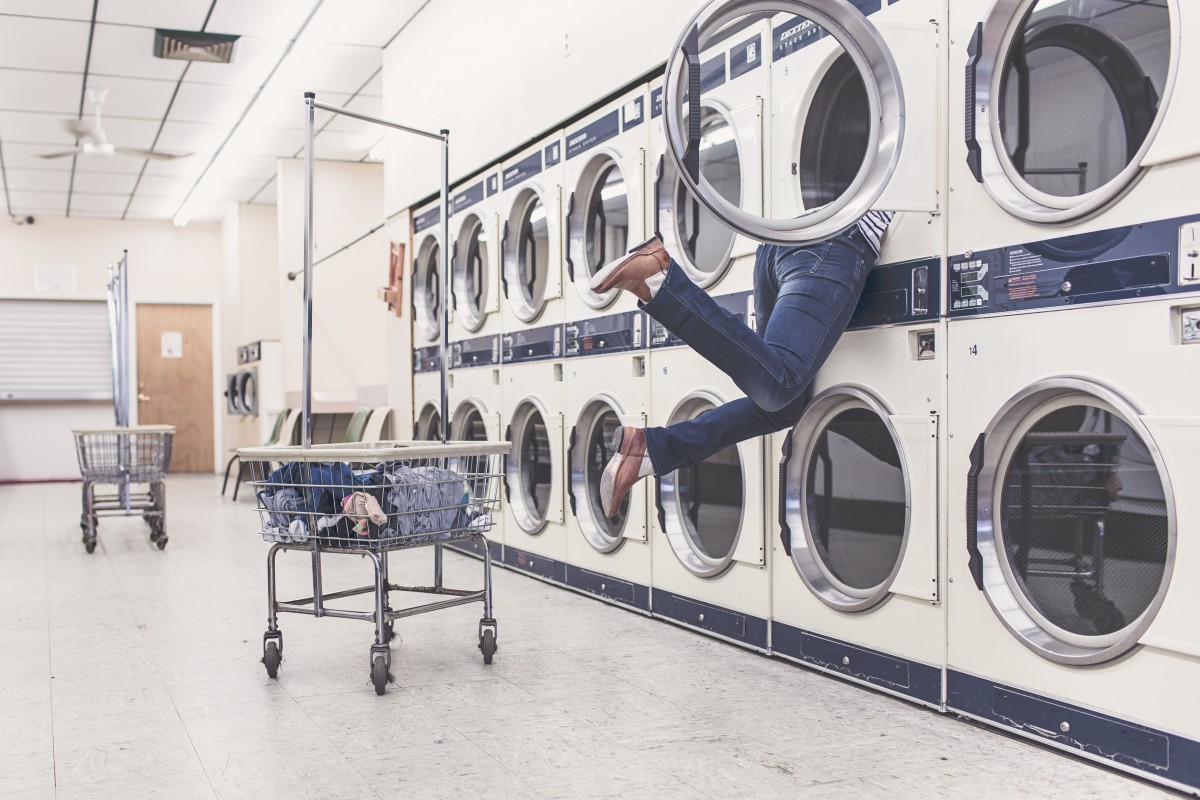 Circuit VS the rest: The silent struggle over university laundry rooms

Circuit has long been a dominant presence in university laundry rooms. But as anger mounts over falling service standards and exorbitant prices, is Circuit here to stay or is there a risk of it being washed away?

Chloe Forletta has had enough of Circuit Laundry. Like many LSE students, this first-year Law student encountered a familiar sight in February, when she went to collect her laundry from the dryer at Bankside House – wet and damaged clothes.

“I have had five separate issues with clothes been ripped, marked, and the (washing) machine just not working or draining,” she says. “I ran circuit twice but I did not get an answer. I spoke to (the) reception but they didn’t care.”

Up and down the country, from Edinburgh to Exeter, complaints about Circuit Laundry are a recurring feature of the student hall experience. But as the company consolidates its control over the university laundry room, it is facing increasing pushback.

Last November, Circuit’s parent company, JLA New Equityco (JLA) was ordered by the Competition and Markets Authority (CMA) to sell off another university laundry services company it has acquired, Washstation.

This decision came after the competition watchdog, which is responsible for regulating and preventing anti-competitive practices in the UK, launched an investigation into the acquisition made in May 2017, amid concerns it would harm service standards in the sector.

In a report published in October last year, the CMA found that price and service levels may already have been hurt by the acquisition. “We conclude that, unless there are countervailing factors, the Merger has resulted or may be expected to result in…adverse effects,” it said.

JLA currently controls more than 90 per cent of the university laundry services market, but new players have risen in recent years to challenge its dominance.

One of the competitors eyeing the market is Armstrong Laundry Services, a company based in Newbury. In an interview with The Beaver, its Director, Thomas Lowes, claimed that the company currently has ambitious plans in the works to expand into the university market . “Our decision to expand, depends a lot on the CMA process,” he said.

But the CMA has concluded that Armstrong represents a weak constraint to JLA, and its market share has declined in the past three years. Mr Lowes concedes that his company currently holds only a three to five per cent market share, and “never had much success” in the university laundry services sector, despite having entered it over 20 years ago.

Washstation, however, had made further inroads before its acquisition, despite a complicated relationship with JLA. The company was established in 2012, by the founder of Circuit Laundry, Alistair Copley.

Despite having sold off Circuit Laundry to JLA in 2002, Mr Copley re-entered the university laundry services market after identifying new business opportunities. By 2017, the firm had managed to acquire a five to 10 per cent market share, by the CMA’s estimation.

JLA argues that this means it is already facing competition in a sector that has low barriers to entry and that its acquisition would not affect service standards, as Washstation was already a “weak competitor” in the university laundry services market.

“The evidence will show that…there cannot – on any plausible basis – be a substantial lessening of competition or harm to consumers as a result (of the merger),” the company said in a statement to the CMA.

Washstation declined to comment on this story citing the sensitivity of the resolution process for the CMA’s decision.

While competitors like Armstrong say they have been behind the curve compared to JLA in adopting new washing machine technology in the past, such as having a remote paying system, they are now fully up to speed in this regard, said Mr Lowes.

“In terms of equipment capabilities, there isn’t a huge point of difference between us – washing machines are not aspirational machines,” he said.

But Mr Lowes, like others in the industry, argue that the university accommodation market holds unique challenges for small players.

Since Circuit was incorporated in 1994, the university accommodation sector has undergone a significant transformation with the introduction of revenue-sharing arrangements between laundry service providers and laundry equipment providers.

Such “vend share” arrangements involve contracting a laundry service company to supply, install washing machines, and carrying out repair and maintenance works. Accommodation providers receives a predetermined commission from the company, and avoid paying rent for the machines.

JLA is offering increasingly high commission rates to their customers, say industry insiders, which commonly hover around 50 per cent, but can reach as high as 60 to 65 per cent of machines’ revenue. There is increasing pressure on new players to match these rates, which was unsustainable for Washsation in the long-run, said Mr Copley in an interview with the CMA.

The popularity of such contracts have been coupled with increasingly costly demands to improve students’ welfare, like the refurbishment of student laundry rooms and additions like seating.

“This can leave us squeezed from both sides, in the need to meet both accommodation requirements and revenue margins,” said Mr Lowes.

That is, if there is even any business to come by. Successful rival bids are rare in an industry where private accommodation providers are not obligated to trigger open tender processes for laundry service providers, Mr Lowes added.

Although public sector universities are obligated to follow a formal tender processes for contracts for managed laundry services if their value exceed £181,302, universities who fall short of this threshold and private accommodation providers often engage in private negotiations with providers like JLA.

This practice, combined with long contracts which can last eight to ten years have effectively shut out competition from an already challenging market. The LSE, like other universities has a long-term contract with Circuit that only expires in 2021.

In a statement to The Beaver, an LSE spokesperson said that the university will be reviewing other options after this date. “We performance manage the contract with Circuit and work with them to address any issues when they arise,” the spokesperson said.

“From December 2018, we extended the drying time on the tumble dryers by ten minutes, in response to student feedback,” said the spokesperson, when asked whether service standards have declined. They later added: “We have also frozen the cost of the laundry service for three years and provide one of the most affordable laundry services across London universities.”

DUE FOR A SHAKEUP?

There have been sporadic calls by students to bring laundry services into self-management in LSE and other universities. But most attempts to do so in the past have fizzled out. With average costs of installing machines equipped with the necessary technological capabilities reaching upwards of £200,000 to £250,000 pounds, the accommodation providers balk at taking on the costs.

Most student leaders admit that there is little they can do to effect significant changes. Mia Roach-Penn, the President of Passfield Hall Student Committee, told The Beaver that although drying time has been lengthened and students can seek refunds if they discover unaccountable stains from the washing process, complaints still persist.

“Students are concerned about the price, and the fact that drying is often still inadequate,” she said. While she believed that an inter-halls effort to negotiating with Circuit was ideal, she said that the committee will just be advising individual students for now.

Students like Chloe are increasingly pessimistic about possible change.“As a working class student it’s really disheartening. I have to work as a waitress to pay for my things and to pay the huge fees,” she said. “I firmly believe that this is yet another example of the awful marketisation of universities deferring responsibility and putting profits above poorer students.”

The LSE says it encourages students who are experiencing issues with laundry services to report them to Circuit and the Residences team and raise them in the accommodation satisfaction survey.

For now, both new and existing players are more keen to focus on other laundry service sectors like the hospitality and healthcare sector where demands are less onerous and revenue streams are more secure.

In a capital-intensive sector where judgements about future demand by students for laundry services are highly speculative, and investments usually take two to three years to breakeven, this is a necessary alternative prioritisation, says Mr Lowes. Nonetheless, he maintains that Armstrong is interested in opportunities in the higher education accommodation sector.

But as it has always been, universities and student accommodation owners, will have the final say. It remains to be seen if most will make the jump from Circuit to other players in the market. Mr Lowes argues that the onus lies on them to offer accessible tenders for bidding. “We will be proactive, but you don’t come by tender offers every day,” he says. “No business can operate without making a return.”