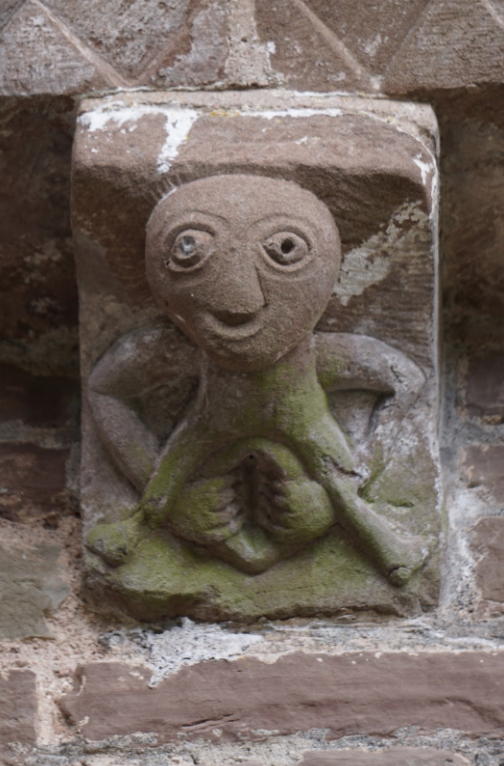 Cliteracy Class 7: a brief history of the pussy

For the first Cliteracy of the decade, let’s travel back in time to the first pre-historic female squatting down awkwardly over a particularly reflective pond, craning her neck and taking a peek at this thing we call the vagina. Get out your colouring pencils, skywankers, because today we’ll be tracking the troublesome history of the vajayjay, or more accurately the vulva.

You see, we’ve been misusing ‘vagina’ for years. It only describes the holy hole, ignoring all the best stuff down there *clit*clit*. The word’s Latin translation is ‘sword sheath’, which, let’s be honest, is a bit sexist. My vagina is no holding place for anyone’s sword, it’s the bloody main event. Supposedly, in this visual, the penis is a sword, built for harm and destruction. It’s not exactly an idea we should promote. Vulva, on the other hand, is the sexiest of words. Just try saying it slowly, vuullllvvaa — your tongue slides between your teeth then you graze your bottom lip as you pronounce the last ‘vvvaa’. It already makes you feel naughty. The vulva depicts all the hidden treasures within the labia lips: the clitoris, urethra, and vagina. So remember: vulva not just vagina.

Surprise surprise, western society’s understanding of female genitalia has a heavy dose of sexism and stigma attached. Hippocrates kicked things off in 400BC when he referred the female “ΡΦΖΖΨ” (as it was known to the ancient Greeks) as her ‘shameful parts.’ A couple centuries later, Roman physician Galen added to the story concluding that female genitalia was the inversion of its male counterpart, making women the imperfect version of man. Nice. Real nice. Fast forward to 13th century Germany, when the Catholics labelled the clit the ‘Devil’s treat’, because, of course, it’s the spot where Satan sucks out ungodly women’s souls. Sounds pretty nice to me, Satan can suck my clit as much as His Wickedness would like.

Thankfully the entire world was not as clitphobic as the West. In Egypt and Japan, goddesses would lift their skirts, exposing pussy power to scare evil and increase crop yield. Medieval Europe (before all that Catholic shame) produced the Sheela Na Gigs carvings, which depict a woman pulling open her vulva for all to see. Although the meaning is not known, I’d like to believe she’s thinking ‘Oh shit, I am never going to squeeze a baby out of that, not worth it.’ Ah, the wonders of the female body.

This story cannot be entirely told with jokes and innuendos. Much of our current knowledge of female gynaecology has come at unforgivable costs. James Sims, an American physician in the 1840s and arguably the founder of gynaecology, developed his knowledge by experimenting on enslaved African American women. He performed these experiments without anaesthesia and performed thirty operations on one woman, beginning the torture when she was seventeen. We cannot allow this part of our history to be forgotten. It cannot happen again.

Although far less sadistic than in the 1800s, medicine has continued to have more than its fair share of discrimination against women. The male assumption has so skewed medical knowledge that many women were surprised in 2019 when a viral picture showed them anatomy they had never seen before, milk ducts! I remember feeling shame (a different kind to the Catholics) because the picture shocked me. How could I not know what I had beneath my own skin? (Spoiler: Pussy Galore is a female).

Only in 1994 did the US National Institute of Health require clinical trials to include women. If you aren’t sufficiently blown away by that, let me emphasise it. Up until 1993, just 27 years ago, it was assumed that all drugs worked the same way on men and women, so the effects on women were never measured. Even though we have different anatomies! Different bodily functions (I BLEED)! Must I go on! Sorry skywankers, my outrage got the better of me.

In fairness, one historically bad bitch did not let medical bias get in her way. In 1924, Princess Marie Bonaparte had an itch to scratch. She had enough of never orgasming from measly penetration, so she decided to test a hypothesis. She conducted a study measuring the distance between the clitoris and vagina of 243 women, and concluded that women with clitorises further from their vagina find it more difficult to orgasm during penetration. Sadly, it did nothing to improve her sexual frustration. But hey, now the world better understands this fickle flower between my legs.

Perhaps my favourite, though upsettingly recent, female sexual discovery is the 1998 MRI imaging of the clitoris. This heavenly button, forever joked about by men questioning its existence or never finding it, was discovered to be a massive and complex structure, even larger than the penis. So, to you dick swingers comparing your endowments: you got nothing compared to what I’m packing.