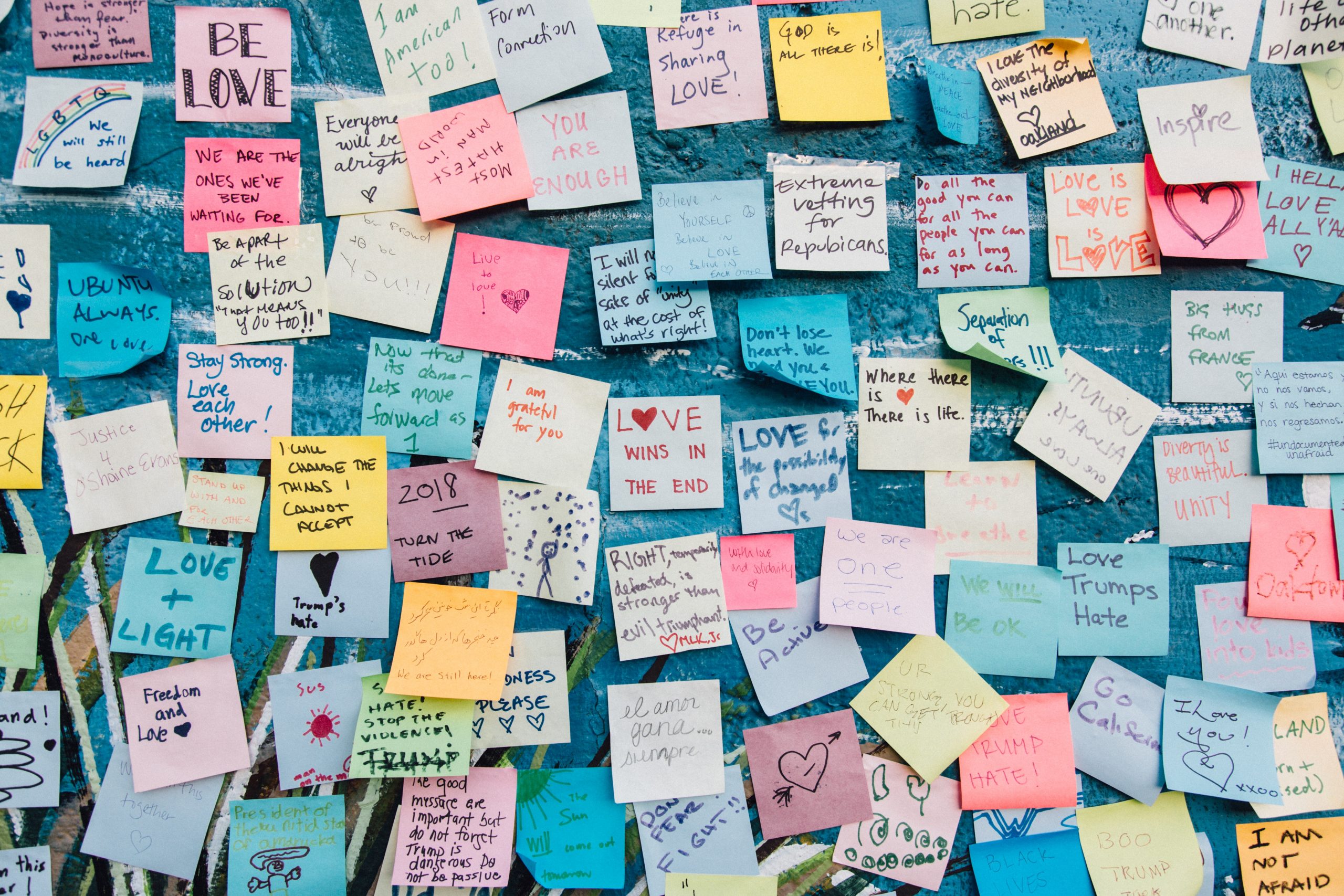 Comment: Spread kindness and compassion, not hate and negativity.

In life, what is most desirable is often the least likely outcome. The Covid-19 pandemic epitomises this. As the new coronavirus traverses the world – forcing many countries into severe lockdowns and others to implement strict social distancing measures – it’s clear that we need positivity and global cooperation to manage and curtail its spread. Yet, what we have seen so far has been questionable.

Undeniably, news reports on the resilience of frontline workers, solidarity displayed by numerous countries in support of healthcare staff, and individuals who have gone above and beyond their duty to help others in need proliferate our faith in humanity.  However, the initial complacency displayed by many governments around the world in taking the Covid-19 virus seriously, childish blame battle between officials of China and the United States and surges in reported xenophobia around the world remind us that we have a lot to learn and improve on.

When reports of the virus emerged from Wuhan, it was pretty clear that few countries fully grasped the severity of Covid-19 and took it seriously. As the number of cases rose in Asia, many individuals focussed their energy on racism and xenophobia towards Asian-looking individuals or blaming China instead of playing their part to contain the spread. It was unsurprising when my parents warned me to stay alert in London; they feared that the way I looked increased my vulnerability. What dumbfounded me was how much I resonated with their fear for the first time. Having grown up in a multicultural society, my life had been a bubble where I never believed my race was something that could impair me.

Of course, I’d hear the rare occasional stereotypical misconception about Asians or Singapore from my non-Asian friends in London, but their ignorant words – which I promptly dispelled – had never culminated into the anxiety I experienced in the first two and a half months of 2020. I was afraid to cough or clear my throat in public when the air was dry, or sneeze when my allergies acted up. Whenever I was walking on the street or on public transport, I was constantly looking over my shoulder whilst trying to remain inconspicuous.

When I chanced upon Jonathan Mok’s Facebook post detailing the racially-charged attack on him in Oxford Street amongst other reports on the use of the coronavirus as excuses to buttress racial assaults, my paralysing fear melded into overwhelming sadness. Although London is often lauded for its diversity, the fact that racists feel empowered enough to gang up on an individual on a busy street and were able to leave serious damage before anyone intervened exposes serious problems pervading societies like the United Kingdom. Namely, people’s overwhelming indifference to the plight of others and the inadequate enforcement of anti-discrimination laws and integration between different socio-economic groups.

Furthermore, the xenophobia mainly channelled towards East-Asian looking people, alongside the misconception that Covid-19 is only inherent in the ‘Chinese’, evidently serves as one main reason behind the virus’s worldwide proliferation. It also underlines the mismanagement of the initial situation by multiple governments. Nevertheless, finding blame or fault is irrelevant in helping us alleviate the economic, social and political repercussions of the pandemic. Yes, the Covid-19 virus may have originated from China but this does not mean that everyone Chinese or Asian looking is responsible for the actions of a few individuals, nor does it remove any blame from other countries.

The Covid-19 virus does not discriminate and neither should you. In fact, recent research enabling geneticists to trace the virus’ mutation lineage suggested that most coronavirus cases in New York were spread by travellers arriving from Europe. If anything, what we should take away from this is the fact that we all have an individual responsibility to self-isolate. We need to stay united; to do otherwise exacerbates the problems inherent in society. We need to find forgiveness and be empathetic because ultimately, we are all human and we all make mistakes. What is important is that we learn from them.

Yes, a ban on wildlife markets is definitely needed around the world, particularly in China, but solely condemning China for their ‘weird or cruel’ habits of eating wild, domesticated or ‘strange’ animals is hypocritical if you believe such practices are only confined to one specific country. Indeed, to view China as backwards in this way is to feed racist rhetoric. Humans have been mistreating animals and indulging in similar ‘weird’ or ‘cruel’ practices for a long time and you don’t have to look far to find such examples, even in the West. Slaughterhouses for cattle, poultry, pigs and other animals in many countries, which likely produce the meat and dairy you consume, have been widely criticised for their horrible treatment of animals and cramped conditions, yet the apathy many people have demonstrated towards these processes is commonplace. Hunting for the consumption and usage of wild game also currently remains legal and is still widely practiced in multiple countries within North America, South America, Europe, Asia and Africa. Many would consider it an integral part of British country culture. Not to mention the force feeding of geese and ducks in France to obtain foie gras and the consumption of domestic pets such as guinea pigs in South American countries like Peru – which are both deemed as ‘delicacies.’ What qualifies as a ‘weird’ animal to eat? If regularly eating something unfamiliar qualifies it as ‘weird’, then the fact people eat snails, rabbits and kangaroos amongst other things would be ‘weird’ to many people simply because no one is familiar with eating every single type of food on this Earth. I’m not condoning the mistreatment of animals nor am I implying everyone to be guilty of such practices. What is paramount is that you think twice before condemning a specific country or group of people for doing something without considering whether you directly or indirectly partake in similar ‘weird or cruel’ practices.

Finally, while self-quarantine can get boring for many of you, I implore you to spare a thought for those who are not as fortunate before you complain about your misery. Many people have been infected with the virus, are suffering from it or have lost someone to the pandemic. The worst part of it all is that, to the rest of the world, someone’s loved one is merely a statistic deprived of their identity amidst piling dead bodies. Other people in need of healthcare or suffering from various conditions deemed low on the priority list are unable to receive the adequate treatment they require, with isolation potentially exacerbating the state of their mental health in addition to their physical one. The Covid-19 pandemic has undeniably illuminated the socio-economic disparities prevalent in the world, with those at the bottom of the socio-economic hierarchy bearing the brunt of the virus’s impact. While you may be able to self-isolate in your home, many vulnerable groups don’t have that luxury. While you can afford to stay quiet about the discrimination inherent in society and hold on to your biases, many immigrants, who form a substantial portion of the UK’s healthcare workers, are risking their lives for you.  The least you can do is to treat them with respect. The birth lottery determines the circumstances one is born into. Anyone could have been born better or worse off than they are now. We should be doing everything we can to help society’s most vulnerable.

Even if what’s most desirable is often the least likely outcome, this doesn’t mean we can’t change our fate. Our mindsets and actions play pivotal roles in such changes. Staying home, speaking up for someone, a smile, a conversation, shooting your friends a text greeting or any seemingly insignificant action to us can actually leave a deep imprint in someone else’s mind. In fact, it could be the stepping stone needed to pave the way for societal improvements.

The next time you see someone down, stand up for them. Before you judge or condemn someone for their actions, think twice about yours. Instead of complaining, be grateful for what you have, not what you don’t have. Most importantly, have empathy and compassion for those who are facing unfortunate or difficult circumstances.

Martin Luther King once said, “In the end, we will remember not the words of our enemies, but the silence of our friends.” We need to stay positive and work together in order to overcome the challenges that lie ahead.