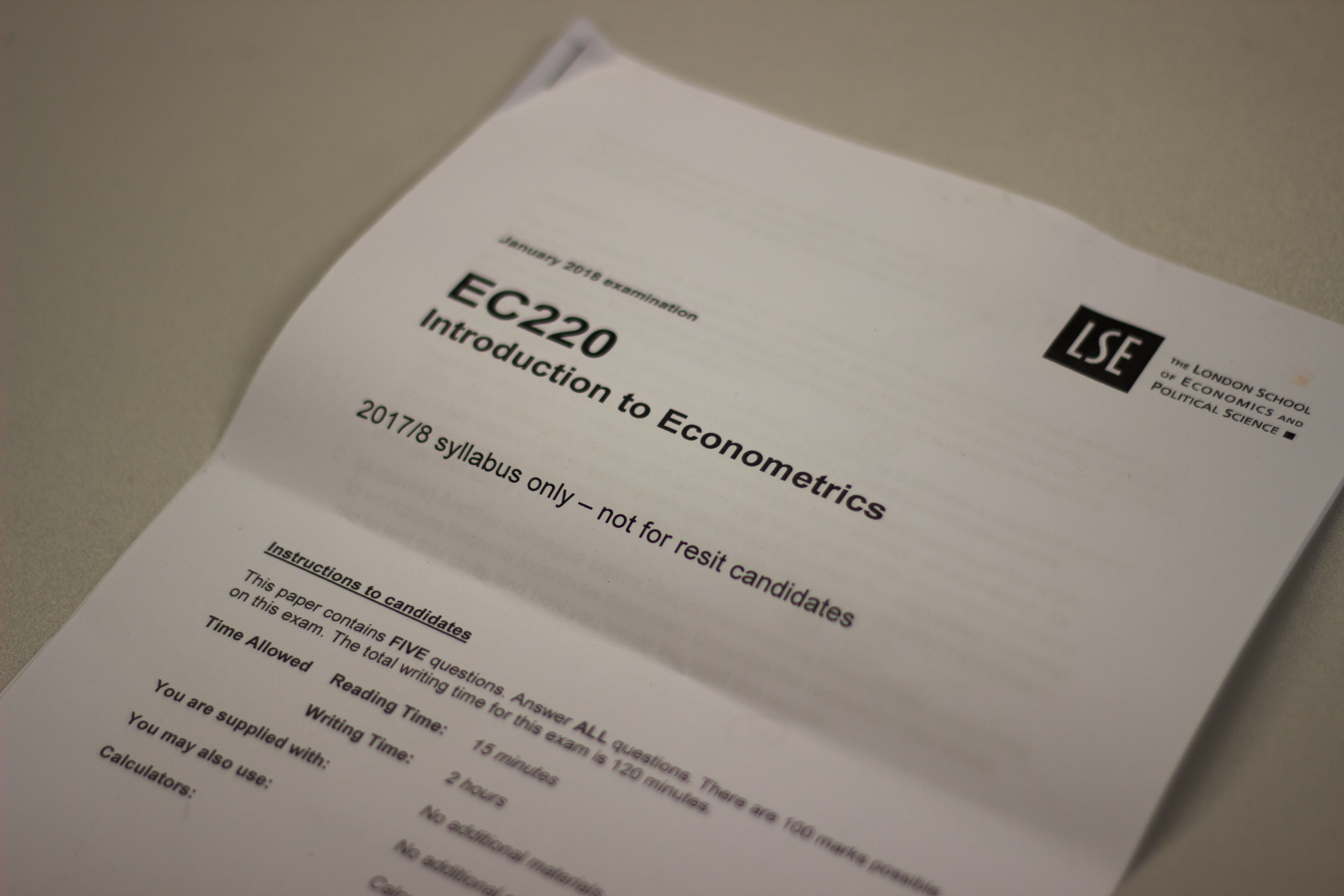 EC220 and EC221 students are vocalising their frustration over a reportedly “disorganised” and “unfair” economics examination held on January 4th.

At least thirty-five students have taken to the department’s Moodle page to complain that their exam was “inefficiently conducted” and that “valuable time was wasted due to misunderstandings” during exam time.

The forum on Moodle reveals that at least three students have subsequently filed complaints to the Student Services Centre regarding the handling of the exam.

The first surprise to the nearly 400 exam candidates was that the exam cover sheet stated that calculators were allowed, despite a Moodle post explicitly stating the opposite.

Subsequently, after minutes of confusion, invigilators announced that calculators would indeed not be allowed, despite at least three questions in the exam requiring calculators in order for the answers to be accurate.

Others complained that the examination content was incompatible with the instructions they had received in the lead-up to the exam. For instance, students were explicitly told by their class teachers that ‘Stata commands’ would not feature on the paper; indeed, a question requiring knowledge of Stata commands did appear.

There were also concerns about the transparency surrounding the new examination format and the paper’s length compared to those of previous years. Despite students being told to expect a paper of ‘very similar in style and content’ to previous papers, they were surprised to see a paper comprised of five questions, rather than the usual two.

One student voiced their frustration on Moodle, saying: “I think I can speak for everyone that the paper was thought to be structured like the past year paper. Given the lack of transparency regarding this, there should have been a mock paper given out to let us know the vast difference in paper structure.”

Students appeared to be most disquieted about the third question of the exam, which was felt to have been poorly worded. A clarification about interpreting question 3 was issued half an hour before the end of the paper, at which point most students had completed said question and were forced to revisit it in light of the clarification.

This was felt to have been disruptive and stressful in an already lengthy examination. One poster on Moodle complained that “Q3 in particular had completely thrown me off… I was torn between finishing the last part of Q5 worth 12 marks, and correcting Q3. As a result, my answer became poorly structured and I lost my train of thought upon returning to Q5, where I had insufficient time to complete [the exam].”

Dr. Greg Fischer, Lecturer for EC220/EC221 in the Michaelmas Term, posted a lengthy statement on Moodle explaining that he would be “taking the unexpected change in calculator policy into account during the marking”.

Dr. Fischer acknowledged that leaving a question about Stata commands and interrupting the exam to issue a clarification about question 3 were both mistakes, and that he would be seeking to ensure fair exam marking.

Speaking to The Beaver, Dr. Fischer stated that his team were upset that the exam was stressful for students. He went on to say “You should be stretched in exams in your second year at the LSE, but not stressed. [The frustration at this exam] is a conjunction of many different things, and we were gutted [that it was stressful]”.

Some students were worried that even if question 3 and the calculation questions were marked leniently, the disruption in the exam which led to poor attempts at other questions would not be taken into account.

One concerned third-year student said “The exam was a highly stressful and disappointing experience… I had to rush through every question, and the exam was punctuated by stressful events such as the use of calculators and question 3. I hope that the administration considers all those points and gives students a specimen [paper] in the future.”

A second-year Economics student said “While I feel I was not greatly affected by the amendments and the last-minute announcement on the use of calculators, the paper was still poorly designed. Having more content than usual past papers, along with poorly worded questions meant that many students were not able to complete the paper in time, leaving some questions only partially answered.”

The Economics department is no stranger to controversy over exams. Last year’s EC210 students all had 10 marks added to their January exam scores over the Easter break due to an administrative error which purportedly saw “an intermediate spreadsheet of marks sent to the School, rather than the final version.” Dr. Fischer declined to comment on the potential moderation of the EC220/221 exam.