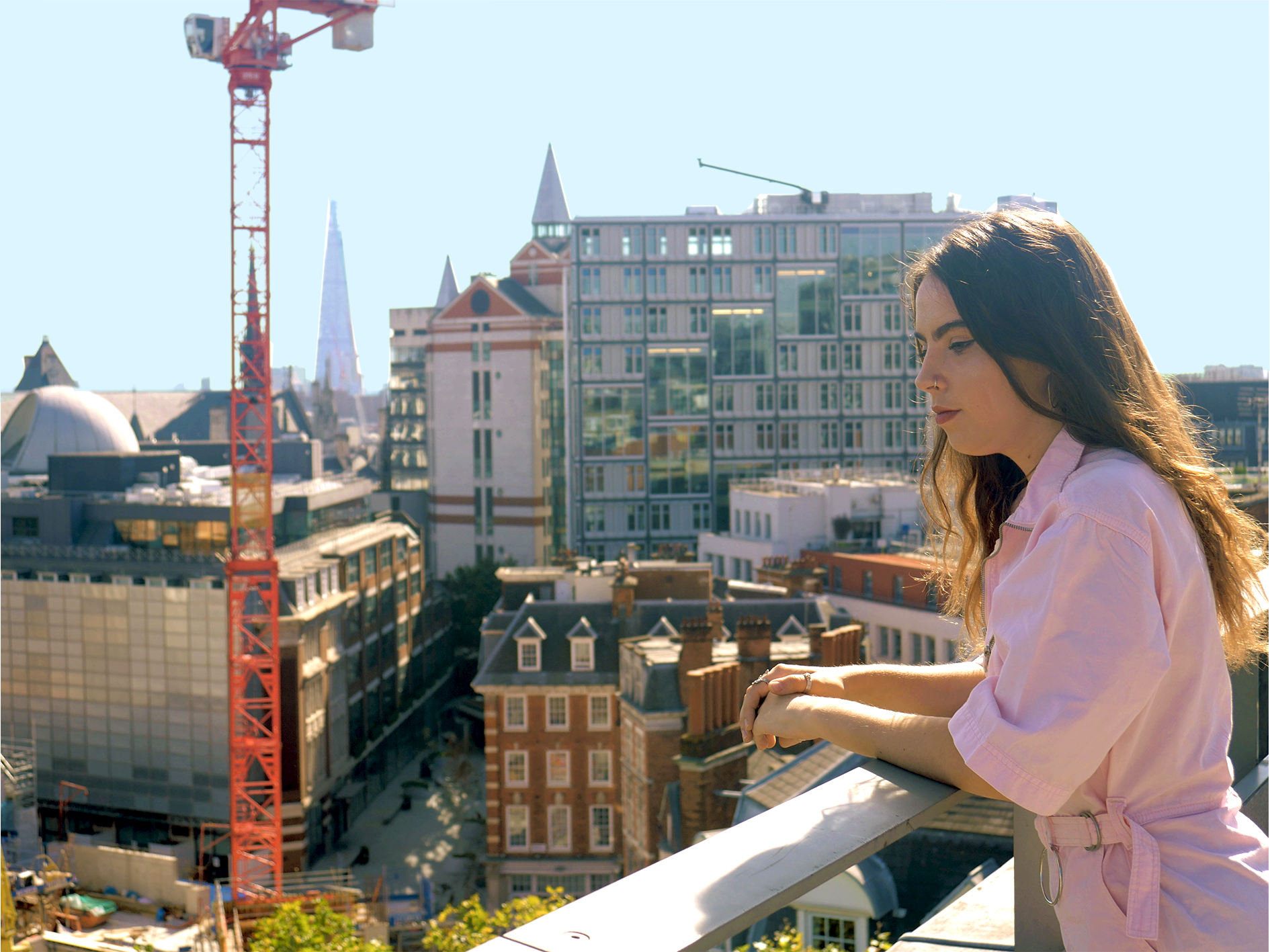 Ella Marshall on mental health, LSE and Freedom of Mind

Ella Marshall is so much more than the “token state school friend” that she’s described herself as.

It was a Sunday outside of term time so campus was eerily quiet when we met. It was also probably the last hot day of the year. And we took advantage of that fact by having a rooftop photoshoot where I talked to her about LSE, mental health, and the upcoming Freedom of Mind festival.

We started off with some quite basic chatter about why she chose LSE of all places. She revealed that she was attracted to the city of London itself, because of its cultural richness and that she’d applied to three London universities: LSE, UCL, and King’s. She chose LSE in the end because it stood out to her the most “in terms of the environment, the campus, the people.” Although, admittedly, she was torn because she really liked lecturers at King’s. We’ll forgive her for that one.

She was inspired to create Freedom of Mind after coming out of a severe period of bad mental health. She describes “incessant crying” and not being able to cope with the pressures of education, despite previous success. Eventually, things came to a head:

“I kind of made some sort of decision – like it’s just silly: I either kill myself or I live and make my life worth living.”

With a new lease on life, she became a member of Youth Parliament and inherited the mental health campaign.

“I took it super seriously, I spoke to so many different stakeholders in Bristol. A charity called Off The Record about their work with young people. I spoke the NHS Commissioning Group, I talked to counsellors, I talked to the Mayor’s Office. I basically started the campaign by doing as much research as I possibly could because I was roughly aware of what mental health was but not really about how it worked.”

Through her mental health campaign, she found the words to understand her own mental health crisis. “I’m suddenly realising what I was going through was definitely some kind of anxiety disorder. But I had never known that, I just thought I was sad and panicky.”

She also realised the big, systemic changes that need to happen – “the education system needs to change, more funding for mental health services”- but felt powerless to effect those changes. “You can add your voice to the pressure groups, but there’s so much going on anyway until austerity ends that’s not going to happen.” She decided what she could do was challenge the stigma surrounding mental wellbeing that had stopped her and so many others from getting help. And thus, the Freedom of Mind festival was born.

The festival is now in its fourth year, and Ella, with a lot of help from a small but dedicated team has managed to bring Freedom of Mind to LSE for the first time.

“A lot of kids coming here having creative interests maybe but literally just pushing them to one side in order to pursue this whole finance thing. Big finance, or law or those kinds of professions. I don’t think people are very free here… I see the beginnings of so many midlife crises.”

Ella still very much enjoys LSE, despite its reputation for having the lowest student satisfaction in the UK. She enjoys being challenged because of the fact that it’s so different from her secondary school, although she does identify as middle class.

“I relish the opportunity when people challenge me on things I’ve said or the way I think or whatever. That’s the thing I’m most looking forward to getting back to at LSE. I’m in the best place to grow myself because when you’re being challenged, you’re growing.”

She adds that she thinks the people dragging down student satisfaction down are “the ones that are relatively quiet, that don’t feel as comfortable to get involved with LSE life”. On that note, her advice to LSE freshers is simple: find your community by pursuing your interests outside of academia.  “The way that I first found people that I could really relate to and found this like, warm feeling about LSE was through PuLSE radio. I’m so glad that I did that… it’s really important when you first start of to do something like establish yourself in something that you enjoy that isn’t academics.”

Freedom of Mind LSE 2019 will run from the 7th-11th of October, in response to student demand for a more proactive, rather than reactive, approach to mental wellbeing.

PrevPreviousTen tips I wish I’d had when I started LSE
NextKinds of racism you’ll face at LSE, by departmentNext
On Key