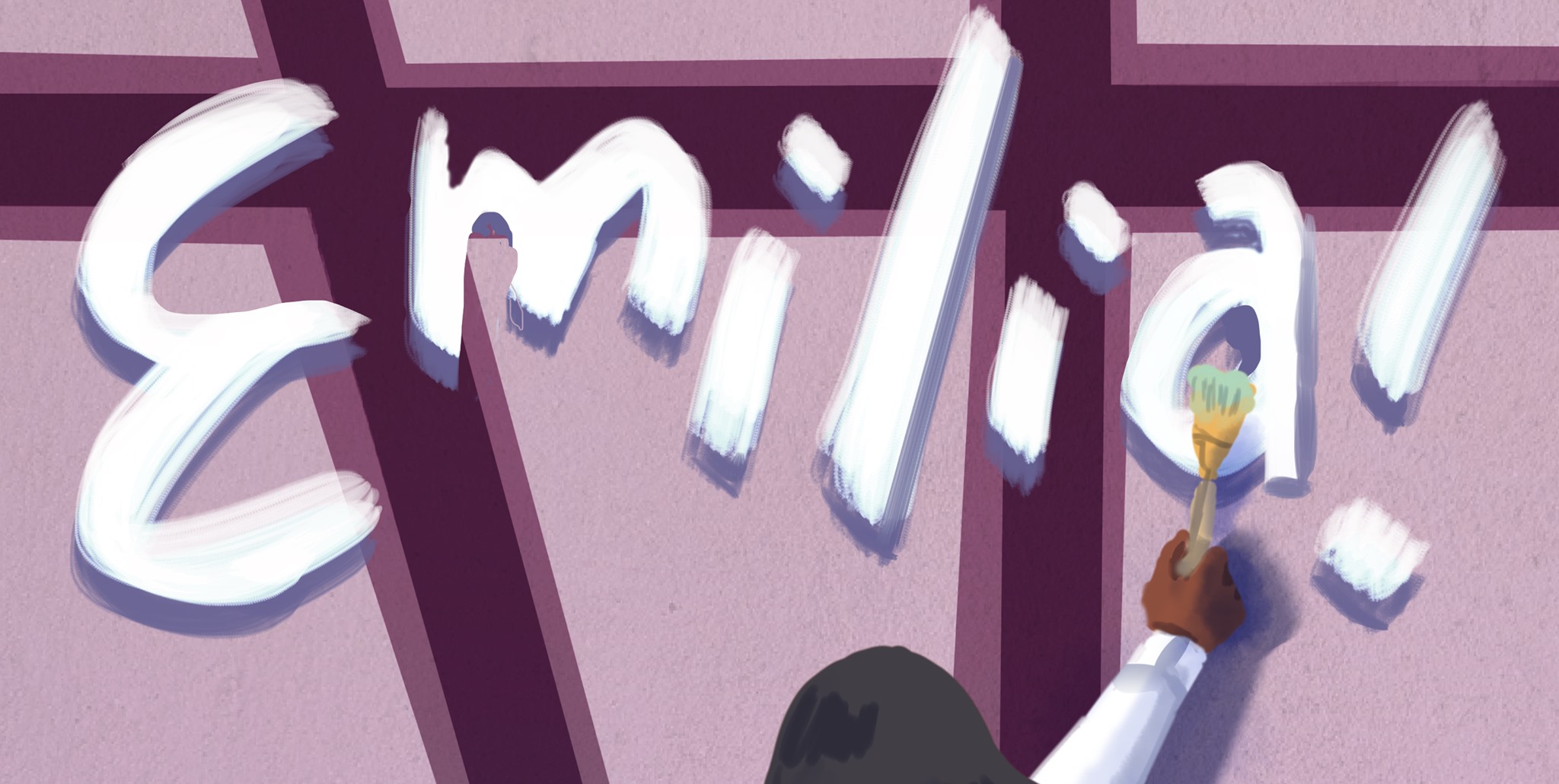 Near the opening of the LSESU Drama Society’s production of Emilia, the oldest version of the title character proclaims: “we are only as powerful as the stories we tell.”  The telling of Emilia Bassano’s incredible life story features an all-female cast, is directed by Zehra Jafree, and is one of the most powerful things I’ve seen on the stage in a long time.  Aside from being the first female published poet in the English language and having credible claim of being the “dark lady” in Shakespeare’s sonnets, very little is known about Bassano. As Jafree points out, “she was only remembered in the history books as a whore.”

The relevance of the perfomance just weeks following the passage of a motion forcing the SU to increase support for sexual abuse survivors isn’t lost on Jafree or Assistant Director/ Producer Anna Chedham-Cooper. “There’s a line in the play that says ‘We are Emilia’… every moment and every thing that this woman goes through, women go through everyday,” says Jafree.  The play is set in the late sixteenth and early seventeenth century, and Chedham-Cooper adds, “so many things have changed, but so many haven’t.”

The role of Emilia is shared between three actors at various stages of her life. Tanvi Surana shines as young Emilia, full of youthful promise and defiance, quick to chastise men who exoticise her, constantly scribbling in her notebook. Emilia in the middle of her life, played by Lola Fayokun, is remarkably understated and powerful in her portrayal of  bereavements and professional setbacks that clearly take their toll. But it is Deborah Afolabi that truly electrifies the room as older Emilia, articulating the undercurrent power, strength, and sadness behind the entire production. The final scene is one of such gravity and poignancy that there wasn’t a dry eye on or off stage.

The male roles are played with wit and sensitivity: notably Josie Stephens’ Shakespeare, who is delightfully pompous and completely blind to his male privilege. Exploring these male characters with an all-female cast is fascinating. For Chedham-Cooper, it was important not to “make them caricatures”, striking a balance with “the human part of the people that we don’t like.” This is expertly done across the cast.

The sense of the relevance and urgency of the subject matter is palpable throughout the production team, none more so than when Jafree details an example of leaving a rehearsal and witnessing sexaul harassment immediately after. Emilia serves as a bridge between the past and the present, a symbol of  the eternal solidarity between women. From the networks of courtly women secretly exchanging copies of Emilia’s work, to the uneducated ‘riverwomen’ Emilia offers to tutor, these bonds are glowingly apparent onstage.

The real-life Emilia is never far from anyone’s mind. “This woman who is no longer here…we owe it to her. I really, really hope that if she was looking she’d think ‘yeah that’s right.” Jafree says. “I believe we have done that.” In the words of Chedham-Cooper, “If you think you’d like the subject matter you should come and see this. And if you don’t think you like the subject matter then you definitely should come and see this.”