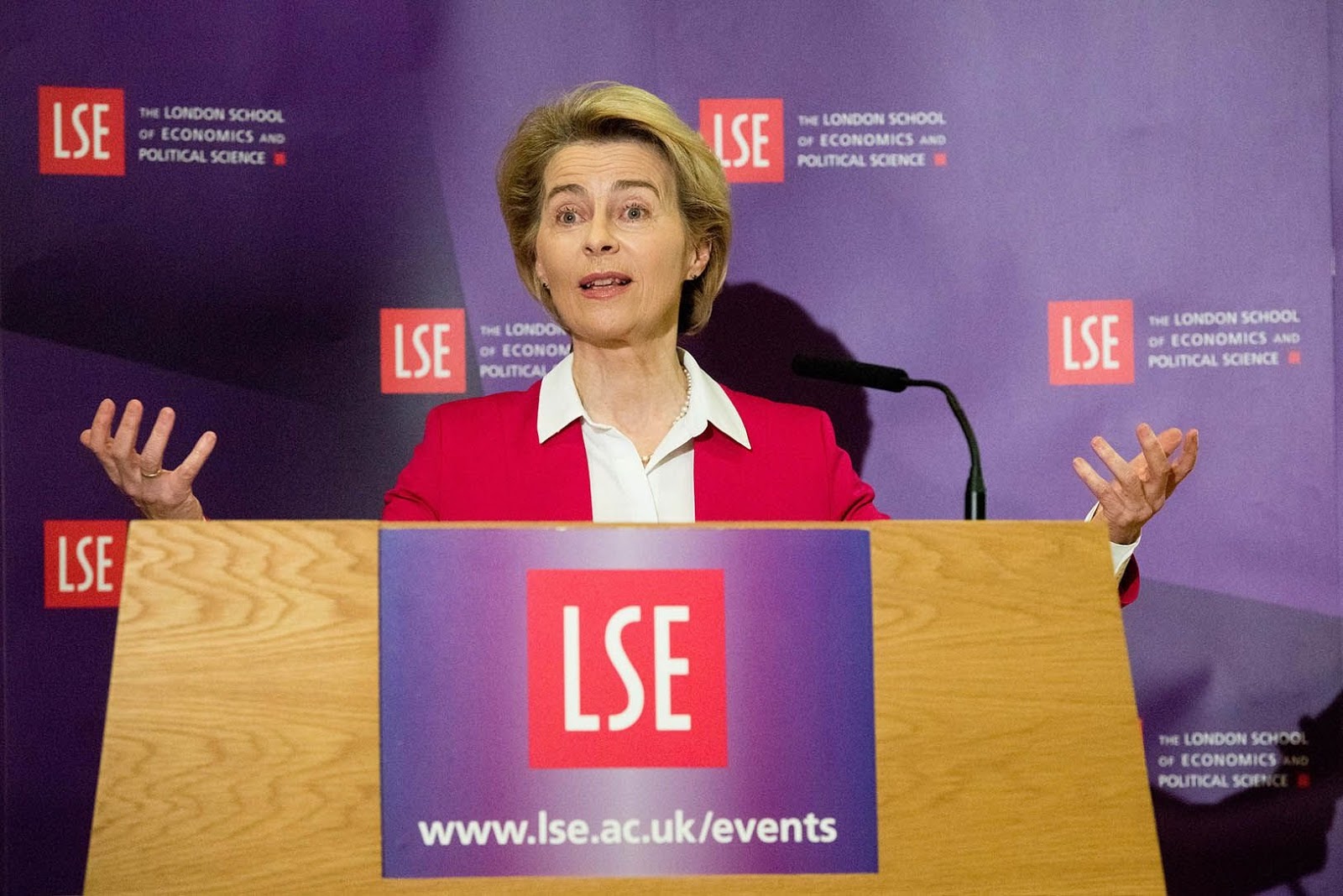 On Wednesday, 8 January, an LSE alumna now among Europe’s most powerful politicians returned to the university to address the effects of Brexit. Ursula von der Leyen, President of the European Commission and an important figure in the bloc’s negotiations with the United Kingdom over the latter’s departure from the EU, gave a talk titled “Old Friends, New Beginnings: building another future for the EU-UK partnership,” where she shared a sanguine prediction of the EU-UK relationship moving forward.

Von der Leyen’s speech referenced her personal and professional relationship with both Britain and the continent. The daughter of Ernst Albrecht, a German politician who later served as one of the EU’s first civil servants, the young von der Leyen moved to London from West Germany in the late 70s after threats from communist terrorists in East Germany to kidnap her. Von der Leyen studied economics at LSE under a pseudonym and received the protection of Scotland Yard. During her speech, she described her experience at the School and in the UK as spent “breathing freedom” and a time in which she “fell deeply in love with the country”.

She entered politics in the 90s and went on to become the first woman to serve as German defence minister. After serving as Deputy Leader of the CDU for nine years, she was elected President of the European Commission in 2019.

In light of her own experience, von der Leyen began her talk by acknowledging the role the UK played in the EU’s history, a relationship she said made both the UK and the EU “that much stronger.” Mentioning Britain’s contribution of “pragmatism and leadership” to the European project, she paid tribute to British leaders during the UK’s 45 years of EU membership such as Arthur Cockfield and Roy Jenkins. She also made a special point to recognize the thousands of Britons who vigorously campaigned to remain in the EU.

It was thus with palpable emotion that von der Leyen forecast the UK’s official exit from the EU on January 31st as a “tough and emotional day.” While she refrained from speaking about the particulars of the exit negotiations, von der Leyen struck a hopeful chord by noting that “the European Union and the United Kingdom will still be the best of partners…” with “unbreakable bonds.” She told the audience that her speech that day was not a valedictory and voiced the EU’s commitment to moving forward in pursuit of a cooperative and dynamic relationship with Britain.

This relationship will be built upon commonalities between the EU and the UK, von der Leyen said. She noted that the bloc and the UK hold similar security and economic goals as well as a strong mutual interest in intellectual cooperation.

Von der Leyen was sombre, however, in mentioning that the relationship between the EU and the UK could not be as “close” or as “cooperative” as it was before. One of the major consequences of Britain’s decision to leave the EU, she noted, is that the UK will no longer enjoy “the highest quality access to the world’s largest market” and could face reduced economic opportunities depending on how divergent the EU-UK relationship ultimately becomes.

Von der Leyen added that the nearing deadline does not allow for enough time to reach “agreement on every issue” and warned that the two parties “would have to prioritize.”

Despite the hurdles to come, the EU Commission President remained resolute that the EU and the UK can realize an agreement that includes “zero tariffs, zero quotas, zero dumping.” She described a vision of a “partnership that goes well beyond trade in scope,” especially in industries such as tech, finance, and fisheries.

She went on to say that the EU is determined to continue to provide opportunities for students on both sides of the channel to access to universities throughout the region. This is also a personal matter to von der Leyen, as one of  her seven children is currently a student at LSE and another is set to start at the university this coming autumn.

Von der Leyen ended her remarks on a cautious but hopeful tone by voicing her belief in the ability of the next generation to realize the fruitful relationship between Britain and Europe. Addressing the students in the audience at the end of her speech, she described Brexit as “not only the end of something” but an opportunity for a “partnership for your generation.”