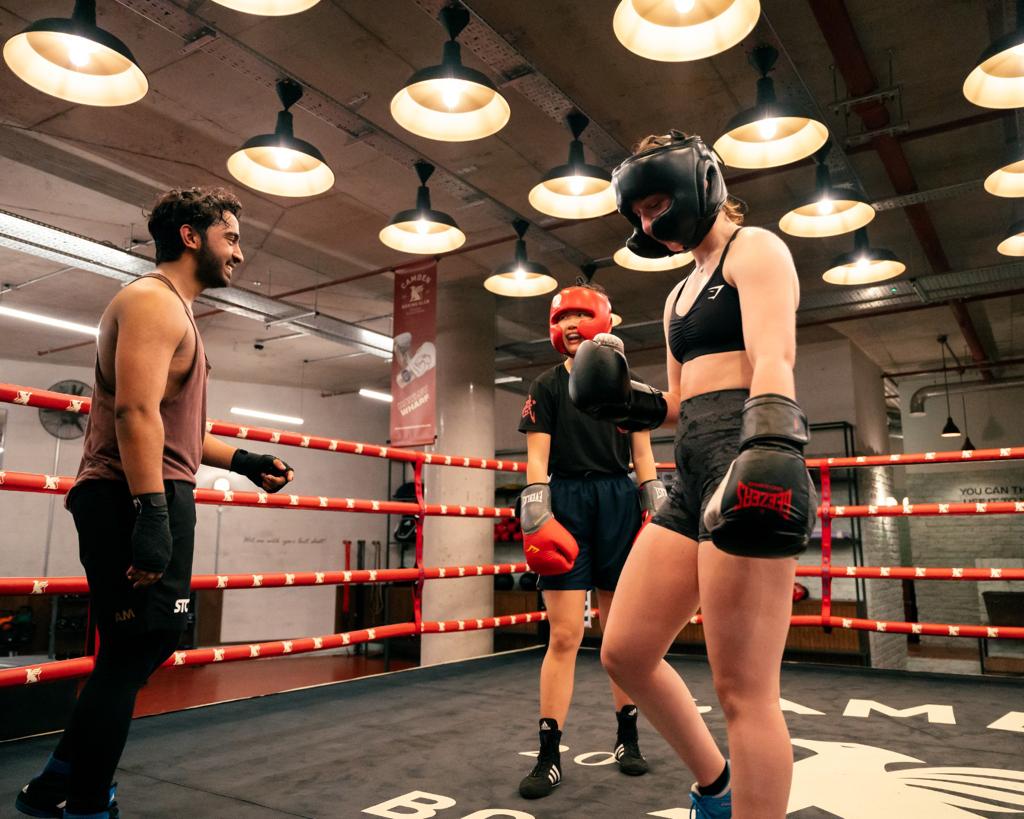 Fight Night, one of the most anticipated sport events at LSE, took place on March 23rd at the York Hall in Bethnal Green. Around 1500 people attended the event in the home of British amateur boxing, where LSE students had the opportunity to fight to win. The red and the blue team faced each other, captained by Abu Miah and Phil Saunes respectively. The 22 fighters were representing LSE Boxing as well as other sport clubs of the Athletics Union, with some of the participants having never boxed before and most having never had a fight. Competitors and reserves have been training since January, with three sparring sessions and two additional technical training sessions each week. Winning five fights versus the red team’s four, the blue team won Fight Night. The two remaining fights were draws. The next day, fighters and coaches were already back at the Marshall Building Sports Hall. They were all tired from the night before, but they also wanted to hear from their head coach technical feedback about the fights.

Lewis Fattahi has been the head coach of LSE Boxing for four years and was also in charge of preparing the fighters for Fight Night. He explained that preparation was very intense as all the fighters needed to be prepared correctly to be ready for anything that comes their way: “It’s great to see how all the fighters involved in Fight Night learned how to box over the last six months.”

Abu Miah, a final-year undergraduate, was in the red corner the whole night, coaching his fighters through their rounds. His experience was different to the fighters or the crowd because he had to be by the ring the whole time: “It was really noisy and at the end I was so tired, but it went great… I particularly enjoyed the fight between Josh Goldman and Arsh Sood: it was the best technical display of boxing skills we saw during the night.” Akshay, one of the fighters, shared this view: “That fight was insane.”

When asked for a comment, Josh Goldman congratulated his opponent: “It takes two to tango and we did have the best dance of the night. I want to thank Arsh for an incredible fight.” He emphasised that the best part about Fight Night was his team: “I loved every bit of training with them. They’re all great people.”

“It was a great night, the atmosphere was amazing, and everyone was crazy about the fight,” commented Ilana Zenouda, a master’s student and one of the fighters. Her favourite moment was walking onto the stage, feeling the energy from the crowd. She told The Beaver that the atmosphere backstage was unique: “You could really feel the team spirit.”

Cameron Fenwick was another of the participants. He started boxing in January and managed to win his fight last week. “My favourite moment was when they called my name before I got onto the stage.” He was representing LSE Swimming and when asked whether he will continue boxing, he laughed: “We’ll see – I need to think about it.”

For Eleanor Stoner, it was one of her best nights of her LSE experience. She loved the fight, but the best part was celebrating with the rest of the group at the end: “To be able to celebrate with the two teams with no divides anymore was great.” The day after the fight she is back at LSE Boxing, but she is not going to be training: “I just wanted to see the others and comment on the fight all together.”

Timothy Higgins, master’s student and one of the most experienced members of LSE Boxing, had been helping the newer fighters with learning correct boxing mechanics and tactics. “Fight Night is really a world class university-level boxing event. The chance to showcase their skill and commitment in front of a thousand of their friends and fans is something they’ll remember the rest of their lives,” he concluded.

PrevPreviousSocial life in…
NextAll seasoning, no meat: Fresh ★★★Next
On Key