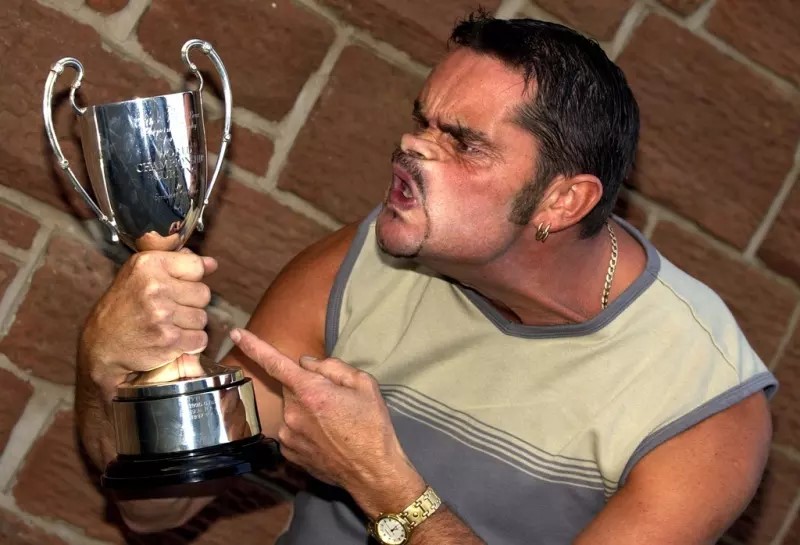 Perhaps, I should’ve titled this one just ‘Ultimate’, for I could well be getting a law suit from Wham-o-Toys who have trademarked the word frisbee. The rules are pretty simple, its basically like netball but instead of chucking a ball in a basket you have to a throw a frisbee to your teammate in an ‘end zone’. The sport is famous for its values of sportsmanship, what Ultimate sportsmen refer to as the ‘Spirit of the Game’. In fact, the game is played even at the highest levels without a referee.

Imagine football, but the ball is instead double the size of the men playing, and the goals are zones that run the length of the pitch. Here we have pushball. Not as famous as it once was, where in early 20th Century Britain it was briefly a sensation, pushball, sadly, did not live up to the expectations of its inventor. Indeed, the creator of both the fire alarm and this great game came upon the idea of pushball when watching American Football. The story goes as follows, whilst being bored by a game of American Football (shock), Crane came across a marvellous revelation. “If the ball were only made large,” he said, “yes, large enough so that a player on one side could not see who was on the other, you would then have a chance to interest spectators in watching the whole game and in introducing much merriment, as well as skill.” Well, it seems surprising for a man of such intelligence to not have the foresight that pushball might be an even more boring spectator sport. From my own embarrassingly extensive spectating of pushball on YouTube, the game always turns into some sort of ruck with two teams desperately trying to move the ball against each other to no avail, the ball always left motionless in the middle of the pitch. I guess the lesson to learn from pushball is to not let yourself get too blinded by a belief in your dreams.

This is one you can try for your commute to campus. Basically, like a lot of these obscure sports, roller-skiing is exactly what it sounds like. People race round as fast they can on some skiing-cum-roller-skating device. I discovered this one through a bored late night google search of my own surname, where I discovered the most decorated Gregorio of them all, 3-time roller-skiing world champion Alfio di Gregorio. And wow, am I glad to have come across it. The sport is a great workout helping to condition the body like that of the great Scandinavian physiques that can sometimes be seen on campus – a great benefit of LSE’s multinational community.

I know this might be blasphemous for many Beaver readers out there, but I have never been much of a Harry Potter fan. I always preferred the ludicrous amounts of responsibility and power given to undercover child agents in the Cherub series. Nonetheless, I was always fan of the quidditch scenes, indeed, the highlight of the series for me would have to be the Quidditch World Cup action JK Rowling so beautifully describes in The Goblet of Fire. And so, I was ecstatic to hear that my childhood dream of one day watching the great competition could actually be realised in real life. Yup, Quidditch is now played by muggles across the world, and even has a World Cup every two years. But, don’t get your hopes up too much, the sport doesn’t have the same magic it does on paper and in the films. The quaffle is replaced by a deflated volleyball, the snitch is replaced by a tennis ball in a sock and the broomsticks don’t fly.

This one is the weirdest of the lot. Somehow and somewhere, someone has created a sport out of pulling faces. And even more surprising, this is the oldest sport of the list with some sporting historians finding traces of gurning from over 700 years ago. Then again, maybe it isn’t all that surprising that people were pulling faces in the Middle Ages, well, at least, if the Classical Art Memes page is historically accurate. So, the aim of the game is to pull a face to make yourself look very ugly. And for some reason you do this whilst putting your head through a horse collar – I have no idea what its purpose is as well. Then, whoever is found to have pulled the ugliest face by some panel of judges is awarded the winner. For some, gurning is very serious business too. In fact, four-time world champion Peter Jackman went to the extraordinary length of removing his own teeth to give himself an advantage in competition. But, the sacrifice was quite toothless for Jackman – wahey – as he only went on to win one more world championship in the future.