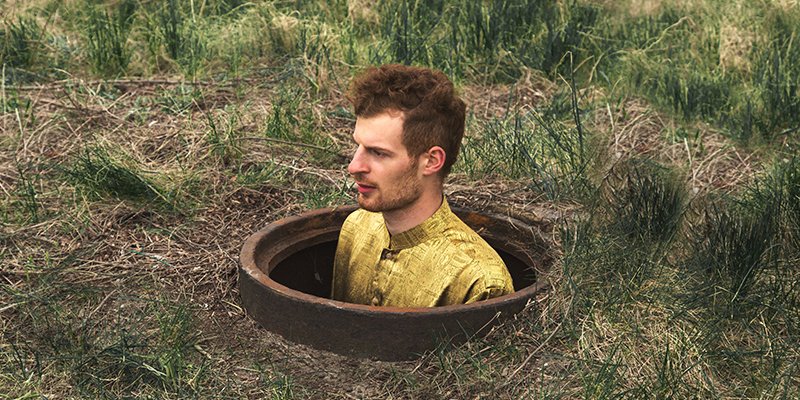 Album: Mama You Can Bet!

Jyoti’s highly-acclaimed jazz album provided several memorable moments. Track #2 is one of them, with steady galloping drums and a sleek, smooth vibraphone setting the tone.

Album: Visions of Bodies Being Burned

Experimental hip-hop’s most fearsome trio received a mixed reaction to their second LP in 12 months. However, Say the Name represents their best work to date: bizarre, horrifying, strangely catchy, and with a percussive throttle that will make your heart split in two.

Leeds-born, London-based, 12-person collective Nubiyan Twist revisit their hook-y soulful jazz on this track, with the added element of CHERISE’s wicked singing. Pay particular attention to the way in which the drums control the music here and remind yourself of how untalented you are via this excellent musicianship. Stay tuned for the release of their album in February of 2021.

Once again, here is a track that corresponds beautifully with its title. The cool breeze of its tempo makes way for a bursting hip-hop beat halfway through. Initially, I felt it could have done with some added vocals, but in reality, the weightlessness of its tone and feel might have been undone. Himalaya Collective 1, some bored fourth-year who doesn’t even play an instrument 0.

The People is unlike anything I managed to find in 2020. The unusual electronic flails at the beginning sedate the listener during the repeated lines “Are you doing it for the people, are you trynna just hide away?” There are any number of leaders to whom this question could be posed; Photay wants an answer from them all.

Mike Hadreas’ beloved fifth album combined sensitivity and pop like few others in 2020. On the Floor is a tremendously sad song, propelled by the bouncy melodies that disarm and enchant the listener. Hadreas’ vocals, reminiscent of the wavering vulnerability of Arthur Russell, float above a hearty bassline and function sumptuously with the essence of fading love contained in the writing.

Khruangbin (pronounced Kroongbin, so you can stop saying you have no idea how to say it now) delivered this ripping boogie on an otherwise underwhelming album. Reminiscent of Tom Tom Club’s vibrant eccentricity, Time sumptuously showcases the band’s disco influence.

#73 The Sun is Warm and Directly Above You – Laurence Guy

EP: The Sun is Warm and Directly Above You

In Guy’s own words, this record is “a love letter to sampling”. The title track and its gorgeous, fluttering vocals combine gently with the piano riffs to leave listeners floating in the clouds with their eyes closed (literally, try it).

The absurdly talented Fleet Foxes have given so much to indie folk in the past fifteen years. Where others have faded into obscurity and/or hit an artistic ceiling, this Seattle group continues to be interesting in their still crowded field. The key? Nice melodies, good storytelling, and Robin Pecknold’s tone-perfect vocals. Sunblind is their best track in years.

Branko’s work on SDDS (an informal abbreviation of the Portuguese ‘saudades,’ meaning ‘a feeling of longing’) is beautifully suited to our current clubless existence. The track touches upon the club scene in the way that a memory might: filled with nostalgia and longing, but without the intensity of first-hand experience.

Goodness me does Damon Albarn do well on Aries. He, alongside Peter Hook (formerly of Joy Division and currently of New Order) creates a harmonious marriage of 80s synth and 2010s electronic-pop with this track. Georgia’s excellent percussion too prompts that ineffable J.D sound with fidelity.

Mother is Burning was written as a charity single at the peak of Australia’s wildfire crisis and released several months later. Listen, and you will feel the truly powerful simplicity of the guitar, the inconvenient truth in Jean’s words, and the innocent plea in her voice. The activist-singer becomes a prophetic conduit of anti-establishment candour with the line “If you keep digging, you’ll be digging our graves.” Listen up, everybody.

This sophisticated jazz track contains an ephemeral beauty that was hard to match in 2020. Throughout history, Mary Magdalene has been burdened by accusations of sin despite being one of Jesus’ most ardent and loyal followers. Hunger asks that we take her seriously and that propagators of her legacy construct Magdalene’s own, separate destiny, rather than viewing her as a confused prostitute salvaged only by her blind obedience to the morally righteous. This song is simultaneously intelligent, thought provoking, and moving.

Hold your breath for one of the heaviest drops of the year. I kind of don’t want to say much more, but to avoid leaving a gap on the page, I will. This track is perfectly structured for its fleeting power at only 2:39. Headie One’s breathy raps function so well over Fred again..’s bassy production, leaving us with a track that is sure to have made bodies move in 2020 and for years to come.

Album: Love is the King

Just as Charles Bukowski showed us disgust by making himself disgusting, Jeff Tweedy, on this lovely track, shows us vulnerability by opening himself up entirely. Tweedy is prepared to fully give himself away to his main squeeze and he informs us through some of the sweetest songwriting of 2020.

Laura Veirs tells the story of someone whose manic relationship with fame has served only to disguise their deep discontent. As Veirs says of her own protagonist in this track – “Who were you running from? It was yourself all right, maybe you burned a little too bright.” Burn Too Bright is very nice musically, but its writer and singer captures a difficult feeling extremely well.

Tпc6’s cold, metallic approach to techno is rarely more apparent than on this track. DCMICY is remarkable not only for maintaining such a dizzying tempo but for the aching vocals that contrast it. As one reviewer notes, it sounds “too fast and too slow at the same time,” emboldening the artist’s intent on jolting the listener.

Album: Eleven plus two / Twelve plus one

Seizing the best parts of 70s rock and 00s indie pop, this Japanese outfit finds a wonderful expression on their latest LP. Debora encompasses everything likeable about the group itself – an elated, no frills exhibition of good hooks and upbeat tones.

Album: Surviving is the New Living

Throughout her second album of 2020 (though it has been categorised as more of a mixtape), Kaya Wilkins invites us into the bedroom where she, like the rest of the world, found herself holed up for months on end. Snacks is evidence of someone who has wielded the time alone to consider events of the past with sensibility. Wilkins’ wordplay is immediately gorgeous, matching her sensual harmonies to great effect. The opening line, “revenge is a dish that is best not to eat, it is tepid ranch with some celery” is one of 2020s great musical witticisms.

#61 The Kiss of Venus – Paul McCartney

McCartney III contained as much variation as any of Paul’s solo records. There was the vicious rocking of its opening shot in Long Tailed Winter Bird, the typically whimsical Pretty Boys, and the sexy grooves of Deep Down. The eighth track stood out for its subtlety. Latter-day Paul is at his best when he harnesses that still-sweet honey voice, his snappy melodies, and, in his writing, an uncanny ability to connect a boyish playfulness with meaningful sentiments. I figured The Kiss of Venus did this best.