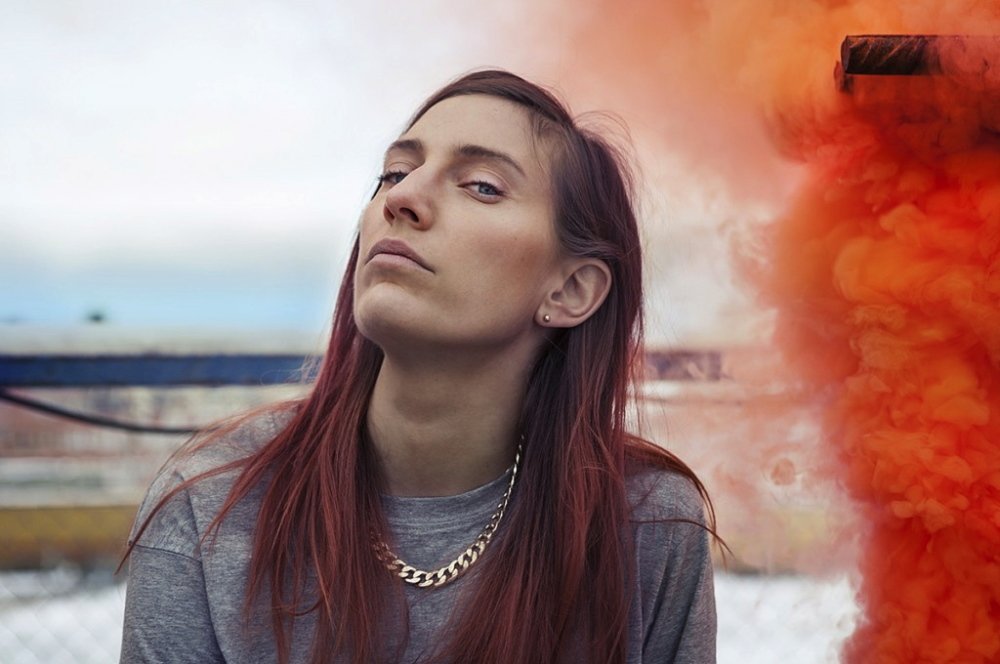 In December, one-hundred and fifty songs released in the strange year of 2020 were added to a long list before being rated from 0-10 and ranked via a rather maladroit spreadsheet. Fifty were culled and the remaining inventory was painstakingly rearranged, racionated, and mulled over to hopefully provide a sequence of sounds that enthralls and/or stirs.

This list does not make any claim to objective truth and rests principally on the changing moods of its compiler. Music was at its beautiful, experimental best in 2020 and I sincerely hope that this collection serves to support that. The rules: only one song per artist (incl. features), no covers, no reissues, listen loud and enjoy!

Duncan Thornley (recording under the name Double Geography) utilises his skills as a professional audio engineer to create a booming 80s sound on this track, combining the floral and the psychedelic masterfully.

Navy Blue’s casual flow manages to capture the cold of 2020 without sinking into apathy. A smooth beat accompanied by smart lyrics, make this tune irresistibly listenable.

South London rapper Pinty coalesces his garage background with a dialled down tone to create a formidable track and EP, strengthening his promising upcomer status.

Stockholm-based DJ and producer Bella Boo continues to impress with her latest album. Track 7 of 8 encapsulates her ability to blend several strands of electronic music, with the dub influence shining through convincingly.

Never have I felt so persuaded by a song’s title. Something inexplicable on this track truly feels underwater – is it the muffled beats in the background? The occasional electronic splashes? In any case, this Radio 6Music favourite is a righteous gem.

Single (the A-side is the equally lovely Tokyo Midnight)

Tel-Aviv group Sababa 5 and vocalist Yurika build upon a gorgeous guitar solo at the start of the track to inspire a hypnotic disco vibe in a traditional Mizrahi style.

Yazmin Lacey achieves her soothing and soulful jazz sound once more on this record. Discovered as part of Gilles Peterson’s Future Bubblers talent scouter scheme, Lacey has repaid the faith time and time again. Perhaps her next record will show a little more experimentation, but for now, this is just right.

Emma-Jean Thackray is a DJ, producer, instrumentalist, singer, and likely many other things. This track comes directly from her brand-new label of the same title, with the explicit intention to ‘move your body, move your mind, move your soul’. I think that explains this one better than I possibly could.

Each composite part of this track is working at full intensity to form a memorable collaboration that will ring in your eardrums for the rest of the week. A jazz blitz, slamming rap and a futuristic orchestral finale make this a difficult, but worthwhile listen.

#91 Superhumans – The Professionals, Oh No, Madlib

Recorded over one of Madlib’s rougher, choppier beats, The Professionals succeed in creating an unnerving and hard-hitting track through unusual bars and a high octane flow.

#90 Will You Return/When You Come Down – The Flaming Lips, Particle Kid

The opener to The Flaming Lips’ latest LP is quite stunning. The vocals are given particular importance above the slow-tempo instrumentals; both the backing and the lead construct a tone- collection of sound.

Simple, but well-structured, this remix moves effortlessly through its various layers of intensity, culminating in a quality dance track. I urge you, – turn the volume up for this one!

Prepare to fall in love with/make love to this tune. The piano is never rushed, the drums need not go too hard and the synths simply pulsate in this background. Sex on toast.

Another fantastic release from the capable and talented jazz-fusion trio Caixa Cubo. Palavras is an unpretentious nod to the Brazilian music of the 60s and 70s. Like the rest of the album, the track manages to sound both spontaneous and considered due to the technical precision of its players.

Either stick a pin in this and save it for the summer months or close your eyes and pretend it’s that time already. This track from Dub Disco founder Aussteiger will not blow your mind, but if played loud enough, it is said to have transportive qualities deriving from the atmospheric synths and funky basslines.

Track #2 from Fantastic Man’s debut LP is probably one of the more straightforward on a heavy record. The rhythm is extremely get-down-able and, together with the dub that runs through, makes for a beautiful sci-fi influenced club track.

This track will surely, as it did for me, arrive as a quaint novelty. Give it several listens and you will feel the simplistic beauty of Callahan’s vocals and lyrics. The singer does not ask for much from the listener or his fictional wifey in this track and that is precisely where he succeeds. “My travels are over, my travels are through, let’s move to the country, just me and you,” is the final line – imagine singing this around a campfire and ask me again why it’s so damn high on this list?

Embarking on his first solo venture after over a decade of collaborations with Amy Winehouse, Blood Orange and many others, Sam Beste secures a beautiful sound as The Vernon Spring. The piano playing is soft and measured and manages to tell an entire story with just a few words and ever fewer notes.

#82 Fourties Are Getting Restless ­– Normal Bias

Normal Bias of the Polish U Know Me record label demonstrates a precise ability to use a dub rhythm effectively, carefully choosing when to insert a break and when to hit hard with the inherent bass of the music itself. This track teleported straight out of Croydon circa. 2004 and when a tune is so convincingly an ode to the genre’s history, it deserves to be considered alongside it. History rhymes, as they say.

California-born rapper Anderson .Paak strikes an interesting tone on this track, contrasting the upbeat bass and funk with stories of a country out of control. The message is crucially not diluted and his best track of 2020 will surely stand out as one of the finest to capture the chaos of a horrible American summer.