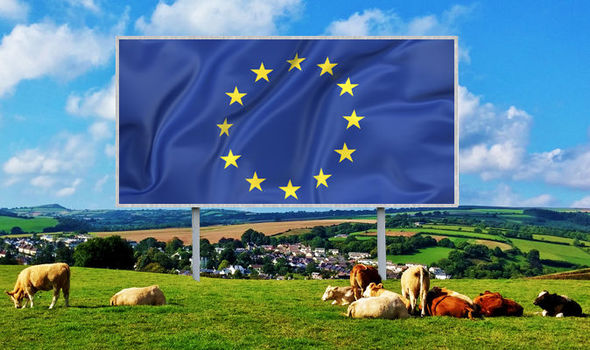 In a speech at the WWF Living Planet Centre in July, Michael Gove, Secretary of Environment, Food and Rural Affairs, has promised that the UK will continue to pay out the current EU subsidies of £3bn until 2022. In this speech, he spoke of Brexit as an opportunity to reform the UK Agricultural Policy for a “green Brexit” – a move welcomed by the National Union of Farmers, and environmental lobbyists alike. Of course, whether Brexit means Brexit is still to be seen. Nonetheless…

There is a strong case for a post-Brexit policy to urge the farming industry to become more like manufacturing (according to The Economist, The FT and even The Guardian). Namely, phasing out subsidies (which made up 86% of the average farmers’ income last year) and allowing demand for agricultural produce (safe-guarded by an ever-growing population) to manage the supply.

New Zealand provides the oft-quoted case-study for the efficacy of this move – in 1985 the government removed its farming subsidies, exposing the economy to international competition. As a result, productivity and profits increased as farmers turned to technology and innovation.

New Zealand’s agricultural sector, however, makes up 4% of their GDP and the country is a net exporter of its produce, whereas in the UK it makes up just 1% of GDP and it is a net importer of agricultural produce. Yet it is crucial that UK farmers are incentivised to prosper without the current direct payments in order to compete, whether at home or abroad, with international markets.

Farmers currently manage the upkeep of 70% of the UK landmass and are thus caretakers of our environment. In order for Gove’s “green Brexit” to materialise, the government must overcome many obstacles. The median age of a UK farmer is 59 -elderly farmers must be able to recruit young people to help with the coming upheaval. Initial investment is needed in (re)training farmers, insurance to protect small farms during the transition period, and tax breaks for environmental safeguards.

There are many upcoming developments which will allow UK farmers to adapt to incoming changes. These include drones that remove weeds with lasers,
autonomous berry pickers, intelligent farm management hardware and software, and underground vertical farm systems. All these technologies streamline the costs of labour, water, fertiliser and in the latter case, land.

Gove has a chance to re-energise a slacking industry. He should proceed with caution but not hesitate to use Brexit for much needed reform.

PrevPreviousYour Data is Valuable – You Owe Yourself Cyber Self-Defence
NextDetecting Ripples in Spacetime: What It Means and Why It MattersNext
On Key