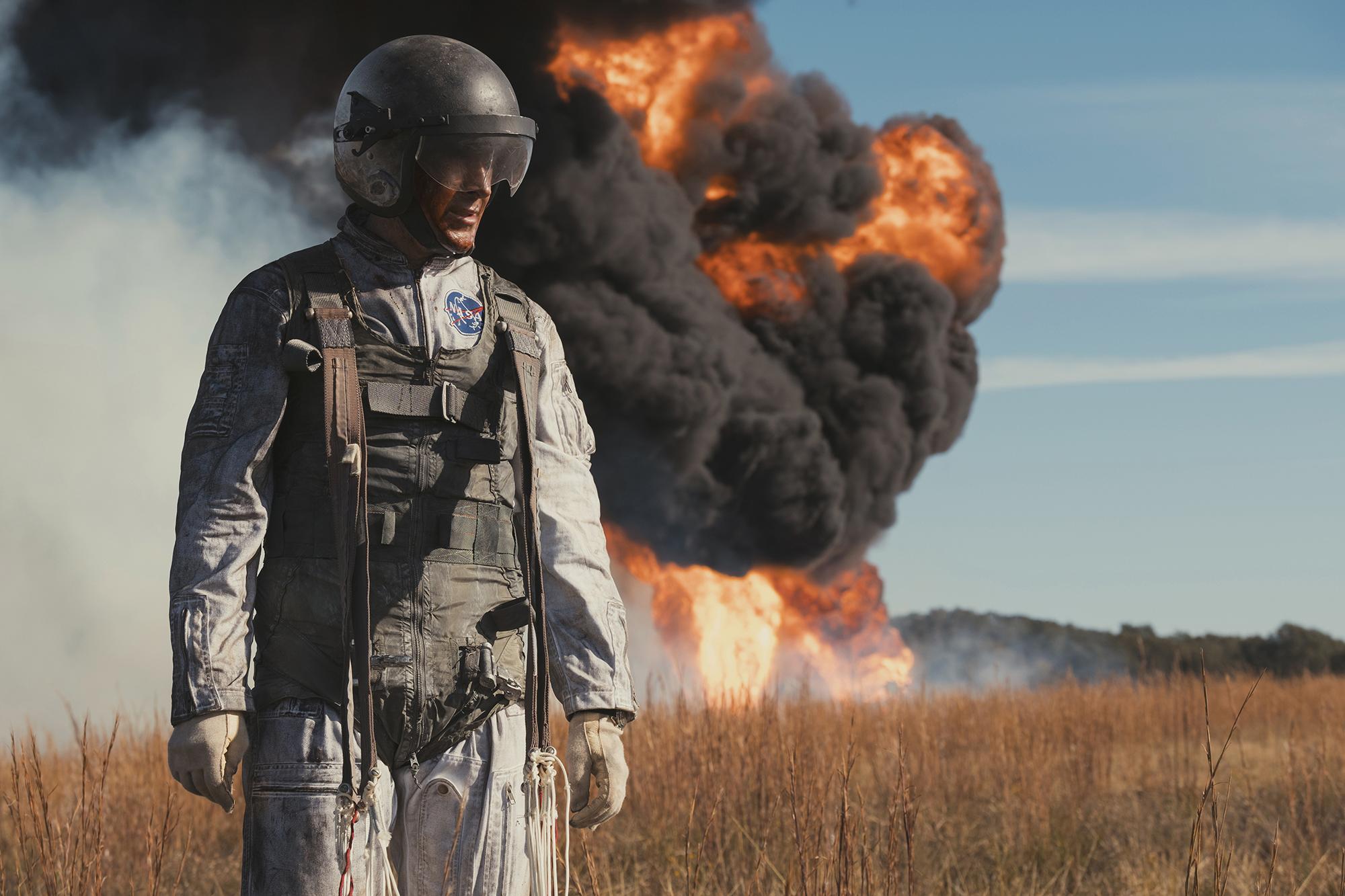 “We need to fail. We need to fail down here, so we don’t fail up there”, says Ryan Gosling’s Neil Armstrong, ahead of the launch of Apollo 11. One wonders, then, at which point in the career trajectory of 33-year old (!) director Damian Chazelle there is failure; for, First Man demonstrates that the mind behind Whiplash and La La Land is operating at the top of the Hollywood game.

Thankfully, for those wishing to indulge in schadenfreude, Chazelle’s original aspiration was jazz. This, perhaps, is not surprising given Teller’s drummer in Whiplash (2014) and Gosling’s pianist in La La Land (2016). That the latter, however, should reprise his collaboration with Chazelle – and go from the stool of a Steinway to the cockpit of a Lunar Excursion Module – surprised more than a few.

Armstrong is a name as universal as one can be; a story, literally, that is global. What distinguishes Chazelle’s entry into this lore? The answer lies, I posit, in how he discovers the near-pathological introversion of the very man who came to embody the ad infinitum progress of mankind.

Gosling’s Armstrong is an individual, who, faced with the technological revolutions of the day and their consequences for the teleology of humankind, fails – in a psychopathic way, – to respond emotionally, a quality that we believe synonymous in the protagonists of those we beatify in popular society. All but he, it seems, recognise the magnitude of his mission: the Space Race with the Soviet Union; the domestic politics of NASA amid an era of social turmoil in the US; and the very real danger that, in the vein of Icarus, flying too close to the stars may cost everything.

Chazelle’s idea is that the tragedy of Armstrong’s daughter – diagnosed with cancer, at the age of two – is at the heart of this story. Armstrong’s withdrawal from his family and friends, we gather, derives from this experience; and one must commend the performance of Gosling in the communication of this trauma. He evokes our sympathy, and yet does not alienate us in his own seeming lack of empathy for others. We are posed this question: does Gosling’s Armstrong undertake the Apollo 11 mission to go to the Moon, or to escape Earth?

The film’s sensibility borders the genres of war and horror; totemic rockets – in all their rusty, nuts-and-bolts glory – become the sites of sharp, nasty violence as the mission engulfs the astronauts. This leaves widows without husbands, children without fathers – all, we are told, in the name of human progress. Claire Foy’s Janet, to whom Neil is married exemplifies this strand of the narrative. Foy is the essential, grounded foil to Gosling and NASA’s ethereal dreaming. “You’re a bunch of boys making models out of balsa wood – you don’t have anything under control!”, she says, in a particularly memorable exchange.

Go and see it, on the widest screen you can find. Contingent, of course, on Musk’s Space-X programme, but this is probably the closest most of us will come to being in space. But, more importantly, this is not a story, ipso facto, about space. It’s the story of why ‘man’ looks to the stars; why we are driven, as a species, to explore the beyond. It’s the question of to where are we going – and from where are we running from.

First Man is in cinemas now.