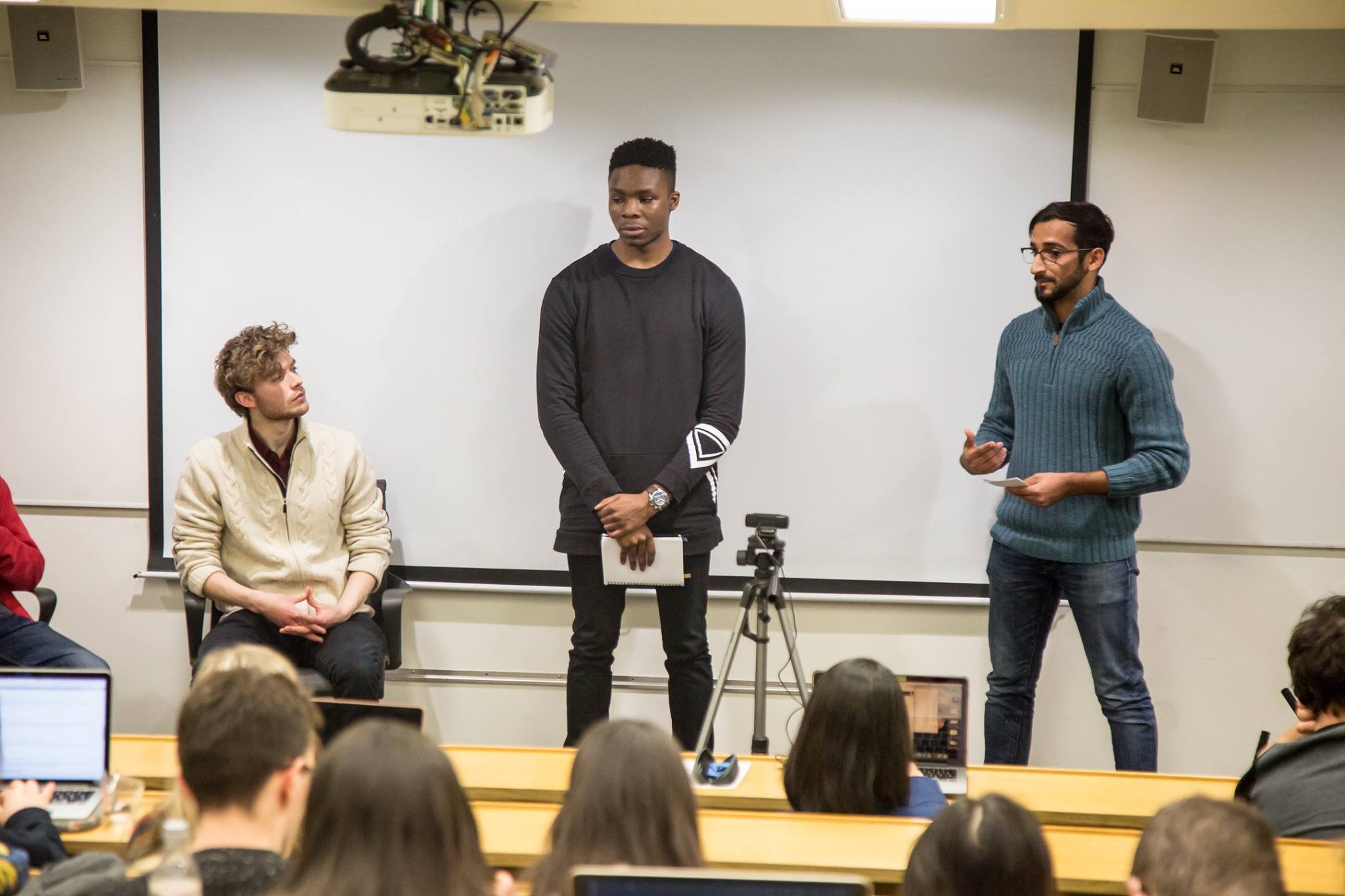 The initial hustings for the LSESU Lent Term Elections saw General Secretary candidates Zulum Elumogo and Waleed Malik give their first candidate speeches of the electoral cycle. The hustings were held on Wednesday, 28 February.

Discounting our three representatives, The Beaver estimates that there were approximately 10 attendees that were not running for a post.

The General Secretary is the elected manager of the LSESU, the post is now being held by Mahatir Pasha. As one of four sabbatical officers, the position pays approximately £28 000, including 25 days holiday plus Christmas and bank holidays, as well as other benefits.

The LSESU site describes the job as “negotiating and setting the agenda with the School and LSESU”, as well as being the “external face of the LSESU”.  Apart from chairing the LSESU Trustee Board and the Executive Committee, the General Secretary represents LSE students in many other decision making bodies, such as the Equality and Diversity Committee, Estates Committee and the Court of Governors.

The General Secretary candidates each had three minutes to give their speech, and 30 seconds to answer questions from the public.

Zulum Elumogo spoke first. He detailed his experience as a two year member of the trustee board, pointing out that this position allowed him to see the accounts and observe how the SU functions. He argued that the lack of attendance at hustings meant that the LSESU is not trusted by students. His platform, he said, would be based on trust and care (he omitted a third point due to time constraints). This would involve releasing minutes of trustee board meetings and the LSESU accounts.

Waleed Malik said that he would speak about himself, as his manifesto commitments could be found online. He pointed out that not many people understand the position he was running for. He outlined his experience as SU BME Officer, and co-founder of the British People of Colour Society. Malik argued that he was passionate and thus students should vote for him, he contrasted this to the SU bubble being “careerist”. A key motivation to run, he said, was to make sure that anyone can succeed at LSE, regardless of their background.

After their speeches, candidates answered several questions from the audience. Questions were directed to both candidates.

Candidates were asked about possible tensions with the LSESU administrative and executive staff. The member of the audience wondered about “who is really in charge?” and whether the tension between both positions could be seen as a structural issue. Elumogo answered that the staff should be seen as civil servants, in contrast to the elected General Secretary, whilst Malik argued that there is a three way tussle between the LSE Director, the staff and the General Secretary. Both candidates were skeptical  that  structural changes had to be made.

On the issue of UGMs, Elumogo proposed to reduce them to two per term, whilst Malik argued that they should be less frequent, but better publicised to show that UGMs are a vehicle for change.

Both candidates seemed to be discouraged by the lack of attendance to hustings, Malik arguing that this proved that “people don’t care about the union”.

A recording of the hustings can be accessed through the following link: goo.gl/y2niAW.  The General Secretary Section starts at 51:00.