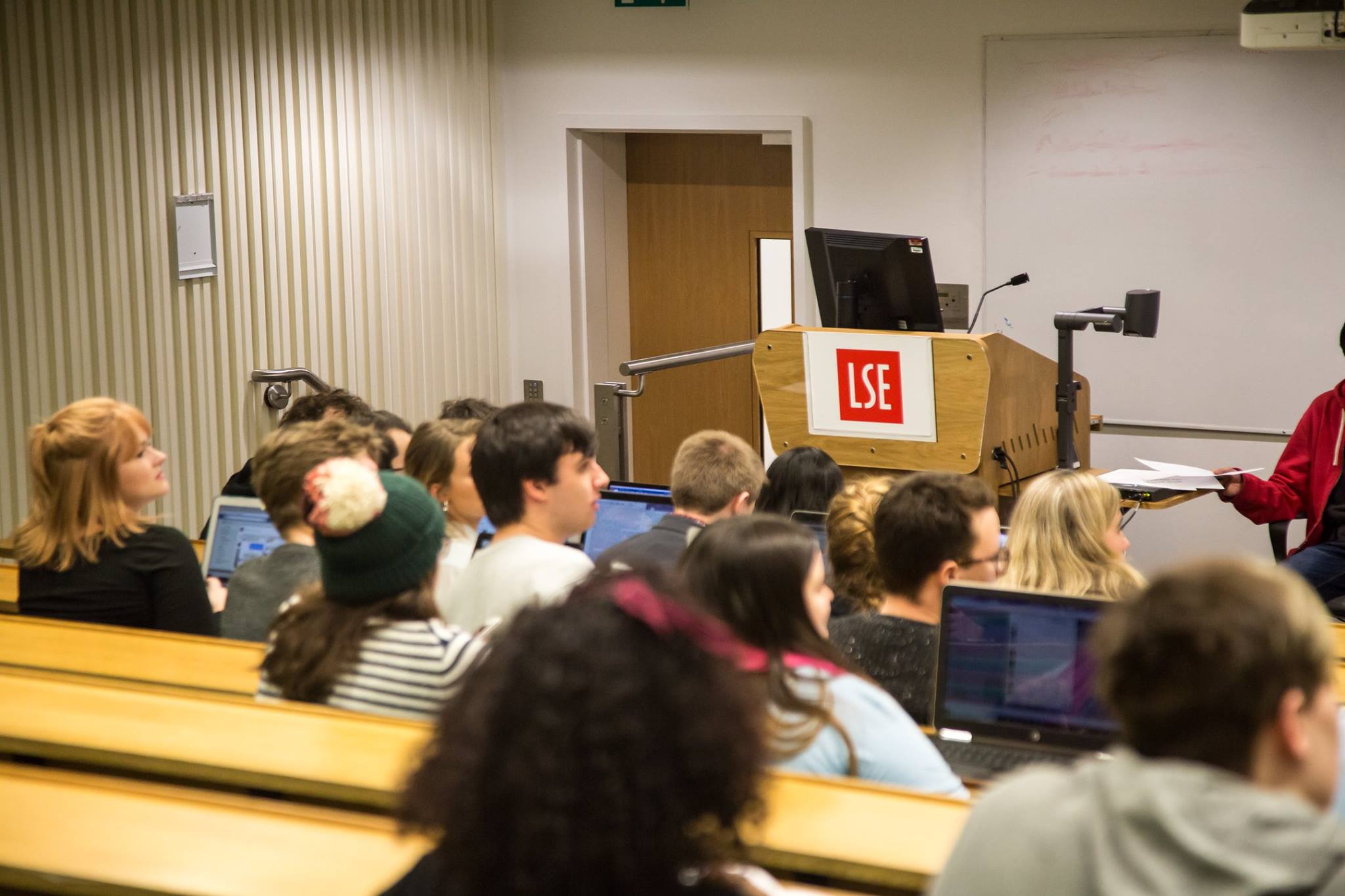 Of Huskies and Hustings

The Wednesday just passed will surely go down as one to remember. The NAB was witness to severe iciness, embarrassing slips and a coldness not usually present at the LSE. Of course, hustings had begun for the upcoming Student Elections.

Proceedings were announced to start at midday, which, of course, meant 1:30. Candidates felt it necessary to apologise for their bad puns, the fact that they hadn’t drafted speeches and that they sat down before questions were asked. Each alacritous ring of ‘diffusion of responsibility’ and ‘improving accessibility’ rallied the 10 or so engaged LSEer’s who attended for personal interest. Perhaps more engaged were the 50 candidates and campaign representatives there to do nothing but abjure their designs on power. Had you asked them, there were no ‘politicians’ in the room. Donald Trump would be proud

Horatio Leonce campaigned on two main promises. The first was that he would improve the ease of room bookings and the transparency of SU feedback. The second was that he was a ‘better candidate than RON (re-open nominations)’. We’ll let you decide that.

One-upping Leonce’s ultra-democratic run for ANC, RON was the only candidate to show up to the hustings.

Xiaoli Ma, a 2nd year econ student who has a passion for arts (suspicious, I know…) spoke about wanting to create a weeklong arts fest. When questioned on how she would redress LSE’s lack of funding for creative arts, she paused before replying that she would apply for more. Again RON was her only competitor.

Keng Kit Wong was a first year who was very cold. Easily the best introduction of the afternoon. He wanted to increase accountability and was so passionate about his campaign he felt it necessary to clap for himself. Once again, RON watched on alone.

Only RON. You’re getting the idea by now I hope.

Yeah you guessed it.

The charming ‘Thomas’ led with a chivalric “ladies first” to his only apparent rival, Mishal Murad. She talked about creating pre-departure Skype visits and was also the one with the bad pun. Thomas Huang went next mentioning that he hadn’t experienced much international culture so far but that he wanted more international events. Natalya Sharapova arrived in a hurry to announce that she was a strong candidate, ready to take risks as evidenced by her decision to start running the day before hustings…

Members of the Trustees Board

Hannah Nairn wanted the SU to form links with sponsor companies on a broader basis, and promised to publish the minutes of meetings. Paul Vella wanted to cut down the ten day minimum. Paul also mentioned that selling four more drinks at the tuns would be enough to hire an extra staff member.

Alex Selway ran unopposed with a promise to improve hall representation. Despite fumbling  the figures question with ‘oh they haven’t been released yet I couldn’t know’ he somewhat redeemed himself by listing RAG’s charities: War Child, Mind and Dig Deep. We’ll let you check whether he’s right.

Faye Brookes Lewis was lucky enough to be running enough for a £28k/year position unopposed. She promised to branch out beyond the SU bubble and improve wellbeing facilities.

Oh and it snowed outside. A lot. Voting opens Tuesday.