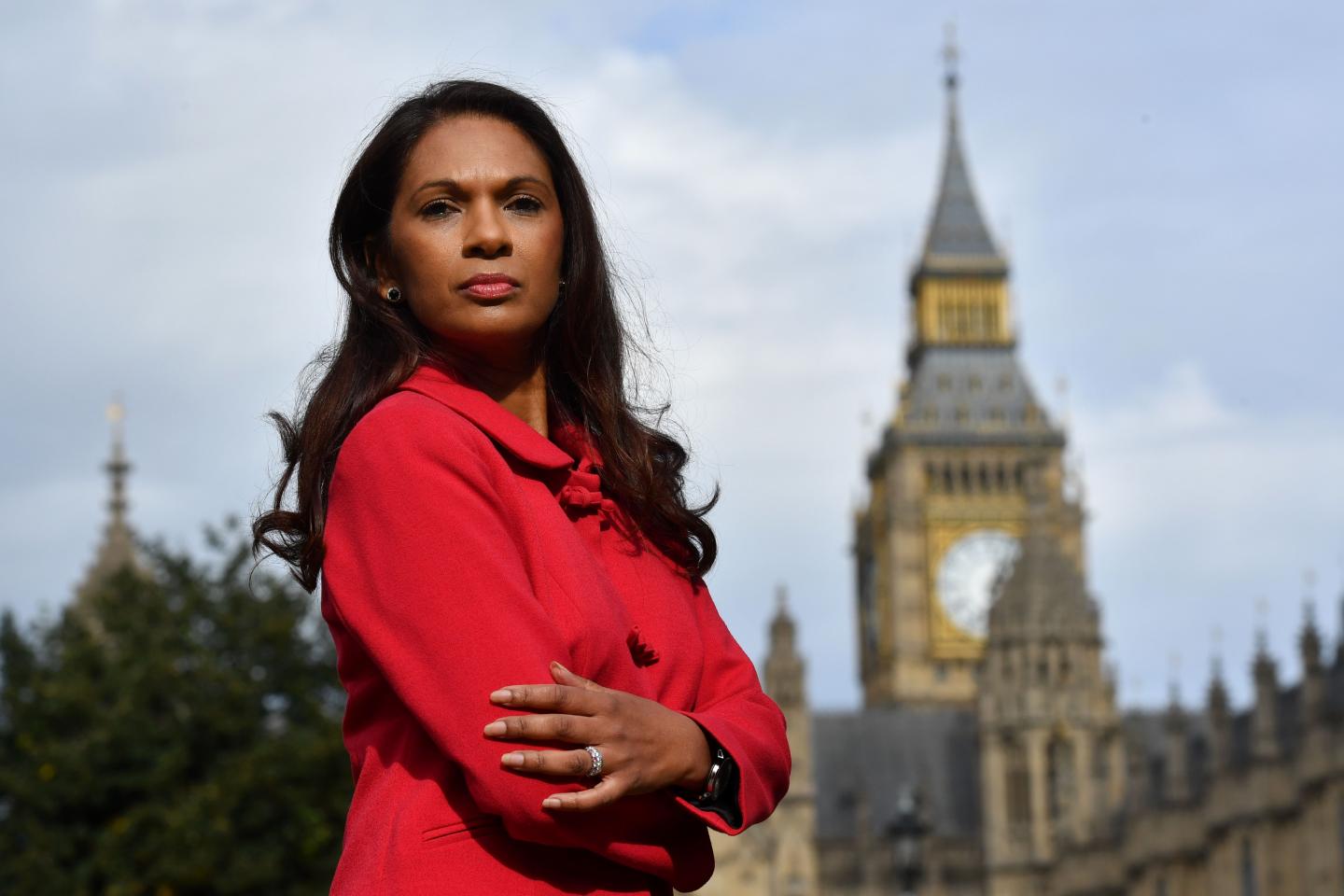 In an exclusive interview with The Beaver, businesswoman and activist Gina Miller talks social media, EU reform and Jeremy Corbyn

Two years ago, Gina Miller’s name was unheard of in the political sphere. It was only last year, following the UK’s decision to leave the European Union, that Miller burst onto the stage, leading a successful challenge against the government to ensure parliamentary sovereignty over the triggering of Article 50. An ambitious businesswoman in the City of London, she has long been campaigning for transparency in the financial sector, championing philanthropy and social responsibility. Today, she has inadvertently become something of a flag-bearer for the soft-Brexit movement.

Fresh from delivering a thought-provoking talk on the future of democracy to LSE100 students, Miller sweeps across the LSE LIFE centre and is ushered into a secluded area for us to conduct the interview. As we sit down, I cannot help but imagine her life outside the confines of the LSE Library – the barrage of hostility, abuse and death threats that she has faced since the day of the court ruling have rampantly pursued her for a over a year. Just last month, she considered fleeing the UK over concerns for her safety and that of her family, following a new wave of threats after the election campaign.

On this train of thought, I start off by pressing Ms Miller on a comment she had made just a few minutes before, during the LSE100 event. She claimed that ‘emotion was at the fore’ of the Brexit campaign, driving the kind of vitriolic abuse that she has received. Does she believe that this is becoming a global trend in politics? “I do think we are living in a really overtly emotional world, and I think some of it has to do with social media,” she begins. “You can’t deny that there is a connection between this and the whole idea of instant gratification – that you can be anything you want. Social media is, what I call, ‘ghettoising minds’, and changing hearts because it’s making people look at themselves too much”.

“And add to that this whole movement of ‘mindfulness’. You know, we seem to have a global movement where you have to think about yourself all the time – it’s always inwards. Years and years ago, in my age, we were told to be mindful of others – it was actually something outward. It was something where you thought about other people. So the concentration on ‘self’, and on your feelings, and whether you are hurting – there is too much focus [on this], and I think that this is adding.”

But isn’t it true that social media has helped enhance the electorate’s political awareness? “It should be. But I don’t think it is, because I think people choose media that confirms their ideas, and actually what it does is cements them rather than broadens them.” So social media is just an echo chamber? “It is, absolutely, and that’s what I call the ‘ghettoising of the mind’, because you’re choosing the media, you’re not exploring it enough. And in a way it’s become very superficial – it’s all about surface. The swiping and all of that – I think all of it must be contributing to this. To the fragility of the mind, and the fragility of hearts as well. And actually, we need both those things to be really, really strong.”

“I’ve said this myself; there was a very long profile in one of the right-wing papers which said I went to Roedean. And I didn’t, I’ve never been to Roedean. But it’s a boarding school in the UK which is synonymous with wealthy, spoilt girls, so it fit the picture that they wanted to paint. And then it was repeated in another publication, so I said to them ‘I didn’t go to Roedean’, and they said, ‘Well, it doesn’t matter, we’ll get it through the lawyers because we’ll quote the other paper as the source’. And I thought, that’s just irresponsible journalism!”

“So the media are part of this problem as well. The law, who are trying to be as independent as possible, are fighting back against the media, because they’re trying to break them [the judiciary] down and break the voice of the law and the courts. But the media, particularly in the UK where it’s very bad, is being allowed to get away with things that they wouldn’t have in the past. I suspect there is a political backing to this as well – that they’re politically being allowed to behave in a certain way, because it props up and helps those particular politicians who want to influence the readers of that particular publication.”

As I listen, the infamous headline ‘ENEMIES OF THE PEOPLE’ emblazoned across the front page of the Daily Mail inevitably comes to mind. However, press regulation is a tricky subject, I propose. From Erdogan’s imprisonment of journalists in Turkey to Donald Trump’s attacks on the mainstream press, I ask her how far society can go in restraining the media without being accused of limiting freedom of speech.

“What I say to people about the media, online and all the rest of it, is ‘let’s keep it simple, and go back to the message’”, Miller answers coolly. “If the message is one of hate and intolerance, then we should speak up against it, wherever it is. This idea that social media doesn’t do as much harm as print, or a YouTube video or whatever, is wrong. They’re all doing harm if the message is one of division, of intolerance, or one that dismisses the truth. Because what’s happened, and what was really interesting throughout the Brexit campaign, is that the media, with politicians, created a social construct that meant that experts were no longer listened to. You couldn’t be an expert in anything anymore.”

I remind her of Michael Gove’s notorious ‘we’ve had enough of experts’ assertion during the Brexit campaign. “Yes: it was an expert-free zone, as I call it.” The tone of Miller’s voice shifts from that of calm to anger. “But actually, do you really know as much as somebody who’s working as a professor? Of course they should be standing up and speaking! But they’re not allowed to because when they do they’re told, ‘Oh, you’re an expert, you would say that wouldn’t you?’ So we’ve created somewhere where we dismiss people who are either experienced, experts or successful. Because, obviously, they all must be against the ‘people’.”

Leaving the topic of the media to one side, I press Miller on what she thinks about the future of the European Union. She has spoken in the past of EU reform being the best solution forward, despite her representation by many in the UK as a die-hard Europhile. However, I challenge her on whether there is a real possibility of reform, given that there have been many indications of further integration through proposals for a common military force, for example. Is this kind of reform really going to convince the Eurosceptics? And should reform go ahead, how would Germany, for example, be brought on board?

“In my mind, the bottom line is security. We [the UK] went into the EU project for economic reasons – we went in to see how much we could get out. Whereas when most of the other members went in, it was about peace and security. And that’s why I think reform will happen. Because with the growth of terrorism, the bloc will be stronger together. I’m not sure they will actually get away with the [EU common] army, but what’s happened with the German election has shaken Merkel and she’ll be more inclined to listen now. Because, you know, to have 90 AfD members in the parliament is not what they expected. So there is an opportunity for change, and when they look at what’s happening in Catalonia, when you look at what’s happening in Poland, the EU does know [things need to change].”

“The problem with the EU at the moment is that there are too many old men at the top who are actually defending where they are, rather than seeing reform as an opportunity. But what I do know is that there are lots of good, younger people in the EU who are pushing for change.” So she does see a push towards democratisation? “Yes, and part of it is because of Brexit. It shocked them all. And that is why, as Conor [Gearty, chairing the LSE100 event] said, one of the unintended consequences could be a reformed EU that we triggered, but we’re not there to benefit from!”

What about joining in, say 10, years’ time? “There’s still too much anger in this country.” Even as a partial member? “Well you can only go off what senior members [of the EU] have said. And they’ve said that if there were a new party, a new leader, and they wanted to withdraw Article 50, and they wanted a different sort of membership, we’re here to talk. We’d welcome you with open arms. So that’s what they’ve already indicated; the problem is that, at this moment in time, we’re not asking for anything, so they can’t help us. This is the thing that people don’t quite understand: the EU can’t help us help ourselves in damage limitation, because we’re not asking for anything! We’re just selling this line that ‘no deal is better than a bad deal’. Which means nothing and has no detail behind it. So that’s why I do wonder whether this is all just game playing [by politicians] to get to a certain end.”

As important and all encompassing as the issue of Brexit is, it was something of an elephant in the room at the recent Labour Party Conference. I ask Miller why she thinks it was struck off the agenda. Would she go as far as to suggest that Corbyn is a closet Brexiteer, despite his insistence to the contrary?

She lets out a chuckle. A former Labour Party member, Miller opted instead to lend her vote to the Liberal Democrats in the last general election. “Corbyn has always been a Eurosceptic”, she asserts, her face now deadly serious. “He’s been preaching it for nearly 40 years. He is a die-hard Bennite who believes that the EU is a symbol of corrupt, elite capitalism. What he doesn’t understand is that the EU could be the last bastion of socialism – that’s the irony.”

Indeed, it was the EU that led the way in cracking down on Google, levying a €2.4bn fine in June following the company’s breach of antitrust regulation. “And it’s actually the EU who has brought in many of the changes we benefit from”, she adds. “Before the UK joined the EEC [European Economic Community] in 1973, the nickname for the UK was the ‘dirty poor man of Europe’. Most of our environmental laws and protections we have, come as a result of our membership of the EU. And unfortunately, that’s what we’re going to lose.”