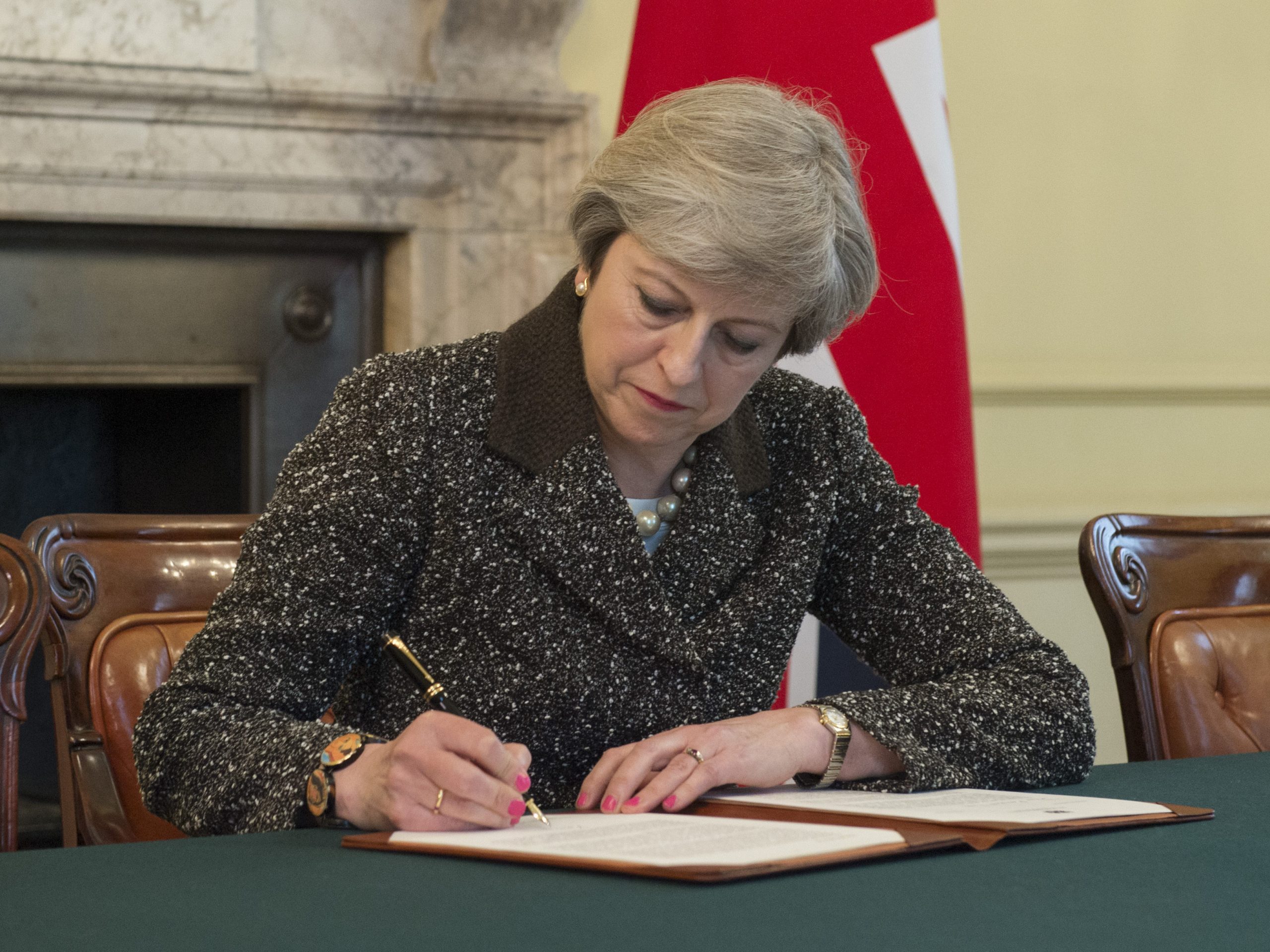 The Great Brexit Betrayal… or not?

The Brexit Divorce Bill: €20bn, €40bn, or even a blank cheque? These are only some of the proposals that have supposedly arisen from Theresa May’s inner-cabinet meeting last Monday with senior Conservative members. The response was fierce, with the media and many Brexiteers crying ‘The Great Brexit Betrayal’, ‘Blackmail not negotiations’, and the fittingly festive, ‘don’t play Santa to the EU’. Yet, is this analysis right?

Let’s put this all into context: Starting from Thursday last week, ten is the number of days the United Kingdom has been given in order to make Donald Tusk’s ‘sufficient progress’ in the Brexit negotiations. If not, there will be no talk on a potential trade deal, and negotiations will only resume in March 2018: A full year after Article 50 was triggered. With post Brexit EU/UK citizen rights close to ironed out, and significant progress on the Irish border being made, the Divorce Bill is still the sticking point. The first concept to clarify in this seemingly clouded cacophony of events, is that of what a ‘deal’ means. This term, flung about by pundits and politicians, ambiguously refers to two quite separate issues. The first is obvious; a trade deal between the UK and EU post Brexit, but the second refers to all the other political settlements such as travel, the Irish Border, and security agreements post 2019.

The latter ‘deal’ must be reached, and is in the interest of both parties. If not, there would be severe ramifications of heightened social unrest, and legal chaos swarming Europe post 2019. Thus, despite what many extremists say, the fact of the matter is, the UK cannot walk away from the European Union without a ‘deal’, in the political sense. Yet, the economic deal, a trade settlement, is more complicated. Legally, the UK does not have to pay anything to the EU, as there is no mention of any required payment in Article 50. This means that the EU’s ‘Divorce Bill’ is a simple exchange proposal: Trade for money, which means there is room for manoeuvre. Although the trade ‘deal’ is desirable, it would certainly not be the end of the world if it was not obtained, as some Remainers would believe.

No longer are we living in the 1950s. In the modern world, technology coupled with the lowest transport costs in our history makes it easier for British businesses to trade with Indian or Australian firms than French because of the language barrier. Every decade the EU’s global economic weight continues to plummet, meaning it is time to look further afield, creating new ties with the future economic powerhouses of the world. With countries such as the USA, New Zealand, and potentially India, lining up to discuss trade deals with the UK after Brexit, it would seem enormously tempting to walk away from the protectionist EU without a trade deal; especially if Donald Tusk sets the retail price at a rather premium €40bn. In this way, paying anything to EU would seem like ‘The Great Brexit Betrayal’.

However, hard-line Brexiteers miss one crucial point: Transition. If no economic deal is made, and a transitional agreement unobtainable, then the immediate transition to WTO tariffs would make British EU-exporters suffer in the short-term before world trade agreements could be signed. Overall inflation would not rocket as Remainers preach, as non-EU items such as New Zealand lamb and Indian shoe leather would receive lower tariffs than under the EU; yet, in terms of maintaining certainty, and continuity, it would be ideal to have an EU trade agreement to provide this calm economic transition. In this way, it would be wise for the UK to make some financial contribution to the EU in return for trade. Yet, the UK does have some leverage, meaning it can, and should, play hard-ball with the EU, and not give in to excessive sums. Without the UK’s financial contributions after Brexit, the EU will have a financial blackhole of €10.5bn per annum, which cumulatively is a very large figure.

As the UK remains in the EU until 2019, it should rightfully contribute monetarily until departure, and so a divorce bill of around €20bn (£17bn) seems reasonable, but anything more will certainly be ‘playing Santa to the EU’. In this way UK negotiators should use their leverage to propose a reasonable figure, on the condition of receiving, in writing, the EU’s agreement that negotiations will move on to trade from December this year. If the EU decides to disagree and cut off their nose to spite their face, then the UK should be completely prepared to walk away without the economic ‘deal’, embracing international trade and the future. Thus, time will tell if this truly is the Great Brexit Betrayal or not.

PrevPreviousI’ll Stick To Delusion, It’s A Lot Safer
NextPaperchase’s decision was idiotic and misguidedNext
On Key