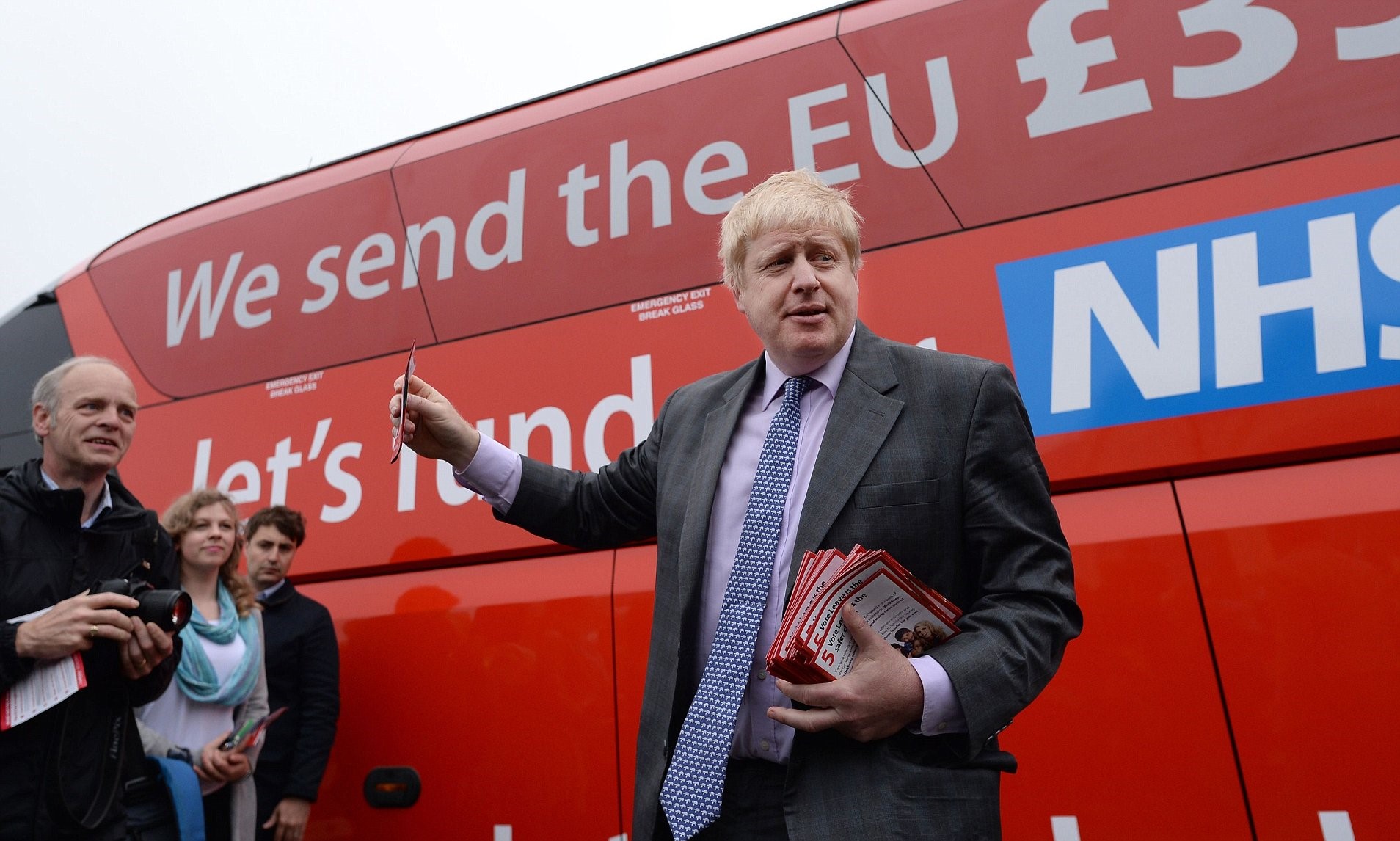 Picture this scene: The sun is setting and ferries are carrying passengers home from a long day at work. As he sips his beer by the Bosphorus, Boris Johnson is reminiscing about a time when Istanbul was the centre of European civilisation. He seems calm and measured – reasonable even. When you hear what he says, he makes some compelling points. “What do we say when we keep Turkey out of the European Union just because it’s Muslim?” he asks. He proceeds to answer a question with another question: “Are we really saying, about ourselves, and Europe, that it must be forever coterminous with nothing but Christendom?”

This anecdote would seem remarkable for anyone who hears those words come out of Johnson’s mouth knowing what we know today. After all, this is the politician who owes his entire premiership to a political movement that capitalised on precisely that fear: Turkey joining the EU. The resulting confusion is justified, seeing how the Leave campaign put out ads titled “Turkey (population 76 million) is joining the EU” – an obvious attempt to exploit xenophobic sentiment against Turkish immigration.

Both the Leave campaign’s tactics and Boris Johnson’s apparent change of heart are striking to see. However, at the same time, the story gives us a glimpse into the politics of the Prime Minister. It seems that, ultimately, one thing has defined and driven Johnson’s political life: an obsession with power and a will to get it at all costs.

A defining feature of Johnson’s university life was the Oxford Union, the debating society of the University of Oxford. The President of the Oxford Union, a role many saw as the first step to becoming Prime Minister, was a coveted position and Boris seemed to have set his eyes on it right from the beginning. For him, it seemed not to be about the responsibilities, but about the position itself.

Perhaps that was more indicative of the entitlement resulting from the extreme class divide at Oxford at the time, with ambitious future Tory politicians like Michael Gove, David Cameron, and Jacob Rees-Mogg dominating the power-hungry climate at the Union. Nevertheless, Johnson himself was an extreme case. His two runs for Union President showed his potential for garnering political support; his overly posh and eccentric personality proving useful in his future political life. The signature Boris Johnson trait — personality over policy — had clearly begun to develop during this time. ‘Personality over policy’ is perhaps an unsurprising observation, but its impact on Johnson is immense as in his career as a journalist, and later a politician, he seems to have had few discernible and consistent political views.

Let’s go back to our discussion of Brexit. Even if Johnson would like us to think of him as the personification of the Brexit movement, unlike Jacob Rees-Mogg, who has been an ardent Eurosceptic for decades, Johnson’s relationship with the EU is a lot more complicated. There are no shortage of quotes that declare his fondness for Europe, but one in particular stands out: Johnson once said in an unpublished column in 2016, “The membership fee seems rather small for all that access. Why are we so determined to turn our back on it?” This is the man who went around the country in a big red bus with the words “We send the EU £350 million a week. Let’s fund our NHS instead.” printed on the side.

How could a politician who was at least ambivalent towards the EU change so radically in such a short period of time? The answer seems to be rooted in opportunism. The editorial in which Johnson expresses his support for the Leave campaign only addresses his frustrations with the EU and not his vision for the relationship between the EU and UK. Johnson played his cards close to his chest in the Brexit referendum regarding the questions about a  post-Brexit relationship with the EU, instead emphasising the vague nationalistic rhetoric of “taking back control”.

Indeed, later, when the Leave campaign won the referendum and he was running to succeed Cameron as PM, he insisted over and over again that the UK would have access to the single market. The hard-Brexit-loving Boris Johnson wasn’t created yet. But after Michael Gove stabbed him in the back in the post-Cameron leadership election and he was appointed Foreign Secretary, he changed his tone quickly and endorsed a hard Brexit.

All of Johnson’s actions in this period, I believe, can be explained by opportunism. Endorsing Brexit and parting with the party establishment was a risk, but there was a clear path to Downing Street for Johnson if he took it. Johnson becoming a leading figure in the Leave campaign was no accident. It was, indeed, the perfect opportunity for him to use his signature political tool, his personality, to become number one on the list to succeed Cameron. He took risks; some paid off, others didn’t. But the moment those risks didn’t pay off, he changed to the opposite extreme and took the helm. That’s how he ended up where he is today.

You may ask: “So what?” Well, that all depends on what we want out of our politicians. What matters more and why, principles or results? If you believe principles are paramount, Boris Johnson is not your man. As we have seen, he has a tendency to stick to whichever political position is trending that day or whichever one will lead him to power. Most politicians have established policies that lead them to gain power, while for Johnson it is the other way around: Power (and the ambition to gain it) guides his policies, meaning that the position he has one day is prone to changing the next if it gives him a better chance to gain power. So if results matter more than principle, Johnson may seem like a decent option.

After all, the hard-Brexiteers are happy. The Brexit trade deal ends freedom of movement, the jurisdiction of EU courts over the UK, and largely leaves Britain free to make all the free trade agreements she wants (though these provisions are mostly much softer for Northern Ireland). Even if it doesn’t look like he can achieve much at first glance, Boris Johnson has a track record of delivering results. We have seen it when he was Mayor of London and we have seen it with him in 10 Downing Street. Of course, we can debate what and for whom he has delivered results. Nevertheless, the fact remains that if you have shared interests with Johnson, there is a good chance he will be able to deliver for you. The risk that you will then have to take is Johnson abandoning you for more power. If the past is any indicator of the future, I would err on the side of caution.