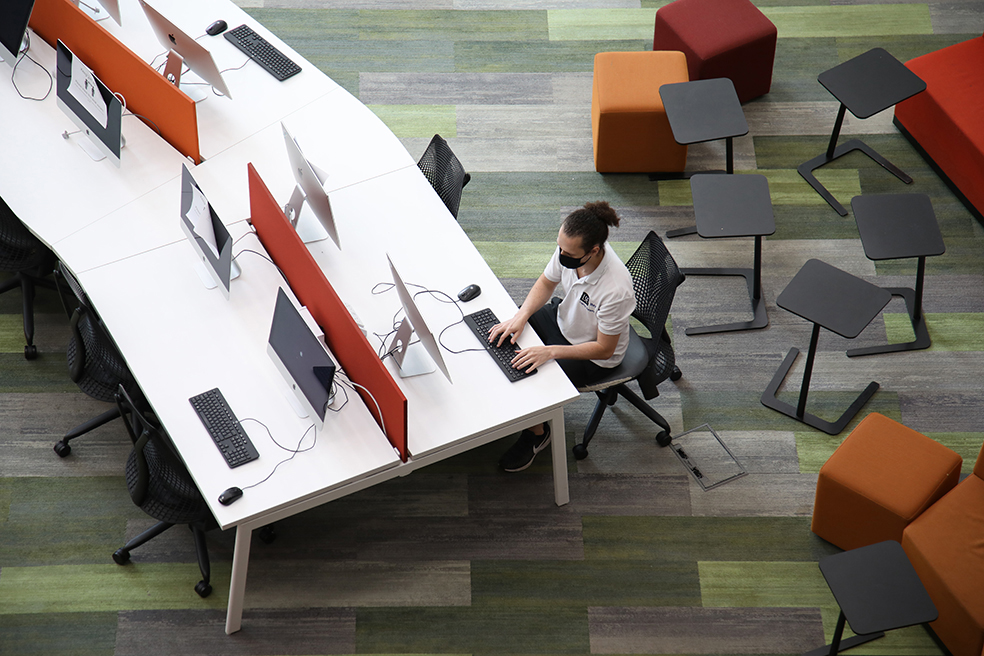 LSESU Sabbatical Officers: LSE’s online proctoring plans are a betrayal of its values

In an op-ed, the LSESU Sabbatical Officers warn about the consequences of LSE’s plans for online proctoring.

Update: LSE informed the SU on January 11 that it had withdrawn plans for a full-scale rollout of online proctoring. The Beaver understands that LSE still hopes to trial the technology in a few exams.

LSE is considering deploying an AI-assisted online proctoring tool such as Proctorio or Respondus for Summer exams. As LSESU’s Sabbatical Officers, we wish to inform students of the dangers in letting these technologies into our education. Online proctoring places onerous burdens on students and has potentially discriminatory effects. Accordingly, it has been challenged by students across the world. Debates about these tools are ongoing, and meanwhile the Students’ Union successfully stood up against implementing these measures for January exams. However, LSE is going forward with further consultation for the Summer Term and LSE students and staff alike should push back against these plans.

For-profit companies have developed technologies that track eye movement, monitor keyboard and mouse activity, and record audio and camera streams. Such AI software continuously analyses an array of data, flagging potential misconduct for review by humans. LSE’s Online Assessment Project notes that students could be required to download specific software, add-ons, and even provide software access to their desktop. The Online Assessment Project describes getting ready for an exam in this way: “Firstly, the solution would take control of the candidate’s browser (often locking it down), a final system check would take place (e.g. making sure the camera and mic are working) and lastly, an identity verification mechanism would be applied.”

Let us be clear: online proctoring is not the same as exam invigilation; it involves a level of scrutiny and an invasion of students’ privacy that is unparalleled by current LSE policy. Students will have a (digital) eye tracking their every movement — monitoring unheard of in regular exam settings.

These experimental technologies are potentially discriminatory

AI-based facial recognition has a long and well-documented track record of being racist, and such concerns do not seem to have been fully explored by LSE. Facial recognition usually disadvantages non-white people. In exam settings, there is evidence of Black people having to shine lights to their faces so that they are recognised — this leads to headaches and the obvious discomfort in having a light beamed on your face for hours at a time.

If LSE uses online proctoring, it will be failing to appreciate the diversity of its student body. We are concerned that the initial documents circulated about the online proctoring plans make little to no mention of equality and diversity considerations. Students with disabilities, who are neurodiverse, or have mental health issues will be particularly disadvantaged by these measures. Students with physical tics, for instance, may be flagged for potential misconduct when none is occurring. Students with anxiety issues will feel the excessive pressures of constant monitoring, and peer-reviewed research has shown that students prone to test anxiety underperform in online-proctored exams.

Further, there are concerns that trans students may be outed through the identification process, which causes problems when their preferred names are different to those on their government IDs. Separately, students with caring responsibilities (for younger siblings, for instance) may simply find it impossible to keep their eyes on the screen, and may have to come away from their exam for short periods to fulfil other duties.

Director Minouche Shafik unveiled LSE’s 2030 strategy a little over a year ago. The strategy’s third pillar is to “develop LSE for everyone”, which should orient LSE towards expanding on the rich diversity among students and staff and ensuring that the university is an inclusive education environment. The concerns over how underprivileged students will be affected by online proctoring are insurmountable — thus, online proctoring would betray the strategy’s objectives.

In October, LSE’s Education Committee met to consider initial proposals to use online proctoring during January assessments. Informed by arguments and perspectives from academic staff and the SU, the Education Committee rejected the proposals. This occurred especially in light of the proposal’s failure to take into account inclusivity and its impact on students. LSE still has not conducted a thorough analysis of these impacts, and the fact that it is proceeding to consult departments without consulting students, or satisfactorily addressing issues of inclusivity and diversity, raises big red flags. There are many other ways of ensuring academic rigour, drawing on an array of pedagogically sound strategies that departments have had more than enough time to develop.

The Students’ Union has been clear in its opposition to the plans. LSE still pushes ahead, offloading student consultation to the Students’ Union, and ignoring the concerns raised even by its own staff. Students have had an awfully difficult year, and these plans serve only to increase their burden in an already burdensome situation. If the School wants to show its student body that it is committed to partnership, going ahead with these plans would be a step in the wrong direction.