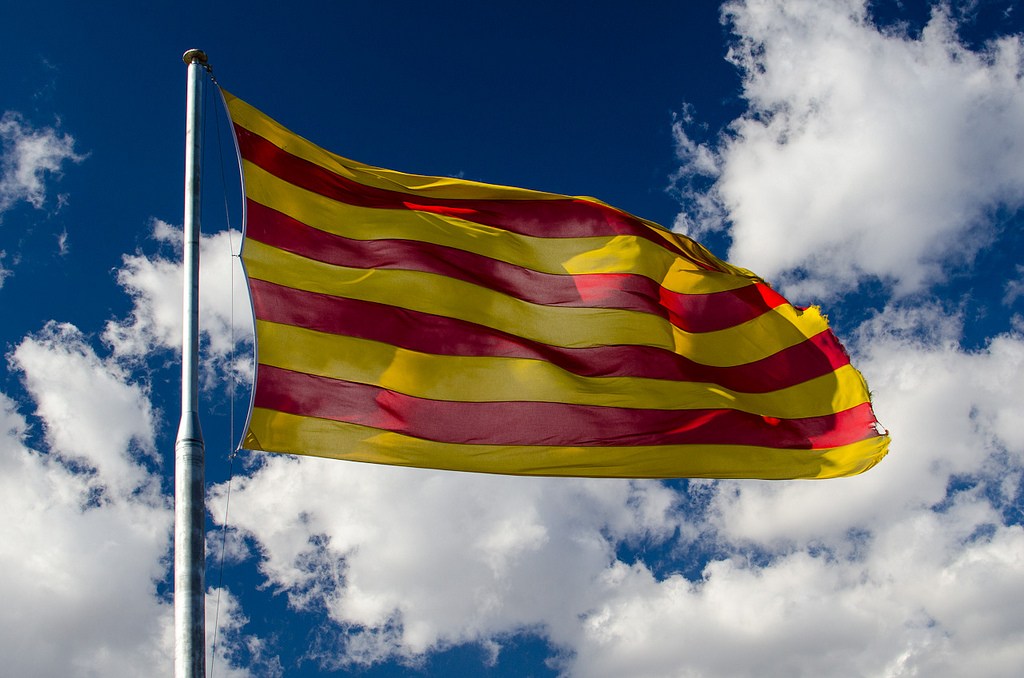 “I killed her because she was mine”

I believe it is fair to point out from the start that I am Catalan, born and raised in Catalunya; thus, I have been living this entire process. Nonetheless, I will try to be as objective as a journalist is supposed to be, and stick to facts, not to moral judgments.

Although it may have come as a surprise for Europe and the world, Catalunya has been struggling for its independence since 2012, when more than a million of its citizens demonstrated in the streets of Barcelona, in episodes that have repeated themselves in multiple forms and figures every single 11th of September, the Catalan national day or “Diada”, since that year. The reason for that first demonstration, which in a way represents the beginning of the escalation of the conflict, was basically that Catalunya is tied to a legal framework that cannot accommodate its needs and aspirations anymore, and which is anything but democratic: the “Estatut”.

The Estatut, the supreme law that regulates Catalan autonomy, was first approved by a majority of 80% of the Catalan Parliament, and then accepted through a legal referendum by the population. However, this Estatut was then amended and severely cut both by the Spanish Parliament and the Supreme Court, ending up as a pale copy of the one Catalans had accepted, and thus the disenchantment began. Up to that point, Catalan nationalism had struggled to be part of the Spanish project of building a democracy together after Franco’s dictatorship, one in which both parties could grow and prosper. Nevertheless, Spain and Catalunya have evolved to be further and further apart: Catalunya is not even granted the status of a “nation” by the Constitution; it only has a limited authority, more administrative than political, and suffering from an accented process of centralisation, especially since the economic crises- completely unjust economic treatment, considering that it is the richest region in Spain (especially when compared, for example, to the Basque Country), and profound cultural and linguistic discrimination.

The Catalan nation, its language and its culture go back for more than a thousand years in history, with a long tradition of political institutions that have exercised self-government since the Catalan Courts were created in the 13th century. All these particularities were prohibited in 1714 by Felipe V, King of Spain, after the Succession War, and then again with Franco after the Civil War, 1936-1939.

It is because of this growing popular demand for more respect and political autonomy, that the Catalan government, after trying to get a better fiscal pact in 2012, and repeatedly asking for a political dialogue that led to an agreed referendum, has found itself compelled to organise, first a popular consultation in 2014, then a plebiscite in 2016, in which the independentist parties won the majority of the seats in Parliament and, finally, as it was stated in their electoral programmes, the call for a referendum of self-determination. It must be noted then, that its main purpose was not to provoke the state into reacting, so as to sell a narrative of oppression, but to respect the human right to freedom of expression and self-determination through democratic and peaceful means, one of the main characteristics of the Catalan legislative process.

Therefore, we see a situation in which there is a latent conflict between legitimacy and legality, as argued by Professor Nicolas Lavrat in his report Catalonia Legitimate Right to Decide (2017), and a State that rejects all kinds of dialogue related to this topic. As Mariano Rajoy himself said to Carles Puigdemont: “It’s not only that I can’t talk about it. I don’t want to”. The only tools used by the State have been declarations of unconstitutionality, occupational prohibitions, and severe penalties for Catalan politicians. These politicians had be accountable to 80% of the population in favour of the referendum for self-determination.

Around the rest of the country, as I know from living in Madrid, the narrative sold by the media and the political class is completely at odds with what both Europe has seen this past month, and that Catalunya has experienced these past years. There is no justification for the use of force and the violent acts that were seen in the streets of Catalunya on the 1st of October, which included the sexual harassment of women leaving polling stations and sent nearly 900 people to hospital. Even in these conditions of repression and fear, more people went to vote than in 2014, which translated to 56% of the population- though 15% of ballot papers were destroyed by the police. The referendum was accepted by international observers, who also pointed out that “no one should ever see the images we have had to face today in Spain”.

The actions of the Spanish state towards Catalunya, belittling and reining it in, but never wanting to let her go, not only show a complete ignorance of what is going on in Catalunya, but also remind me of that sentence widely used in campaigns against sexist violence: “I killed her because she was mine”. Last Tuesday, the Catalan government proclaimed and temporarily suspended the declaration of independence, so as to give one last opportunity for dialogue; let’s see if Rajoy takes this chance, or if he prefers repression and article 155.