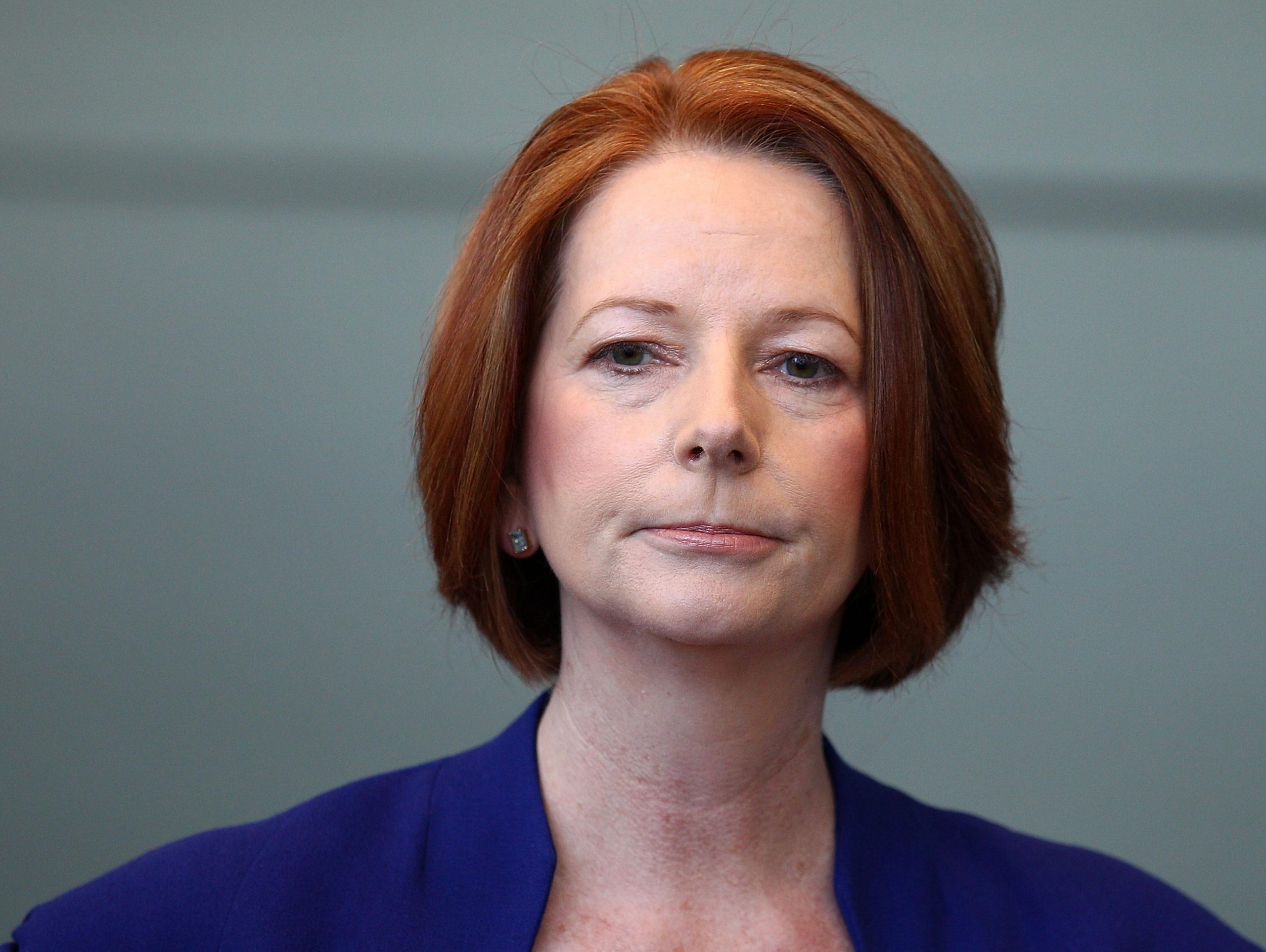 In conversation with the indefatigable Julia Gillard

Julia Gillard was the 27th Prime Minister of Australia (2010-2013), and the first woman to hold the positions of Deputy Prime Minister, Prime Minister & Leader of a major party in Australia. She is currently the Chair of the Board of the Global Partnership for Education (GPE), which is the only global fund solely dedicated to furthering education in developing countries. Earlier this year, she was appointed a Companion of the Order of Australia for services rendered to the Australian Parliament.

During her time as Prime Minister, Gillard reformed Australia’s education system at every level from early childhood to university education with a special focus on disadvantaged children, and was also responsible for establishing Australia’s first national curriculum. She is also known for her ‘misogyny speech’ directed at Opposition Leader Tony Abbott’s views on women, which rocked the Australian parliament and even prompted a revision of the dictionary definition of ‘misogyny’.

The Beaver had the opportunity to interview Gillard following her address at the LSE’s Old Theatre on the 22nd of May, which was on the theme of ‘Education for All: meeting the challenges of the 21st century’.

In her address, Gillard drew attention to the global learning crisis wherein 263 million children of primary and secondary school age are not in school, as well as the multifold challenges of ensuring that children in the developing world have a quality education. She also touched on the difficult goal of educating children within the context of the current political climate, but insisted that, “Whether an individual voted Leave or Remain, Trump or Clinton, Le Pen or Macron, educating children should provide a point of unity.” She ended her address with a powerful quote from Nelson Mandela; “Education is the most powerful weapon which you can use to change the world”, and an impassioned plea to members of the audience to “step up now” and invest in education in the most poverty-stricken and least stable countries in the world.

The event was chaired by Pauline Rose; Director of the Research for Equitable Access and Learning (REAL) Centre in the Faculty of Education at the University of Cambridge, and Saul Estrin; Professor of Management and founding Head of the Department of Management at the LSE.

(Q) Speaking of Education, many would say that you gave Tony Abbott an education in what a misogynist looks like! So how do you and the GPE plan to overcome misogynistic attitudes towards women’s education in developing countries, particularly those under the remit of the GPE?

Yes, that’s a good question, thank you! The Global Partnership for Education certainly works on the inclusion of all children in education, including the girls. And we’ve got a proud track record of getting girls into school. We’ve made a 10 percent difference for GPE countries in primary school completion rates, but a 15 percent difference for girls. So, we have focused on the girls. In terms of the barriers to girls getting into school, sometimes that is community and cultural attitudes, sometimes its just straight out poverty. Families are so poor that they’re trying to run their lives so that everybody’s got enough to eat, and that is a daily struggle. Families will make choices or might make a choice that they’ll keep their girl home from school and she can do domestic duties and that will free up an adult to go and do something income-earning.

We found in many countries that programs like school feeding or very small cash transfer programs can actually make a difference to those family decisions that realise the benefits of the girl going to school. So it is about getting the policy mix right, working with the developing country, but it is also about the advocacy of inclusion of girls in school and particularly the advocacy of the benefits of girls going to school.

(Q) Educating women is said to translate into equal opportunities and pay for women in the workforce, sports and government representation. But a global study conducted by the University of Vermont last year showed that education alone is not enough to close the gender gap. So what supplementary policies should governments implement to smash the glass ceiling?

That’s a complex question. I think educating girls is a necessary but not sufficient condition for the full equality of gender and our own societies show that. The UK, Australia, being at 50% men and women coming out of schools and universities for a long period of time, but not everything has equalised in our societies. And so, you need to do more to bring women through to leadership. You don’t need to do more on legislation and regulation for things like equal pay to make a difference. We could talk about that all night and I wouldn’t get to the end of the possible policy solutions.

But all of those things will be more in reach if you are dealing with an educated population. So of the big ticket items that matter; workplaces that enable balances between work and family life so women don’t end up not able to make a career over time because they also have children, leaders who are prepared to embrace diversity and inclusion in their workforce, getting through the unconscious biases we all hold that stop us fairly assessing men and women. These are all elements of the solution.

(Q) Your book, ‘My Story’ is dedicated to your late father and in it you say that, ‘His love of learning was inspiring, his belief in me was sustaining’. In what ways did your father influence you to become a leader in politics and education?

Well, he was someone who was very focused on the value of education because in his own life he had left school far earlier than he would have liked to. He was a boy in a family of seven in South Wales here in the United Kingdom and he needed to leave school at 14 just simply because his family couldn’t afford to not have him working. And that sort of set a course for the rest of his life, which ended up being a long and happy life, but he always wondered what his life could have been if he’d got the opportunity to finish school and potentially go on to university. And he certainly was very ambitious of my sister and I to make sure that we had all of the benefits that education could bring.