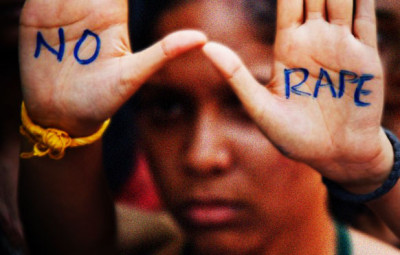 “In our culture, there is no place for women.” This was just one of the many vitriolic statements made by defence lawyer, M.L. Sharma, in defence of the six rapists who brutally gang-raped and mutilated 23 year-old Indian medical student, Jyoti Singh, in a recently aired BBC documentary titled ‘India’s Daughter.’ On the 16th of December, 2012, Jyoti had just finished her final year medical examinations, despite having battled with many challenges in her young life, such as growing up in circumstances of extreme poverty and a neighbourhood roiling from the sting of patriarchal pressures. The future looked bright; she was confident that she would pass her medical exams and achieve her dream of becoming a doctor, and had told her parents that finally their scrimping and saving to pay for her university fees would come to an end. In Jyoti’s father’s own words in the documentary, “Happiness was only a few steps away.” Little did Jyoti’s parents know that as she sailed out the door that evening to go and see a movie with her friend, that all happiness, future and present, was sailing out the door with her.

According to The Times of India, a 13-year study of criminal data highlighted the shocking fact that close to 60 rapes are regularly reported across India on a daily basis. And if you break down the statistics further, this approximates to around two rapes hourly, every day, for the last 13 years. But the magnitude of these statistics was probably the last thing on Jyoti’s mind as she and her male friend accepted a lift from an off-duty charter bus on their way home from the cinema at 8.30pm, where they had just finished watching ‘The Life of Pi’. The documentary then depicts the horrifying series of events that ensued; wherein the six men on the bus first verbally taunted and then beat into submission both Jyoti and her friend, and then took turns at systematically raping her. As if this wasn’t enough, one of them used his hand to pull out her intestines, wrapped them in a cloth, and threw them out of the bus, followed by the bodies of the severely injured Jyoti as well as her male friend. Jyoti died a few days later in hospital due to sustained injuries in her abdomen, intestines and genitals.

A word of caution: this documentary is not for the faint-hearted. Several times during the documentary, I found myself involuntarily averting my eyes from the film and shuddering in sheer horror and revulsion at the monstrosities committed by these six individuals. But what appalled me even more, were the vitriolic opinions shared by the rapists and their defence lawyers during interviews conducted by the director of the documentary, Leslee Udwin. According to one rapist, Mukesh Singh, “you can’t clap with one hand”, implying that Jyoti is equally to blame for her rape by virtue of being out at 8.30 in the night. Furthermore, A.P. Singh, one of the defence lawyers, fervently iterates that if his daughter or sister had done as Jyoti did and gone to see a film with a male friend at night, that in his eyes she had effectively “disgraced herself and allowed herself to lose face and character” and that he would “take this sort of sister or daughter to my (his) farmhouse, and in front of my entire family, I would put petrol on her and set her alight.” When I reflect on these misogynistic and backwards statements, it is of no surprise to me that the Indian government has banned the release and screening of the documentary in the country, requested the BBC to not release the documentary anywhere else in the world, and that the Indian Ministry of Information and Broadcasting is removing several versions of the documentary that have popped up all over YouTube.

However, when you peel away the layers of media frenzy, controversy, and emotion surrounding the documentary, what you have left is not the story of one young woman who was savagely raped by six men, but a story of the plight that most Indian women (70% according to The Times of India), face on a regular basis against a deeply-ingrained mindset of misogyny, male supremacy, and patriarchal values that still exists amongst certain groups of the Indian populous. Now I’m not saying that India is a country of rapists; far from it. The world is full of rapists and other sorts of equally if not more horrendous forms of criminal behaviour. But what I am saying, is that this documentary needed to be shown despite the ban placed on it, and the fact that it was, hopefully now paves the way for a process of re-education in society, in line with a thought-provoking statement from Jyoti’s mother, that, “Whenever there’s a crime, the girl is blamed, ‘She should not go out. She shouldn’t roam around so late or wear such clothes.’ It’s the boys who should be accused and asked why they do this. They shouldn’t do this.” Jyoti was the sort of person who once stopped a policeman from hitting a street urchin who stole her purse, and who stood up against the men who raped and subsequently killed her. Indeed, Jyoti Singh may have been India’s Daughter, but first and foremost, she was a fellow human being, much like us, and shared many of our own hopes, dreams and aspirations. Therefore, this International Women’s Day, lets take a stand against the gendered prejudices prevalent not only in India, but in each of our own countries, universities, schools, and even homes, so that there is no chance for any individual, be it man or woman, to feel the need to commit atrocities like rape, and so that even if these atrocities are committed, we do not sit in silence.

PrevPreviousEradicating the Scourge of Human Trafficking
NextThings are heating up in the Subcontinent; India and Sri Lanka sign Nuclear Energy PactNext
On Key