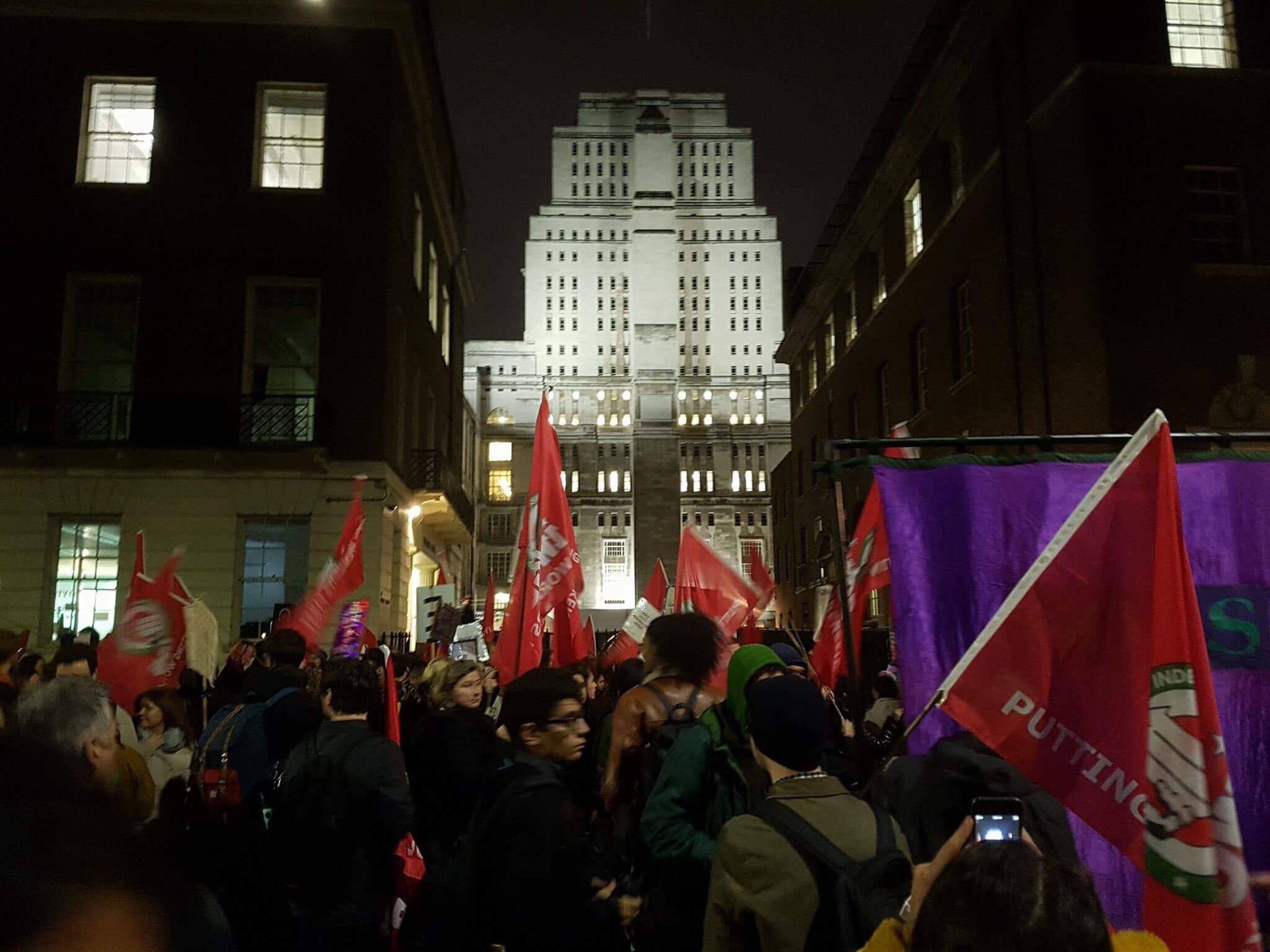 Inside Senate House presided a calm, and opulent event, attended by those in evening wear and academic gowns. The evening was initiated by a speech from the chancellor of the University of London: HRH The Princess Royal, Princess Anne. She talked positively of various universities and briefly addressed more concerning issues, such as Brexit. She emphasised the need for an international environment in London and that universities are looking at finding new ways to gain funding to encourage international students to study in London now that programmes like Erasmus are coming to an end.

Following the speech there was the presentation of honorary degrees to academics who had made large contributions to the UoL, such as Professor Ursula Martin, who was congratulated for being an active proponent and mentor for women in science and engineering. The graduands were presented by Vice Chancellor Professor Adrian Smith and Chair of the Board of Trustees Sir Richard Dearlove.

The ceremony was followed by an opportunity for representatives from UoL halls and universities, including the sabbatical officers from LSE, to meet Princess Anne. The meetings seemed quite forced and unhelpful as a conversation would never reach past a few sentences with any one person – it was more of an extra indulgence to add to the evening rather than any way to address meaningful issues.

Outside, excluded by black canvassed metal fences encircling all entrances to the building, University of London workers demonstrated to be let ‘in-house’.

For several months now, cleaners, porters, security and post-room staff at the University of London have been striking to end their outsourcing to the agency Cordant Security. Because they are being directly employed by Cordant and not the University of London, the Independent Workers Union of Great Britain (IWGB) states that they are experiencing a “discriminatory two-tier system”.

Zero-hours contracts are used for some outsourced staff, they receive 1% in pension contributions rather than the 13% for in-house staff, as well as significantly lower sick pay and annual leave. Since 2011 they have not received the University’s promise of continued pay rises, yet the number of University staff earning £100,000 and over has tripled in this time, with Vice-Chancellor Adrian Smith earning a salary of £173,000. Outsourced workers have also reported several cases of discrimination and harassment to their union IWGB. Outsourced workers are predominantly migrant and BME, while in-house staff are mostly white British, something the union sees as an “example of the ongoing institutionalised discrimination in our educational institutions”.

Following a series of strikes, demonstrations and petitions, outsourced workers with IWGB managed to win a commitment to being paid the new London Living Wage of £10.20 an hour from the start of November. With the University now currently reviewing all their outsourced contracts, the demonstration was held to keep up the pressure on the University, especially during a high-profile public event.

Princess Anne did not attempt to address the demonstrating workers. Instead, blacked-out cars were seen racing past the demonstration to enter the Foundation Day celebration. There were reports that Senate House had to find extra outsourced security staff for the event as many existing outsourced Cordant Security workers were unwilling to cross the picket line. The demonstration caused some public disruption following a march around Bloomsbury and onto Southampton Row, disrupting traffic on both sides of the main road.

Some 250 workers, union representatives and students turned out in solidarity for the demonstration. Amongst the banners at the event were members from the McDonald’s and Picturehouse strikes, SOAS and King’s College Justice for Cleaners’ campaigns, as well as LSE’s own Justice for Daniel campaign.

It was also announced on Tuesday that IWGB are taking up a landmark legal challenge to allow outsourced workers to collectively bargain with their ‘de-facto employers’ under the principle of ‘joint employment’. This move would prevent both the outsourcing agency and the University from passing off responsibility for the working conditions of their employees.

The contrast that night, therefore, seemed stark between the placid celebrations of progress within the university and the issues yet to be addressed with regards to improving the university and conditions for the workers within it.