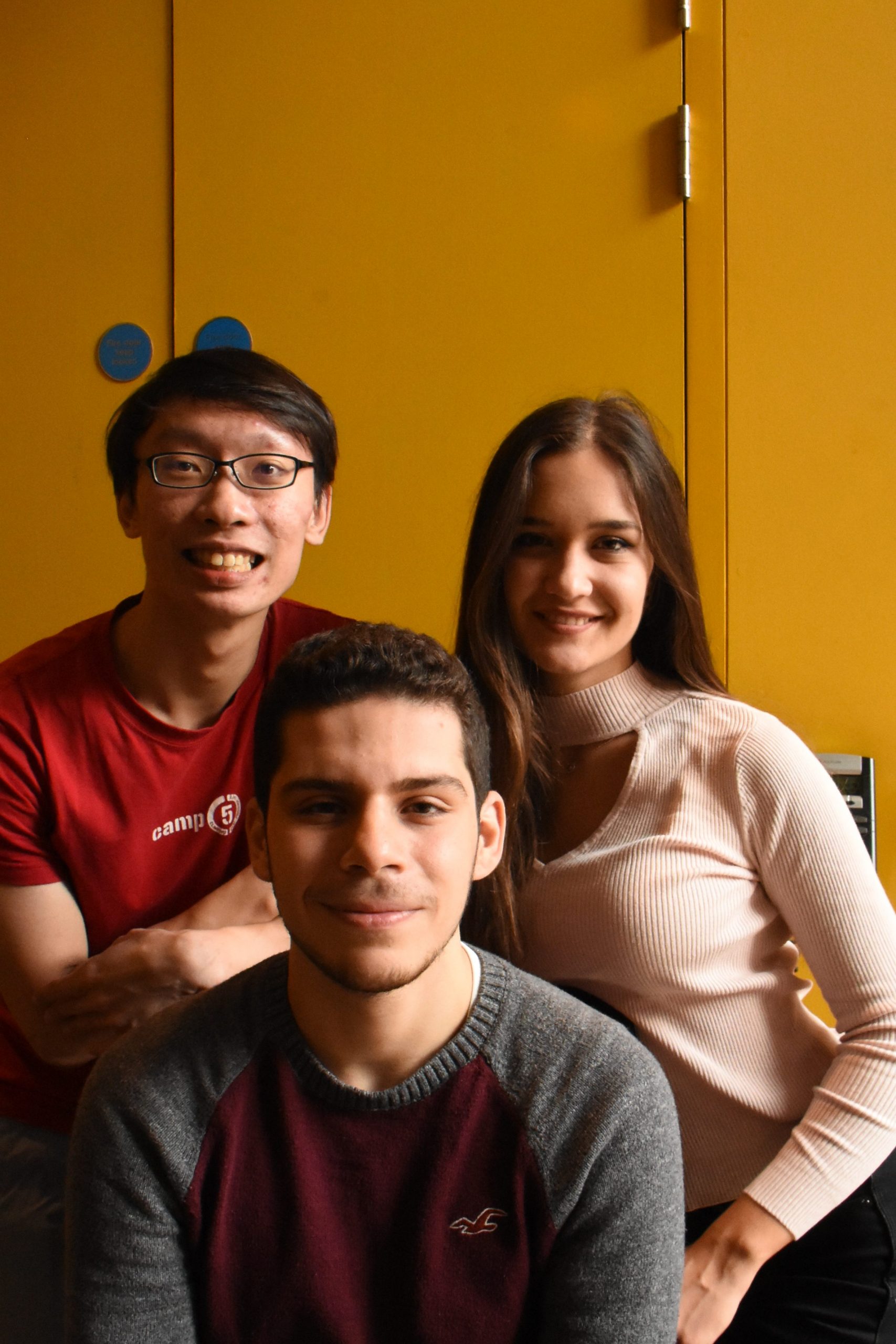 Where are you from?

Jad Baghadi: I’m from Syria. I study International Relations. I was born and raised in Syria up until 2013, then I had to move to Lebanon. I stayed there until I came here for university.

Anna Mallioti: I’m from Cyprus and I have roots from Ukraine. I grew up partly in Ukraine in Zaporozhye and then I moved to Cyprus when I was 5 because the political situation wasn’t the best in Ukraine at that point.

What does it mean to be from Singapore?

RL: One of the things is about how we’re ok with an authoritarian government, and we’re really law abiding, very hard working maybe? I think that Singapore is still young, I don’t think we have a very strong sense of national identity because we haven’t been around for that long. A lot of people would identify our culture in terms of food, food culture is a big thing in Singapore.

What does it mean to be from Syria?

JB: There’s this Syrian pride that was so common around the country, like it means something very special to be Syrian.

What does it mean to be from Cyprus?

AM: I would say that Cyprus equals beach, sun, holiday, and all that stuff. Also the lives there aren’t as fast paced as London, so I really appreciate it because it’s nice to take a break sometimes.

How has growing up in multiple places affected your identity?

AM: It affected my identity because I can have both the Ukraine/Russian identity inside me and the Cypriot one. It made me who I am today, and I would say that I’m really grateful for it because I’ve had the opportunity to become close to two cultures and learn two languages at the same time

What’s the most annoying question you get about home?

RL: Probably about languages. Most people are surprised that our first language is English, like “What??? You don’t speak Chinese or something else?”

JB: I have a friend who always asks me if something is halal, and I guess it’s common that Arabs are Muslim, but I’m not Muslim. I’m Christian, so I wouldn’t know.

What’s your favourite food from home?

RL: 海南鸡饭 (Hainanese Chicken rice). There used to be this place really close to my junior college, and it had the best chicken rice ever. There’s a cafe in Chinatown, that’s not bad. It doesn’t really compare, but that’s probably the nostalgia goggles going on.

JB: We have a dish called كبة لبنية (Kibbeh Bil laban). It’s sort of hard to explain, but it’s kind of like cooked yoghurt with meatballs.

AM: I absolutely adore Greek food. I love feta, and anything that has a lot of seasonings. It’s a big change from British food.

What do you miss most about home?

RL: I like how everybody is awake late. You can go to find food at 3 AM. In London the only place is Chinatown and that’s really limited. Singapore is closed later and just more convenient.

What was your childhood nickname?

RL: My Chinese name is 林文彦 (Lin Wen Yan), and my grandma used to call me 彦彦 (Yanyan), which I actually don’t know why she called me that. I don’t actually know what it means? But that’s just what they called me.

AM: Basically, I’ve got two names, and one is Ярославла (Yaroslava) which is my Russian one, and the other one is Anna, which is the name I was baptised with. Яся (Yasia) is short for Yaroslava. I don’t love it, but my mom still calls me that.

What’s the biggest difference between London and home?

RL: I think the main difference is how liberal the culture is here. I do pole fitness, which is kind of like pole dancing. Whenever I bring that up, it’s instantly like “are you a stripper”. I’ve actually had an employer ask that. He looked me straight in the eye and went “Do you strip”.

AM: That you cannot find any seats in the library! I would say the diversity, it’s so multicultural. It’s made me so much open minded to so many different things that you wouldn’t see every day in Cyprus

What’re your plans after graduation?
RL: I was planning on going back to Singapore, but it turns out, I’ve been rejected. So now I’m looking at London, hoping someone will employ me.

JB: I think for now, I should do a year of post grad, but it’ll all be related to how I can help in the Middle East.

PrevPrevious‘The Reign Of The Middle-Aged White Man Is Over’: “House of Cards” Takes Its Final Bow
NextOdell’s Ode to LondonNext
On Key