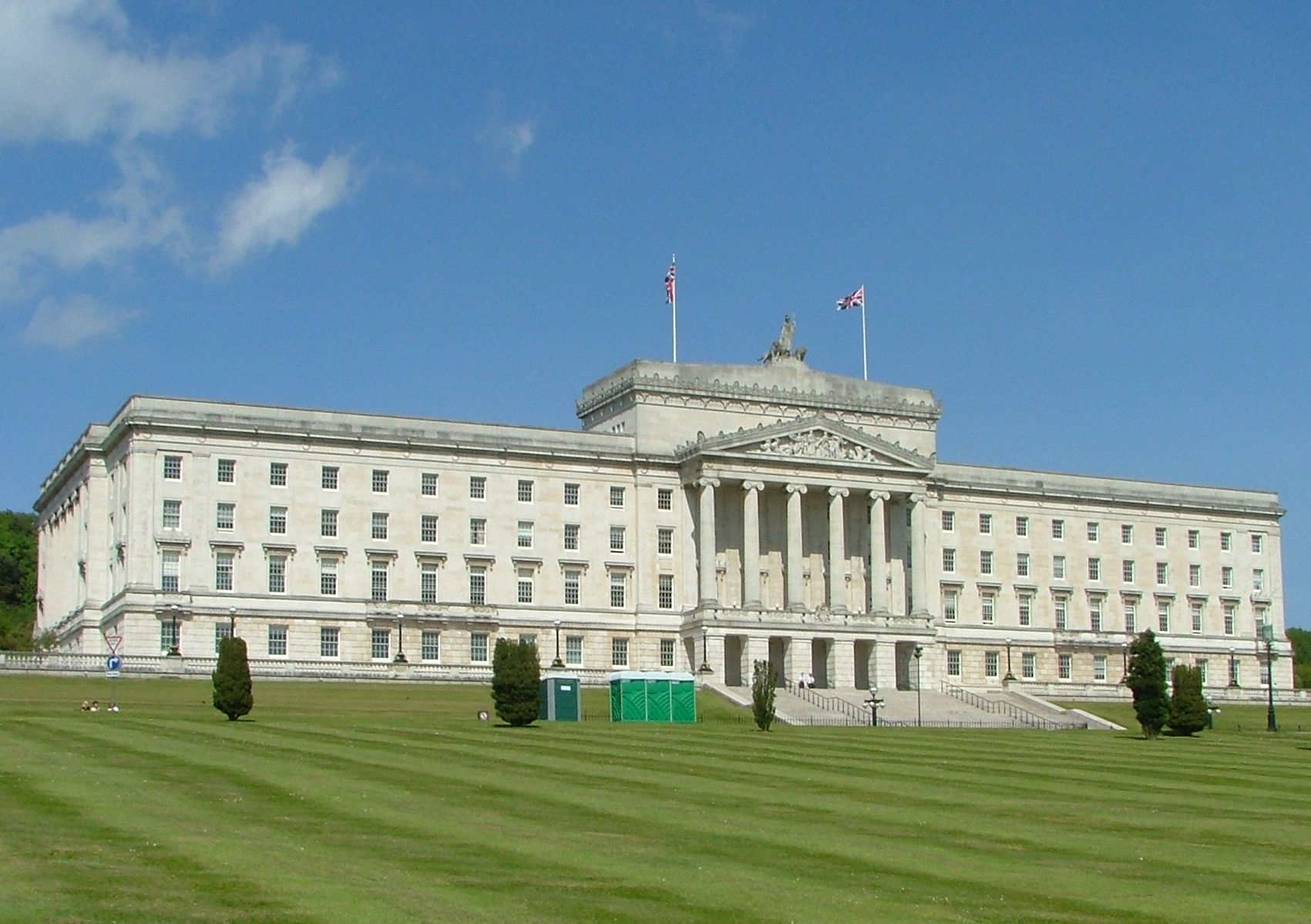 For the first time since the creation of a devolved Northern Irish legislature in 1921, unionists have lost their majority in a snap election that took place on March 2nd. The Democratic Unionist Party, the strongest party in the Assembly since its powers were restored in 2007, now has only one more seat than its republican rival Sinn Féin, and on first preferences the parties were separated by only 1,168 votes. None of which bodes well for either the union or the devolution settlement, with the risk of losing either looking more probable that at any time since the Good Friday Agreement was signed in 1998.

Northern Ireland’s second poll within a year was triggered when Sinn Féin Deputy First Minister and ex-IRA commander Martin McGuinness resigned in January, bringing down the Northern Irish Executive with him. This was in protest over the Renewable Heat Initiative scandal, known as “cash-for-ash”, which was implemented by DUP leader Arlene Foster in 2012. The RHI was a supposedly innocuous scheme which subsided wood-pellet boilers. For every £1 people spent on eco-friendly systems, they got £1.60 back from the executive – however, there was no cap placed on the scheme, which led to people burning wood just for the sake of receiving the subsidies, at a total estimated cost for the executive of a billion pounds.

Brexit was also a decisive issue in the campaign. The DUP were on the wrong side of the argument in Northern Ireland, which voted 56% in favour of remaining in the European Union. While the DUP wish to align themselves with Britain’s vote to leave, republican and unaligned parties such as Sinn Féin, the SDLP and Alliance, profited from a pro-European platform. Northern Ireland is the only part of the UK to share a land border with the rest of the EU. A hard border between Northern and Southern Ireland brought about if the UK leaves the customs union is deeply unpopular. What is unknown is whether the SDLP, the UUP and Alliance will each take a ministerial role in the executive or stay in opposition. Either is a gamble, stay in opposition and become irrelevant or enter government and become tarnished by sectarian divides and legislative deadlock.

Sinn Féin’s success in the election did not come from attracting DUP voters, but rather in increasing turnout among republican communities energised by a desire to hit the DUP for the RHI scandal. Voters in Northern Ireland tend to be extremely tribal, with about 80% of voters voting on sectarian lines. The moderate-unionist UUP and the moderate-republican SDLP called for their voters to vote for the other as their second preference party, a pact the UUP hoped would make them the largest unionist party. Instead they fell from 16 seats to 10 seats, less than the 12 the SDLP won. The UUP’s leader Mike Nesbitt resigned before counting had finished. It is now seen as somewhat inevitable that the UUP and the DUP will, sooner or later, merge, especially now the unionist bloc has lost its majority.

LGBT activists and pro-choice campaigners have celebrated the fact that the socially conservative DUP no longer have enough seats to put forward what is known as a ‘petition-of-concern’ in the assembly, a statutory instrument which effectively gives any party with a third of the seats a veto on any legislation on the basis that a bill is not sufficiently ‘cross-community’. Originally intended to stop the marginalisation of the nationalist community, it’s recently come to be used by the DUP to block equal marriage and abortion legislation as a succor to the party’s evangelical wing and voters who might be swayed by the hard-line Traditional Unionist Voice.

Now the DUP and Sinn Féin have two-weeks left out of a three-week statutory period of negotiations before Northern Ireland Secretary James Brokenshire must either call new elections or return power over Northern Ireland to Westminster. Negotiations have so far been unsuccessful. Sinn Féin President Gerry Adams, and Assembly leader Michelle O’Neill (replacing McGuiness, who is in poor health suffering from a rare genetic condition) walked out of a meeting with Brokenshire on Tuesday, accusing him of waffling, after he refused to release funds for a new legacy inquest. O’Neill marks a new era in Sinn Féin, she’s personally untarnished by violence in the Troubles, having been only 17 when the IRA announced its historic ceasefire in 1994. She has the potential to be the respectable face of republicanism, turning Sinn Féin into an equivalent of the SNP, rather than the political wing of the IRA.

Seen as the closest thing prime minister Theresa May has to a protégé, Brokenshire is tasked with both securing a new executive and with keeping the DUP on side so that May can rely on their eight votes in Westminster to shore up her slim Commons majority. In the years ahead during Brexit negotiations, those eight votes could be crucial if May’s backbenchers decided to rebel. However, this is a high-risk strategy as the UK government is at risk of losing its reputation for being an impartial arbiter between unionists and republicans. Many senior figures in the Conservative party, such as former foreign secretary William Hague, believe May should call a snap election to shore up her majority instead, but those close to May say she believes this would ruin her trustworthy brand.

Sinn Féin have stated their priority is the resolution of existing agreements, chief among which are unimplemented proposals for official recognition of the Irish language in Northern Ireland and a new independent body for dealing with outstanding Trouble’s cases, both of which were agreed to in Stormont House and Fresh Start talks in 2014 and 2015 respectively. To keep the DUP on side in Westminster, Brokenshire has agreed to effectively giving British soldiers immunity from prosecution by the Historical Investigations Unit. Republic of Ireland foreign minister Charlie Flanagan criticised the move by the British government, saying that there can be no “hierarchy of victims” and no amnesties. The Irish government are co-guarantors of the Good Friday Agreement and this diplomatic row could hamper the ability of London and Dublin to work together to help Belfast reach a settlement.

Brokenshire has been managing expectations, saying that a second election could follow if talks end in failure. He spoke of political “deadlock” and undelivered public services if an executive was not formed. It is looking increasing likely the DUP and Sinn Féin will not be able to come to an agreement. Sinn Féin will not vote for scandal-hit Arlene Foster to be First Minister, and Foster has said she is not resigning. A second election would likely result in a similar distribution of seats, in which case it seems likely power will be returned to Westminster for the first time in a decade, leaving Northern Ireland, probably the region most affected by Brexit, without a distinct voice in the Brexit negotiations.

A hard Brexit, which placed a hard border between North and South and removed vital income for the region such as agricultural subsidies which make up over 80% of farmers’ incomes, could tip the balance in Northern Ireland in favour of reunification with the south. According to 2011 data 38% of people in the north define as British, 25% as Irish, and 20% as Northern Irish. Only a fifth of 18-24 year olds now identify as unionist. The republican Catholic population continues to grow, as the unionist Protestant population plateaus. If the so-called “soft-unionists”, predominantly young people, who define as Northern Irish, began to see more opportunity as part of the EU in Ireland, the disintegration of the United Kingdom may not begin in Scotland, but rather in Ireland.