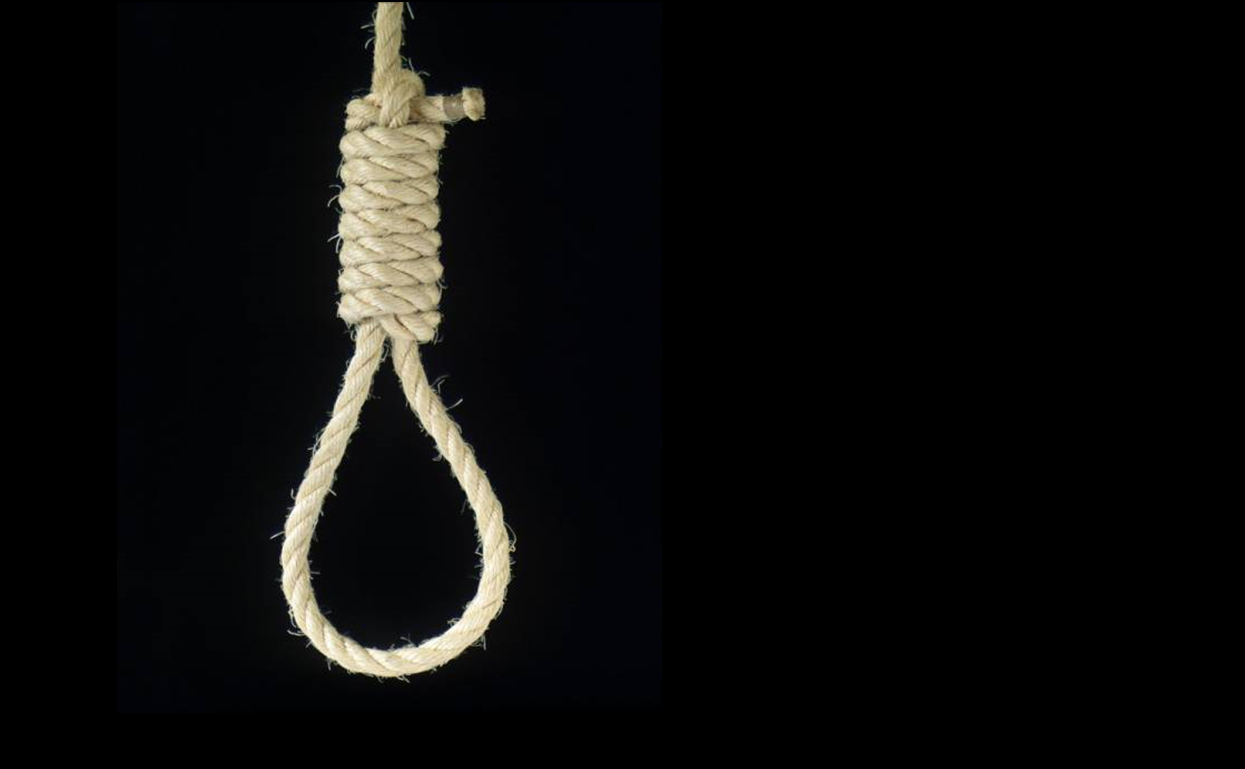 Reject state-sanctioned murder, even if we accept individual responsibility

On December 2nd 2016, Nie Shubin was declared not guilty by the Supreme People’s Court, in Liaoning Province, China. It replaced the first verdict from 1995 which had judged the twenty-one-year-old guilty of rape and murder. Twenty one years after his execution, Nie Shubin was acquitted. His father, Zhang Huanzhi, at the announcement, collapsed into sobs shouting: “My son, no one will bring him back to me!”
I will not argue against capital punishment by attempting to press a holistic view of crime upon you, considering the failure of the societal structure, nor attempt to make the case for the vulnerability of certain individuals which are victims of racial, ethnic and social class biases, more at risk of being perpetrators of crimes, but also more likely of being targeted and consequently punished, but will assume that guilt solely rests upon the individual charged in question.
On January 10 2017, 22 year-old white supremacist, Dylann Roof, was sentenced to death for the killings of 9 black people in a South Carolina church, after remaining unrepentant.
In the Last Day of a Condemned Man, published in 1829, Victor Hugo makes a strong case against the death penalty : “Those who judge and condemn say the death penalty is necessary. First of all, because it is important to remove from the social community, a member who has already harmed it, and who could still harm it. If it were only this, life imprisonment would be sufficient. What good is death? You believe that one can escape from prison? Monitor them better. (…) No hangman where the jailer is enough.”
You may argue that the case of Nie Shubin is different from that of Dylann Roof, and claim that there is sufficient proof to condemn the latter for his crime. However, Victor Hugo continues : “Society must take revenge, society must punish – Neither. To avenge is of the individual, to punish is of God. Society is in between. The punishment is above it, the vengeance below. Nothing so great and so small befits it. It must not “punish for revenge”; It must correct to improve.”
If you recall LSE100, a retributivist approach, the idea of punishing for the simple fact of being a crime, and considering adequate punishment according the degree of severity of the offence, only institutionalises revenge and punishment. Now, consider the utilitarian, consequentialist, approach to crime, that of maximising the good in society and minimising the wrongs. Hugo argues that prison is sufficient. Society should not play God. Capital punishment is by no means more dissuasive than life imprisonment, and if you do not believe in the reliability of prisons, focus on strengthening them, rather than denying someone the right to life. The role required of society is that of improvement. But there remains a another reason for capital punishment : “The theory of example. – You have to make examples! We must frighten by the spectacle of the fate reserved for criminals those who would be tempted to imitate them.”
In a powerful speech against the death penalty at the Constituent Assembly in 1848, Hugo continues : “You want to set an example. Why? For what it teaches. What do you want to teach with your example? Not to kill. And how do you teach that you should not kill? By killing. (…) It’s one of two things : the example given by the death penalty is moral, or it is immoral. If it is moral, why do you hide it? If it is immoral, why do you do it? (… )To be an example, it must be great; If it is small, it does not make us shudder, it makes us vomit. From being effective, it becomes useless, raging, miserable. It looks like cowardice. It is cowardice. The secret and furtive death penalty is no more than the ambush of society on the individual.”.
To come back to the case of Nie Shubin, it took 7 890 days to bring justice to his family – an irreversible error from a failed justice system, which offered the family a 30,000 yuan ($4,850 or £3,080) compensation.
Wrongful executions and posthumous exoneration grants show a major failure in justice systems, that will never be able to compensate for the innocent lives and the grief of families. In 18th century England, larger numbers of capital offences included condemning offences such as cutting down a cherry tree in an orchard, petty theft, stealing cattle or other property offences. The very definition of what constitutes crime and adequate punishment has also changed over time and space. 60% of the world lives in countries where executions still take place : USA, China, India, Indonesia. Offences such as murder, drug trafficking (China, Indonesia, Saudi Arabia, Iran, Singapore), treason, crimes against the state, rape (Iran, Saudi Arabia, China), adultery, religious offences, blasphemy, economic crimes (China) and some forms of robbery are still condemnable by capital punishment.

Ultimately, with Duterte looming at large, the trial of Dylann Roof, and the acquitting Nie Shubin, it is important to remind everyone that capital punishment cannot be justified as setting an example, as it is no more dissuasive than life imprisonment, it refuses the possibility of rehabilitation and second chance, it does not acknowledge the psychological effects on the executioners and it inflicts a psychological torture on the condemned. In Albert Camus’ Reflections on the Guillotine, Resistance, Rebellion and Death, written in 1956 he argues : “An execution is not simply death. It is just as different from the privation of life as a concentration camp is from prison. […] For there to be an equivalency, the death penalty would have to punish a criminal who had warned his victim of the date at which he would inflict a horrible death on him and who, from that moment onward, had confined him at his mercy for months.”

Article 2 of the Charter of Fundamental Rights of the European Union prohibits the use of capital punishment. Abolition was usually adopted with political change, changes from authoritarian to democratic regimes, and in the case of Latvia, as a precondition for entering the European Union. The Council of Europe, also prohibits the use of the death penalty for its 47 members.

I promised not to press a holistic view of crime, but it is also important to consider societal structures and the vulnerability of certain individuals which are victims of racial, ethnic and social class biases. If you do not believe in any biases in the system, structural issues, or possible mental disorders of the guilty, and would rather see Dylann Roof put to death, I urge you to reconsider the role of society. Society should not institutionalise revenge, nor play God.