Invasion by the superpower is a realistic threat from President Putin

Many commentators on post-cold war rivalries denounce the idea of a Russian invasion of the Baltic States as a preposterous fantasy of paranoid Russia-watchers. This is not so. Russia invaded and annexed Crimea and holds sway over the rebels now running parts of Eastern Ukraine. These are rebels it has supplied with the cutting edge of Russian military gear. Russia is directing a proactive policy that should not be underestimated. Her President, Vladimir Putin, openly rejects the system of “norms” and “moderation” that has guided post-war international behaviour, a system that the West seems increasingly reluctant to uphold. The world has become insensitive to even the possibility of “extreme” behaviour in Europe but it’s time for this illusion to stop. The Baltic States are historically, strategically and demographically vulnerable to a Russian invasion and this article explains just how easily this prospect could develop into a reality.

Stage One — Mobilisation of Ethnic Russians As in Ukraine, Russia would begin by mobilising the ethnic Russians. Pockets of Russians are dotted about all across Eastern Europe. They are remnants of Russia’s expansionist history. Some are the descendants of settlers who colonised the frontiers of the Tsarist Empire but most are descendants of Soviet workers transferred there to work on infrastructure projects in the 1950s. Ethnic Russians are the singularly most important strategic asset that Russia has in the Baltic countries. They are Russia’s key to the region and without them the goal of expanding her power would be incredibly difficult. Russia’s job of mobilising this population is made easier by the actions of the Baltic governments and the attitudes of their citizens.  Estonia, Latvia, and Lithuania have gone into panic mode over Ukraine. Harbouring some one million ethnic Russians between them, pernicious rumours of a fifth column circulate divisively,  prompting Lithuania to reintroduce conscription last year and even issue a manual providing guidance in the event of a Russian attack. Estonia announced plans last October to significantly increase its draft intake whilst Latvia is preparing to welcome further contributions to NATO’s ultra-rapid action task force stationed in the country. A surge in demand for outdoor survival courses reflects a growing civilian paranoia , a paranoia which makes Russians in the Baltics feel anxious and unwelcome. Such sentiment will make the Baltic Russians view the political parties representing them more favourably. These parties have been campaigning for alterations to citizenship rules and greater Russian language rights since the Soviet Union collapsed in 1991. They claim that the process of “naturalisation”, demanded as a precondition for citizenship by the Baltic governments, is a form of cultural oppression and they tend to enjoy good relations with the Kremlin. In an atmosphere of growing tension, the message of these parties will begin to make sense to more and more Baltic Russians. Tensions could reach a point where a slight territorial incursion during Russian military drills or an attack on Russians by local right wing groups could cause the situation to explode. Ukraine-like street protests and violent clashes with police would ensue.

Stage Two — Infiltration In this environment of confusion, Russia would lift the sluice gates to the Baltics, allowing the same kinds of people that it let loose in Eastern Ukraine to pour in. Russian nationalist hardliners, criminal opportunists, common thugs, Russian Orthodox fanatics and even elements of the Special Forces would find ample opportunity to stir up trouble in the Eastern Baltics. Russia would begin militarising her borders with the Baltic States citing security concerns. This would provide cover for the establishment of channels through which Russia would pump weapons to the now fired up civilians. Ukraine responded slowly to Russia’s policy of infiltration. Taken aback by the sheer audacity of Russia’s actions, the government took time to mobilise the army to full capacity and start taking the rebels seriously. The opposite is true for the Baltic States. Intent on not letting anything surprise them, their governments are poised to act at the slightest sign of danger. They would react immediately by instigating a deadly crack-down on civilian disorder thus triggering a spiral of grief and violence. Meanwhile, unsure of what to make of the “infiltration”, NATO forces would avoid engagements and await instructions from the Strategic Commands.

Stage Three — Invasion As the violence in the Eastern Baltics reaches ever greater heights, Russia would continue its manipulation of events on the ground and begin distorting the facts of the matter. The bloody over-reaction of Baltic security forces coupled with Russia’s capacity to act as a reservoir of fresh men and materials for the now emerging rebel groups would create such a situation of chaos in the region that Russia would start citing such things as “fascist” attacks on Russian communities. She would issue an ultimatum to the Baltic governments demanding an end to the conflict that she herself is sustaining. Without a miraculous ceasing of hostilities, Russia’s “hand would be forced” to make good on her promise to do everything in her power to protect ethnic Russians from such injustices. As the second strikes the Ultimatum deadline, Russian mechanised divisions would move across the three borders initiating a rapid operation to seize control of the Baltic States. Russians would enjoy live streams of their mighty army reasserting an overdue hegemony over the Baltics. Putin’s approval ratings would go through the roof with the country being swept by an invigorated euphoria of national pride. Russian tanks and vehicles would pour into the Baltics from both Russia proper and the Russian enclave of Kaliningrad which sits nestled between Lithuania and Poland. Completely detached from the rest of the country, Russia has been transferring weapons to Kaliningrad for months and even deployed nuclear missiles there last October. The obscure territory would allow Russia to conduct a two front invasion of the Baltic States and seize all three capitals in a shorter amount of time. This would allow Russia to complete the operation whilst the West was still dazed and confused. All the while, NATO forces stationed in the Baltics would stand by, stunned into inactivity by a development they never truly expected to occur. The governments of the West would be brought down to the post-Afghanistan and post-recession reality- neither they nor their people have the stomach for war. Besides, America’s potentially waning commitment to NATO and the engrained European delusion that extreme behaviour on their turf is a thing of the past would mean that the alliance would be caught completely wrong-footed. A rapid Russian operation would be complete before the Western powers even knew what was going on. As long as Russia strictly avoided confrontation with NATO personnel, the West would reluctantly accept its impotence and fool itself into believing Russia’s claims to be simply bringing volatile domestic situations under control and protecting 1 million ethnic Russian people from indiscriminate violence.

Stage Four — Establishment of new governments Once the Baltic capitals had been seized (which the Rand Corporation reckons would take about 36 hours) Russia would proceed to establish new political systems in all three countries. These new systems could take one of two forms. The first form would be an oligarchy of typical post-soviet calibre probably established on the basis of a thinly disguised electoral sham. Such governments would face intense domestic and international opposition and would require a significant Russian military presence just to survive. The second and most likely form of political system would be a federal one in which the Eastern parts of the Baltic States (those parts with large Russian populations) would enjoy a high degree of autonomy. The national governments would be elected democratically but the pro-Russian parties would sweep to victory in predominantly Russian areas. By exercising its tight control over the pro-Russian parties, federal systems would allow the Kremlin to exert further leverage over the non-Russian parts of the Baltic States . Democratic and highly federated states are hardly something the West could complain about but their institution would mean national suicide for all three Baltic countries. By controlling the Eastern states, Russia would wrap its tentacles around the national political apparatus and bring an end to Baltic alignment with the West. This would mark the successful completion of Russia’s operations.

This article provides a purely hypothetical account of how the current situation in the Baltic region could deteriorate. It highlights the possibility for things to get rapidly out of control. This article is not a prediction of the future but a speculative exercise regarding Russia’s ambitions, the vulnerability of the Baltic States and the commitment of the rest of the world to their security. In doing so, it raises some key questions. Where do Russia’s ambitions end? Does the West take the prospect of another war in Europe seriously? Do we really have the willpower to go to war? If not in an identical way to that offered in this article, these questions will still define future relationships between the Baltic States and Russia. 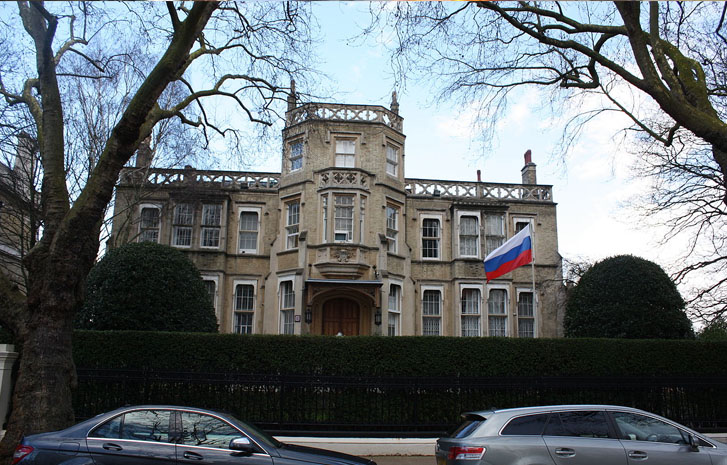 A Swing For a Pound, a Hit For a Penny 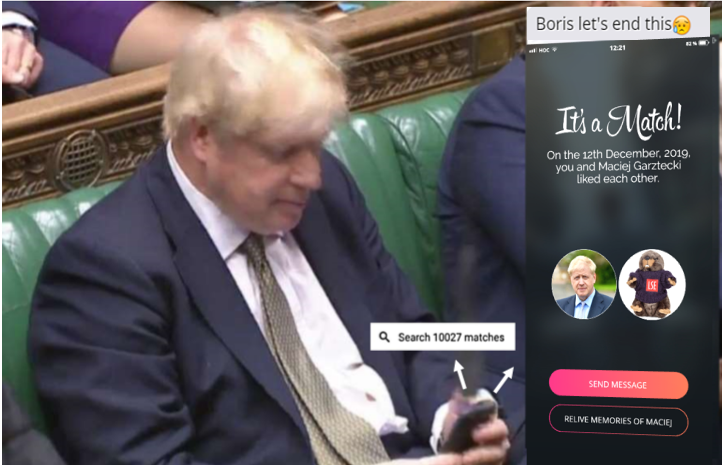 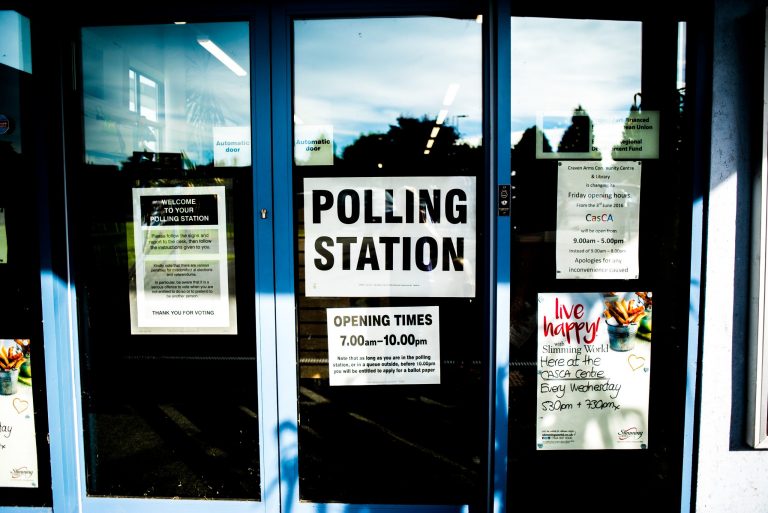