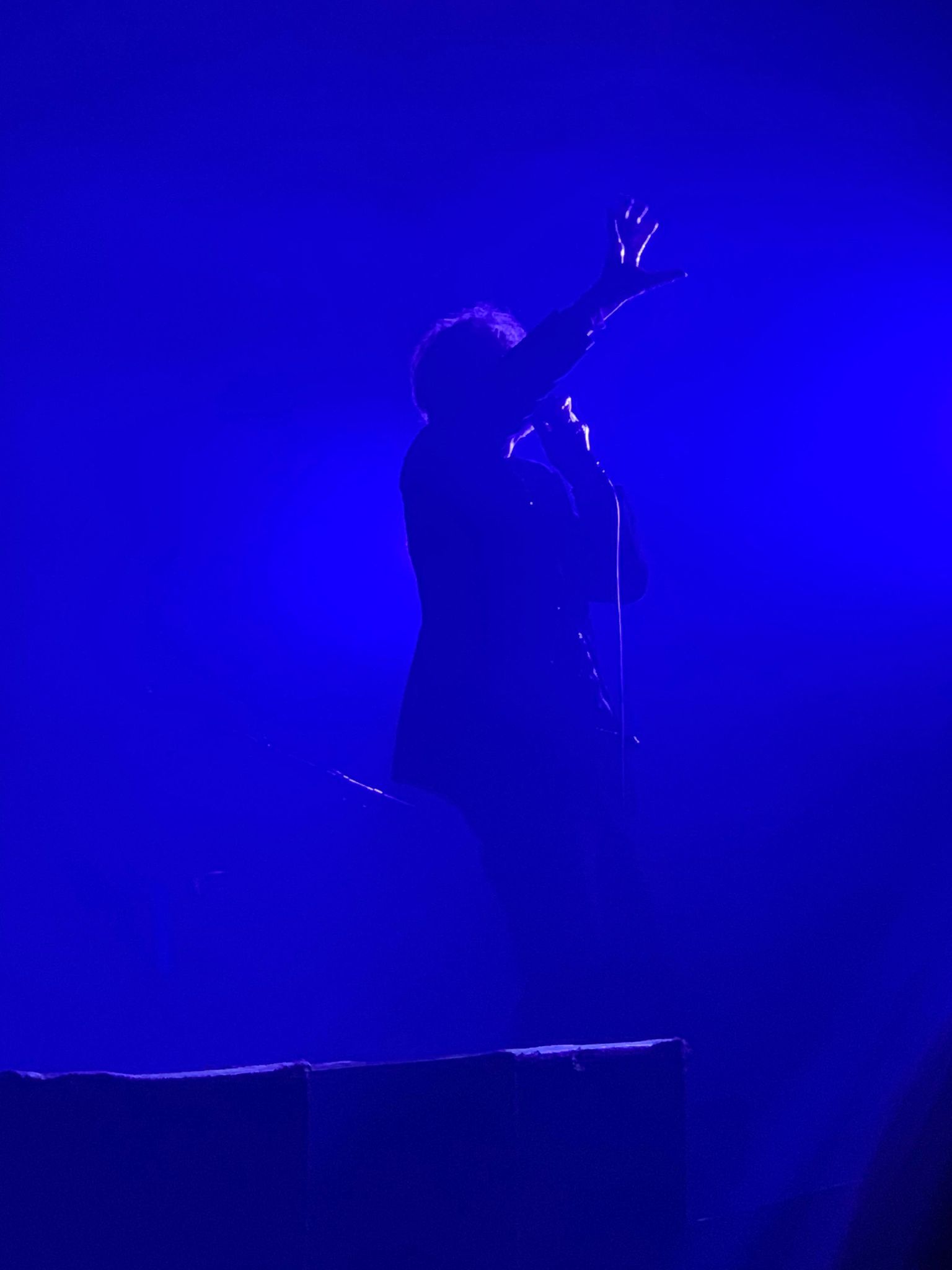 Almost a decade after announcing the end of the band that started his career, Pulp frontman Jarvis Cocker brought a collection of his newest work – and oldest moves – to the Roundhouse as a part of the repeatedly delayed tour with new band, Jarv Is.

Running around the stage looking like a slightly manic history teacher, or the eccentric old man from your progressive book club, Cocker charmed the crowd with a range of tunes from across his career – including two slightly obscure Pulp tunes, opening the show with “She’s a Lady”, patented moans and gasps included.

Whilst I may not have seen Jarvis in his heyday, I doubt there was much that I missed. Agile, chatty, and seedy as ever, Jarvis didn’t leave much for the imagination as he imitated an orgasm during “Swanky Modes”, a reflective song which includes a flashback verse about a cheeky hook-up he had as a student living just off of Camden Road, (“In the days of VHS and casual sex”) as the song goes.

And this wasn’t the only saucy content of the night – prefacing his protest anthem “(Cunts are Still) Running The World”, Jarvis commented on the lack of transparency of COP26. Later on, prior to a stunning performance of “Aline”, one of the songs on his Chansons De Ennui album produced for Wes Anderson’s The French Dispatch, the crowd cheered as Jarvis dedicated the song to the EU “because fuck Brexit”.

Jarvis’s newest musical philosophy involves working with the audience to curate the sound and feel of his songs, and so it was that he performed an unreleased song, asking the audience what name was best fitting. The song was eerie, and Jarvis simply stood in the middle of the stage strumming along whilst he sang.

In a song from earlier in his career, “Dishes”, which is about settling into the mundane and trying to be good, kind, and reliable to the one you love, we heard him sing “I am not Jesus, although I have the same initials”. However, this song written 23 years later seems to oppose that view; talking through the perspective of Jesus Christ, Jarvis sings about being tired of talking about the Crucifixion, most likely a metaphor for an incident from the 1996 VMAs, involving Michael Jackson and Jarvis’s rear end.

Utilising other references to Christianity, the song seems to contradict Jarvis himself a little in its insistence that a slow jam is what he actually wants. The song felt like Jarvis was asking to be left alone, and for the chance to escape his past, but I couldn’t help but wonder whether there was any truth in this. The way he claimed the stage, the obvious joy he takes from performing, and his repeated reentry onto the music scene leaves me unconvinced that he is quite ready to settle into a calmer life just yet. At least, I hope he isn’t, because that night was something that I need to experience again. And I urge you to, as well.

PrevPreviousMovember at LSE
NextMastering sports: students at the European Institute speak about their experienceNext
On Key