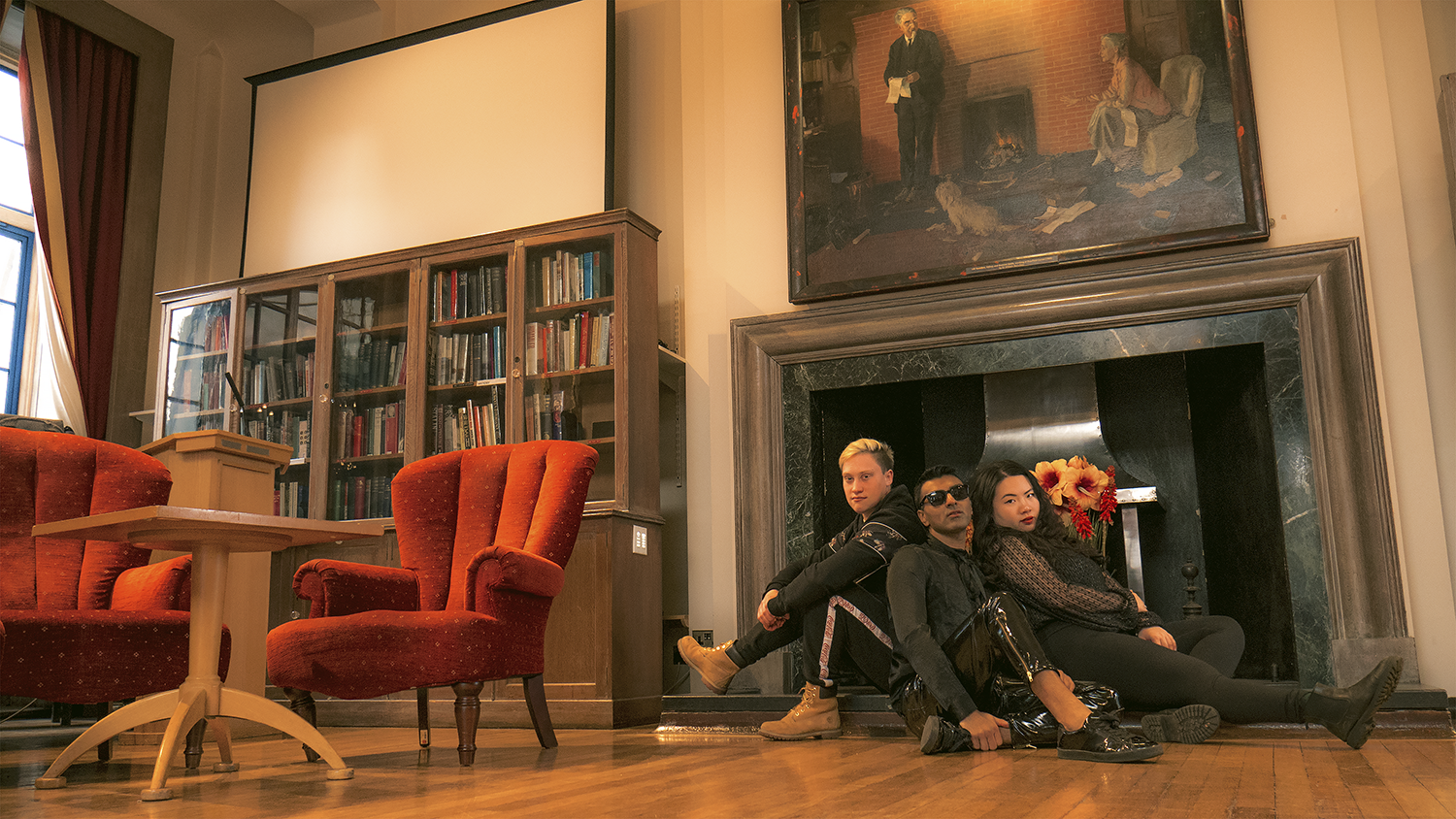 In the lead up to this interview, we joked that queer time theory is the most important mysterious paradigm dominating the lives of LGBTQ+ people, you know, apart from queerphobia. The planned time for this interview to take place was 11am, but at a quarter to the hour everyone let me know they’d be running late. Which was great because I was also running late. Things didn’t get off the ground until a few minutes past noon. Toby, third year BSc Social Anthropology, helpfully explains the idea behind queer time theory: “socially, the way that we construct our past and present and future is kind of related to these sexual normative markers of life… if you have a queer relationship to that, that kind of distorts those ideas.”

For trans people like Toby, this can mean feeling like you’re going through puberty in adulthood due to the processes involved in transitioning – he’s “often mistaken for being a lot younger” than he is. Apparently, “being on testosterone has kind of been described as like going through male puberty and menopause at the same time, which is an emotional ride. But it’s also amazing and it’s great.”

Toby is doing his dissertation on queer time theory and sex workers, exploring “more broadly, labour under capitalism generally and like how that impacts their relationship with mainstream society.” Amraj, a PhD Sociology student, is looking at race representation and HIV prevention in England, “specifically with looking at Brown men and how we’ve been overlooked group in data collection.” He “kind of accidentally fell into this specific niche but it feels really rewarding.” Jessica, like Toby, is also a BSc Social Anthropology student. She’s looking at the relationship between the Hong Kong protest mobilisation and linguistics. “There’s an online forum – it’s kind of like Hong Kong reddit. It’s got like specific culture before the protest was it quite misogynistic and like, semi right wing, but during the protest it actually fueled and helped a lot of people get together.”

Just returned from Hong Kong in the week before this interview, Jessica is also a part of the LSE Stands with Hong Kong campaign, which recently published an open letter on academic freedom. She’s “really glad to see a lot of international students supporting Hong Kong,” adding that she thinks it’s because “it’s not so much of a like left-right issue – it’s kind of universal.” In an entirely different mood and tone, Amraj’s hometown, Slough, is notorious for being the filming location of The Office UK – the main building used was recently demolished. “We were so ashamed of it,” he says.

Whatever turbulences may be happening at home, Jessica, Amraj, and Toby have made a place for themselves in London. Jessica lives with her mum and sister in the southwest. Amraj did his Master’s in medical anthropology and sociology at the University of Amsterdam just to prove that he could, in fact, leave London – “I could, and I was like ‘now I can come back.’” Toby runs a “support network for LGBT Christians or people that have left Christianity and have some kind of relationship with with the faith,” in addition to “doing some volunteering with some organisations that are campaigning for decriminalisation of sex work.”

Toby describes the time he has had rebuilding his relationship with his faith as a queer person: “I’ve been on a long journey with faith – I grew up very Christian and then in my late teens stumbled into the kind of quite conservative evangelical church and was very deeply rooted in that. That was a lot of my life for a long time. But I guess I found that that was very difficult to navigate as a queer person. I’ve kind of been on a journey of deconstructing some of the beliefs I felt were harmful in that time. And again, I have a kind of complicated relationship with church now that I’m kind of like, still somewhat involved, but still at arm’s length.” He doesn’t feel comfortable describing himself as a Christian, and instead identifies as agnostic. Amraj comes from an Indian Sikh background, but says his family is “not very religious. My granddad’s an atheist and my uncle and cousins, so that helps with not necessarily following what might seem to be expected in terms of political views and feminisms, which is cool.”

Both Toby and Amraj lamented the loss of HER Upstairs in Camden, highlighting the club’s commitment to diversity and the fact that it was a community-owned space. It was forced to close down as it could not cope with rising rents. In lieu of HER Upstairs, the gang recommends alternative places to party: SHE bar in Soho and G-A-Y Late. Jessica did her second-year anthropology coursework in SHE bar – it’s the only women’s bar in London. “From what I observe in SHE, people don’t really drink that much. They’re just there to dance and make friends,” Jessica says, which she thinks contributes to the lack of profitability of queer women’s nightlife. Amraj is a member of G-A-Y Late but he does “think there is a move towards night outs instead of more concrete venues.”

Jessica, president of LSESU Pride Alliance and Amraj, the treasurer, have been involved in the society since the start of their time at LSE, having both held executive positions in previous years. Toby was the LSESU LGBTQ+ Students’ Officer in the 18/19 academic year. They’re all very well placed to suggest what LSE could be doing more of to support its queer students. Jessica says there’s a counselling deficit, “I’m involved in different campaigns and groups and everyone’s been reflecting that.” She also thinks funds need to be made more accessible to LGBTQ+ causes. Amraj adds, “you have to fight for this funding, and it’s not a given.” Toby also highlights that “financial prosperity is such an issue with the with the trans community – if you don’t have solid support from family that can very be very quickly be cut off when you come out.” He also adds that accessing part-time work can be particularly arduous for trans people. Amraj thinks a lot more can be done to make spaces that aren’t explicitly for LGBTQ+ people more inclusive, especially with regards to sports and widening participation. He would also like to see more academic engagement with queer ideas and the university do more to promote queer academia on campus, as is already done for other marginalised groups.

Pride Week at LSE has come a long way from being Lesbian, Gay, and Bisexual Awareness Week in 1993 – Jessica, Amraj and Toby are living testaments to this.