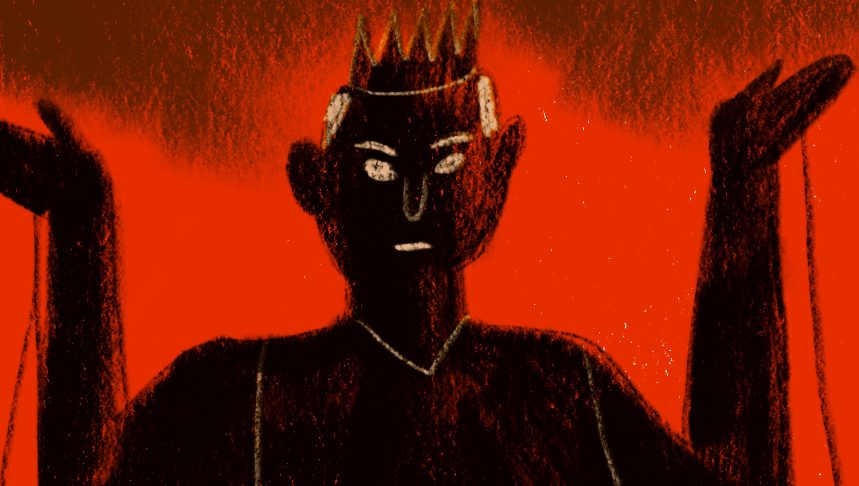 Was Machiavelli sincere when writing ‘The Prince’ and does this matter?

Firstly, ‘The Prince’ serves as Machiavelli’s Curriculum Vitae to Lorenzo de Medici, governor and ‘prince’ of Florence. Following his dismissal from the role of chancellor by the Medici family upon their ascension of power in 1512, Machiavelli sought to reintegrate himself within the administration through giving as effective advice as possible. Nick Spencer argues that “The Prince was Machiavelli’s attempt to worm his way back into favour following this disaster, and is marked…by a heartfelt plea for preferment.” Machiavelli’s “heartfelt plea” is evident from the first lines of his work, where Machiavelli places himself amongst “Those who strive to obtain the good graces of a prince”, describing his work as a “testimony of my devotion”. Spencer’s argument can be developed further; “preferement” suggests securing a political role in itself was what Machiavelli strived for. But every page of the Prince is testament to the fact that what Machiavelli desired most was concrete power at the highest level of the administration, in a role similar to the one he held before.

This desire for maximum power manifests itself in Machiavelli’s advice regarding the control of information. Here Spencer’s “heartfelt plea” is warped into a calculated showing of political knowledge, where Machiavelli’s emphasis on deceit for success highlights his intent to draw Lorenzo’s attention to his political nous. This is further achieved through Machiavelli’s use of aphorism. In form Machiavelli’s aphorisms echo the cannon of ‘Mirrors for Princes’ books. In content, such works like ‘On the Royal Office’ by Jonas of Orléans and St. Isidore’s Etymologies were characterised by the belief that political success is what the “king derives from acting righteously”. Machiavelli deliberately breaks from this message, arguing that a central trait for the prince to succeed is being able to resort to the less costly alternative of control: “Never attempt[ing] to win by force what can be won by deception.”. The successful prince should be able to spot insincerity to “guard [one]self against flattery”. In both passages, Machiavelli uses the imperative form, speaking to the prince directly. This adds weight to his status. This directness highlights the brutal realities of governance that only Machiavelli is aware of. Compared to other “flatter[ers]” singing the praises of the righteous ruler, Machiavelli is willing to give the prince true guidance; differentiating himself from other advisers, just like a job applicant seeks to set himself apart from other contenders.

One arguing for Machiavelli’s insincerity would point to Machiavelli’s advice differing from the usual cannon because he sought to lead the prince astray. Dietz adheres to this ‘Machiavelli the schemer’ portrayal by writing that Machiavelli was “offering carefully crafted advice…designed to undo the ruler if taken seriously and followed.” One may point to Machiavelli’s republican beliefs as highlighting his “design[s] to undo” the prince. These beliefs are evident in Machiavelli’s far broader work The Discourses on Livy. Machiavelli’s Discourses differ greatly through his argument on the advantages of Republics, in turn highlighting their effectiveness over principalities. Moreover, the Medici’s complete omittance of Machiavelli in any stately role, and his subsequent torture could be seen as reinforcing his scheming intentions. Machiavelli would seek to “craft” the Medici’s collapse; “carefully” rising to a role in a republican Florentine administration.

However, the argument that Machiavelli’s torture led to Medici-directed resentment is incorrect. The fault lay with incompetent anti-Medici conspirators. The stupidity of writing down a physical list of potential co-conspirators would be something who Machiavelli- knowledgeable of the importance to maintain utter secrecy– would be infuriated with. Moreover, the importance of successfully extracting information through interrogation also fell under Machiavelli’s political understanding. This was the case; those conspiring were destroyed and Machiavelli was absolved. Meanwhile, the ‘applicant’ story also undoes Machiavelli’s ‘republican schemer’ portrayal. Machiavelli’s advice does not suggest that he is advocating princely institutions; only that if a ruler is a prince, then Machiavelli is willing to give the best direction possible for political success. This willingness to give sound advice to a prince to elevate standing reinforces how for Machiavelli, personal advancement overshadowed political idealism.

However, in fully realizing Machiavelli’s intentions, one must turn away from Machiavelli’s self-serving towards the ‘patriot’ story. Determined to see Florence and the Italian states spared from war and foreign political machination, ‘The Prince’ also serves as Machiavelli’s rallying cry for Italian unification.  Belliotti argues this, stating that “Machiavelli’s highest value is patriotism…From his vantage point the most glorious climax would be a united Italy, led by Florence” Machiavelli’s final chapter; an “Exhortation to liberate Italy from the Barbarians”, reinforces this. Machiavelli’s attempt to win Lorenzo over is immediately evident in the emotive language he employs in “Exhortation”, “liberate” and “Barbarians”. This nationalist fervour is furthered by Machiavelli’s use of a flurry of rhetorical questions towards the end of the chapter: “What doors would be closed against [the ruler who protects Italy]? What people would refuse him obedience? What envy could oppose him?” The structural placement of this chapter at the very end of Machiavelli’s work further highlights the importance of patriotism and unity in Machiavelli’s eyes. Machiavelli’s break from preceding chapters; calling on the prince to turn his gaze from securing power to protecting Italy, reinforces this cry for unity.

However, Mattingly views this final chapter through the lens of the ‘Machiavelli the satirist’ story, stating that “this last chapter [is] charged with an irony turned inward, the bitter mockery of misdirected optimism”. This is a reductionist approach. Machiavelli’s final chapter is not just a rallying cry for a prince to pick up his people against foreign power; it is a persuasive plea to change the Italian fatalistic mindset. Only then will the prince and his people be equipped to fight. This mindset that Machiavelli seeks to change is evident in him describing Italy as  “almost lifeless, she awaits one who may heal her…and cure her…she prays God to send someone to redeem her”. Machiavelli’s assessment of Italy as needing “heal[ing]”, “cur[ing]” and “red[mption]”, leads to the “optimis[tic]” but direct conclusion that Lorenzo’s “illustrious house” is the key for Italian “redemption”. For Machiavelli Lorenzo’s illustriousness is not the principal reason for his role as liberator. It is due to “hope[less]” passivity of the ravaged Italy that means that he is the one by far best equipped to protect it.

This fatalism is something Machiavelli tries to break through, but his hopeless situation gives rise to the final sincere story: ‘Machiavelli the dreamer’. This is evident in the tone of desperation in ‘The Prince’s’ opening direct addressal. Machiavelli’s structural placing of his plea for “Your Highness” to “look down on those far below” and to see “how very ungenerously and unfairly life continues to treat me” reinforces this. This highlights the emotional pain Machiavelli felt after being left isolated from the world politic, after rising from a humble background to Florentine Stardom. This sentiment is better encapsulated by Machiavelli’s description of his writing process where “I strip off my muddy, sweaty, workday clothes, and put on the robes of court and palace…I enter the antique courts of the ancients and am welcomed by them”. The fact that this description came in a letter sent towards the end of Machiavelli’s life furthers one’s sympathy. Machiavelli’s isolation from power meant that could not realize any immediate opportunity to interact with the “world” politic. Instead his interaction takes the form of ‘The Prince’; a genuine evocation of his desire to once more be in a position where he could impart his political wisdom.

In conclusion it is evident that the three stories of Machiavelli the applicant, patriot and dreamer are testament to his sincerity in writing. The Prince is an intensely personal work and captures the genuine feelings Machiavelli had towards alleviating the negative situation facing himself, the Prince and Italy as a whole.  This idea of success permeates through Machiavelli’s mentality. The capacity for self improvement is something that runs through his ideas whether he is arguing for deceit, Italian unification, or pondering in his court “robes”; both dreaming about previous statesmanly success and wishing for a time where he could once more partake in Florentine triumphs.

Beliotti, Raymond: ‘Machiavelli’s Secret: The Soul of the Statesman’

Deitz, M. “Machiavelli and the Politics of Deception,” APSR-1986.