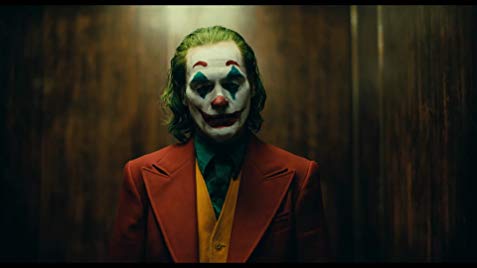 The origin story of Batman’s arch-enemy defies the usual conventions of a comic book adaptation. Laughing out loud would be the last reaction you would have when watching Todd Phillips’ masterwork.

Phillips’ Joker doesn’t joke. Instead, Joker follows the story of mentally unstable loser-clown turned loser-stand-up-comedian Arthur Fleck. Arthur looks after his fragile mother who worked for the infamous Wayne family many years ago. He sees a therapist until scrapped state funds force the end of their meetings, which leads to him ceasing to take his seven types of medication.

While complete chaos hasn’t ensued for Arthur just yet, Gotham City is a troubled place anyway. The city’s bleak atmosphere serves as a perfect example of pathetic fallacy. The rat-filled streets, the overflowing garbage on the grubby sidewalks, and the filthy subways compliment the depiction of Arthur’s life.

Phillips, also the brains behind the comedy trilogy Hangover, colours Joker with darkness and the result makes for this compelling origin story of a superhero-villain. However, the film also delves into a world that has more in common with Martin Scorsese’s Taxi Driver than with Christopher Nolan’s Batman. Nevertheless, Phillips does subtly weave in his forte of humour, though rather unexpectedly and not necessarily with any clear punchlines. Arthur’s clown acts are whimsical and you will likely crack a smile here and there at his efforts to brighten the day of the city goers who pass him by.

From the plot to the music, Phillips’ work contrasts greatly to the many superhero and anti-hero films produced in the last decade. The budget for Joker was much lower in comparison to DC Films’ Man of Steel, Suicide Squad and Wonder Woman, though a lower budget proved to be a blessing in disguise. Joker avoided regurgitating the all too familiar action-packed scenes and overboard use of CGI (you really do get sick of it).

Interpretations of Batman’s most feared enemy have come a long way, from Jack Nicholson and Mark Hamill to the most superb Heath Ledger (Jared Leto who?). Adding Joaquin Phoenix to the mix did not disappoint and his bold performance of the troubled lead character was embodied without fault. Phillips reportedly had Phoenix in mind when writing Joker back in 2016, a short while after Phoenix’s award winning performance in Her where he also portrayed a character who had grown accustomed to isolation.

Phoenix’s astounding weight loss in Joker, a whopping 52lbs over the span of 3 months, is truly incredible. The unbearable sight of his flesh and bone appears more haunting than that of the already frail physique of Arthur’s ill mother, Penny Fleck. Arthur emanates an aura of endless self-pity and abhorrence to life which is staggeringly evident in a close-up shot in the opening scene, where a single tear rolls down his cheek, ruining his clown makeup. The infamous ‘Joker laugh’ Phoenix creates can only be applauded. His “ha ha has” go from husky and low to terrifyingly high pitched.

As the plot progresses, so does Arthur’s descent into doom. Unable to find solace in a place where nobody listens to him – his own therapist even fails to do so- Arthur’s actions turn dark and heinous. He becomes sick and tired of the mistreatment he has endured his whole life and begins to seek vengeance.

The music beautifully accompanies the film’s gloom. At a highpoint in the film, a few chords of jubilation are stuck as Gotham’s worst criminal is brought to life. Frank Sinatra’s classic ‘That’s Life’ becomes both Arthur/Joker’s song, and is unexpectedly played with an austere elucidation. When his comedy act finally does well amongst an audience, Arthur unexpectedly scores a guest spot on the Murray Franklin Show.

This dark art house picture of a DC villain has never been seen before. Joker raises the debate of nature vs nurture: is Arthur a victim or a hero? The film’s ambiguity fails to provide a satisfying answer. Nevertheless, there is one thing that is certain: Phoenix deserves to win ‘Best Actor’ at the Academy Awards and if he fails, I will spark a riot the same way Arthur did in the film (minus the gun, this isn’t America).

The origin story of Batman’s arch-enemy defies the usual conventions of a comic book adaptation. Laughing out loud would be the last reaction you would have when watching Todd Phillips’ masterwork.