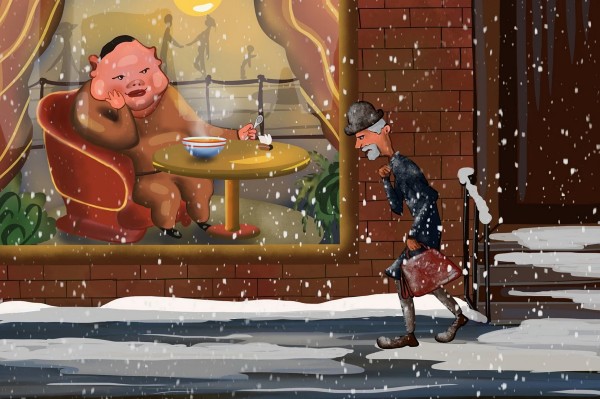 24% of American adults believe in the conspiracy theory QAnon, which conjures up a world in which virtually all of America’s political elites are either dead or part of an underground satanic sex trafficking cabal that Donald Trump is dismantling from the inside. 24 percent. We are witnessing a dangerous and unprecedented disembodiment from reality, and it must be unpacked. As bad as the populist movements and spread of misinformation in Europe may seem, Western Europe has not elected a demagogue to be head of state, yet. America appears to be ahead of its European counterparts when it comes to these issues, and the problem has persisted since their election of Trump into the White House in 2016. The principle of meritocracy is a disregarded, but critical, motive for this backlash against the governing elites.

The US is among the firmest believers in meritocracy. 62% of Americans believe that external forces do not determine their success, whereas 55% of people in Britain do. The figure is even lower in Germany at 27%. The American Dream has been institutionalised as the primary building block of American culture and identity. It is based on the meritocratic conviction that people succeed based on their merit. In this strand of thought, the people on top of the social ladder deserve to be there. This has served America well in many respects: The incentive to prosper has birthed innovations and companies which have changed the lives of billions of people. But there is a downside to this meritocratic principle: by saying that some people deserve to be at the top, they are implicitly saying that others deserve to be at the bottom.

The “deservedly” bottom tier of society comprises 142 million low-income Americans, including 20 million battling substance abuse. The top 5% of Americans control 73% of the wealth, while the bottom 80% control only 7%. There is an iron curtain separating the fortunates and unfortunates. The meritocratic narrative rewrites the bottom tier of society from unfortunates to losers. This mentality encourages “winners” to revel in their success, and treat their less affluent counterparts, often their workers, with contempt. The elites’ disdain for these “losers” became clear when Hillary Clinton called Trump supporters a “basket of deplorables” during her 2016 election campaign. The nationwide pervasive faith in the meritocratic narrative implies that “losers” earned their deep misery, emulating anxiety, stress, and anger among society’s lower layers.

In contemporary America, the notion itself is not only harmful but profoundly flawed. For successful Americans, luck and fortune are often repackaged as hard work, intelligence, and innovation. Jared Kushner, son-in-law to President Trump, claims he is merited to be Trump’s most influential special advisor. When hearing such a remark from a special advisor without any applicable qualifications, apart from being married to the daughter of the president, we might laugh from the other side of the pond. However, this is deeply troubling for Americans. It’s not only the QAnon believers who have lost touch with reality, but also the elites rejecting the notion that nepotism might have played a role in securing their social position. Moreover, legacy programs at elite universities, the increased debt burden among working class Americans, and exclusionary class culture inhibits social mobility and facilitates the divide. Conclusively, the iron curtain separating winners and losers is upheld by unjust institutions and shielded by a widespread delusional belief in meritocracy.

So it is unsurprising that many Americans are searching for other truths when they are in effect being told they deserve to be struggling losers, while in reality, they could never become winners in the first place. It is an exploding time bomb that was ticking for decades. The narrative of meritocracy and its unjust outcomes forge the perfect breeding ground for anger and resentment. The outrage is inevitably propelled at the elite. The shape of the populist backlash paved the way for QAnon members to enter Congress, along with a demagogue who repurposed the White House as a platform for paranoia and conspiracy theories.

As LSE students, we are becoming masters of the social sciences. Many of us will enter the governing elite. It is our job to fend off such developments elsewhere. I want to challenge LSE students to do three things. Firstly, be humble to everyone and appreciate the luck and fortune that helped pave your path. Avoid getting entangled with hubris. Secondly, strive to make the tools and knowledge you have attained through LSE available to everyone else. Engage beyond LSE and eliminate preconceived status symbols — they facilitate the divide. Lastly, appreciate the work others do and don’t get caught up in your own success; every worker is an essential worker and should be treated accordingly. We are in this together, and it’s time to start acting like it.

Image above was sourced from: Cafe Dinner Lunch – Free image on Pixabay