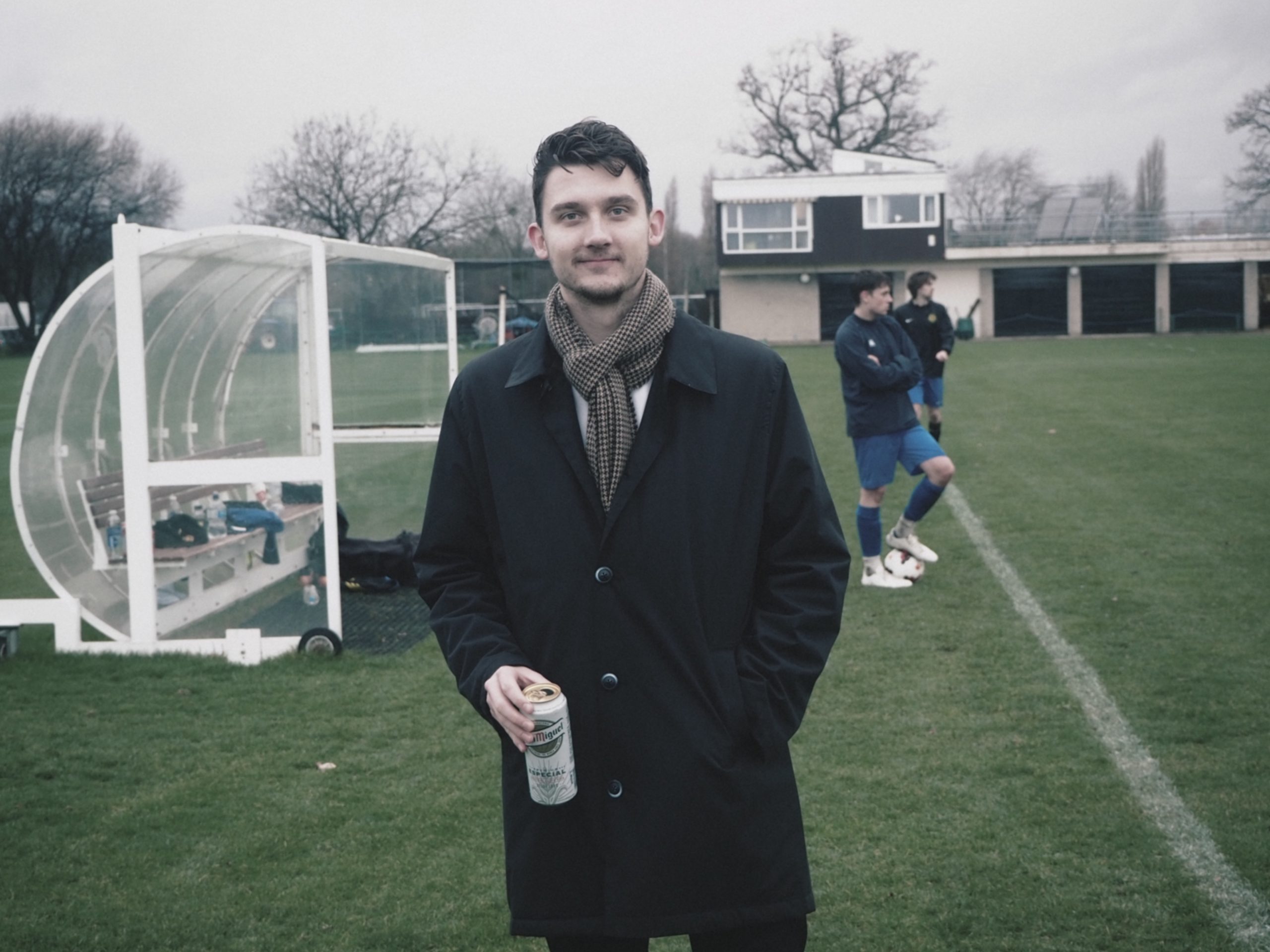 There was a biting cold in Islington when I woke up. It was a cold that would eventually become rain and be the cause of many slips, injuries and mishits. For this was the day of El Clásico; the rumble in the south London jungle; the Ashes 2005 on steroids. LSE Men’s Football 3s versus LSE Men’s Football 6s. It was a fixture last year that provoked a range of emotions, in turn giving us three red cards, a missed penalty, one hat trick, some questionable refereeing, and eight goals. Put simply, for one day, this was the hottest ticket in town. Unfortunately, the rest of London must have been asleep as the carefully counted attendance saw just two of us reach the sacred Berrylands soil.

Mind games started early, with injured threesman Joey Wills deliberately arriving late to Angel tube station so as to frustrate myself and 6s captain Sean Honeyman. It was a dirty tactic, compounded by his smug grin at the sight of us. By the time we eventually reached Waterloo, the atmosphere had built to a point of immense excitement. After signing autographs at the station and answering several questions regarding my injury, I managed to speak to some of the 3s members. Captain Owain Davies in particular believed that this year would be different. The 6s and I fought our way through the sea of fangirls and made our way onto the train to begin some typically perspicacious conversation. The 3s, it must be said, looked confident, with Alfie Hick’s famous smile being the pick of a very handsome bunch.

Stepping off the train and inhaling the Berrylands air flooded my mind with memories of the 4-4 draw in a wave of synesthesia. It was all coming back to me. Gliding past Joey and slotting the ball home, that celebration, Louis’ (really quite unfair) red card, the penalty miss, the advice from Owain after the game. The tears. The boys were well and truly back in town.

Looking like a cross between Sir Alex Ferguson circa. 1986 and two blokes who had been let of the office early, Joe and I ventured to Premier off licence to get some tinnies. Upon returning at 13:55, five minutes before kick-off, we set up on our respective benches, cracked open the Red Stripe and settled for what was to be a fine game of football.

The 3s kicked off and began showcasing their technical ability, stringing together some crisp passes with Ian Menzel (who you may remember from the LSE 7s) at the heart of many of the early moves. That being said, the 6s refused to be overwhelmed and managed to resist the attacking quality of their opponents with some astute defending. Owain’s presence in the 3s midfield was felt immediately with a towering header to which the great Andy Carroll wouldn’t feel bad for losing out. The ever-present Heinrich Lanzdorf of the 3s back line plays very similarly to his character off the pitch. No, not miserably – with a nonchalance that only Dimitar Berbatov could match and with the calm of Virgil Van Dijk having eaten a hash brownie. It was an excellent first half performance from the German and one which kept the LSE’s most prolific goalscorer, Oliver Fotouhi, uncharacteristically quiet.

Few clear cut chances came in what was a tense and frictional first 45 minutes. Sean Honeyman’s legs seemed to cover the width of the pitch, as the 6s defensive midfielder made interception after interception and repeatedly cut off the dangerous link between the 3s midfield and their potent attack. Will Evans-Wright and Joe Connally, the 6s iconic centre-back partnership, showed no signs of post-Christmas fatigue, matching the 3s defence with their no-nonsense approach and sticking tight to the dangerous Daniel Di Lieto. If a goal was to come for the 6s, it would have been hit from the boot of centre-midfielder Mohit Mohinani, who regularly found space on the edge of the box and carved out a couple chances that troubled Jack Forman’s goal.

Half-time saw a fired-up team talk from the LSE FC’s former most eligible bachelor Sean Honeyman. The 6s, including a now slightly pissed me, roared back at him. I didn’t manage to hear any of the 3s team talk but I gather it went something like this:

Alfie: Yeah, I wouldn’t know what to do if he was.

Louis: I wish he played for us.

(all simultaneously): Me too.

Jack Raymond: Can’t wait for my first zoo back tonight! Up the FC!

Again, I can’t validate this.

The second-half begun and around ten minutes in, the game saw its first goal. The corner was swung in by (I honestly can’t remember, very sorry) and the ball somehow found its way onto the boot of the 3s captain, who, as always, was in the right place at the right time. The 6s fought back, but the goal had given the 3s a well-earned confidence and they began to play some wonderful football. Their full-backs, Matt Lynch and Jack Raymond survived every bit of poor chat I was giving them on the sidelines and let their feet do the talking by combining effortlessly with both the midfield and the wingers.

The second goal for the 3s came from the Americano, Lynch, who clipped the ball in from just inside the 6s half. The conditions, the commotion of the box and the dangerous area into which the ball was put combined to render 6s keeper Louis Danet defenceless as the ball bounced awkwardly into the back of the net. Full credit should go to Lynch, who worked tirelessly and perhaps therefore had earnt a bit of luck. The 6s refused to let their heads drop and stepped up a gear despite being further pushed back. Oli Fotouhi came agonisingly close to making it 2-1 when he dinked the ball over Jack Forman in goal as it brushed past the post on its way wide. This served as a wake-up call for the 3s defence, who had their first glimpse of what life is like on the other end of a Fotouhi inspired 6s attack.

The game continued in much the same vein, with neither side able to fully dominate the other. The 3s enjoyed their fair share of possession, but, and I’m sure they won’t disagree, were nonetheless aware that at any moment the 6s attack could pounce. As a result, their defence stood as strong as ever, with fresher Jamie Osrin proving himself worthy of playing alongside Lanzdorf at centre back. In the final minute of the game, the 6s conceded a free-kick on the edge of the box, which was then dispatched by the right boot of Alfie Hick, who, as far as I could tell, opted for power over placement. The final score stood at 3-0 – a disappointing result for the 6s and a very mature performance from the 3s.

Alfie Hick – 9
Worked tirelessly for the team, scored his first goal for them and contributed greatly to the industrious attack.

Jamie Osrin – 9 (my man of the match)
Didn’t put a foot wrong the entire game and stuck tight to the most dangerous striker in the FC. Not once looked out of place.

Matt Lynch – 9
Got the ball out of his feet superbly and showed excellent link-up play with those around him. Bagged a goal and didn’t do much wrong at all.

Ian Menzel – 8.5
Demonstrated an unwavering ability to turn and find a man consistently – everything you could ask for in a centre-mid.

Heinrich Lanzdorf – 8.5
What can be said that hasn’t already about this LSE veteran? Rating would be higher if this type of performance wasn’t done on the daily.

Naveed Yacine Kabir – 8
Never allowed the 3s strong midfield to get the better of him more than once. Worked as hard as ever and played some useful short passes through the midfield.

Mohit Mohinani – 8.5
Attacked when needed and almost always played the right ball. Touch was great throughout. A real find.

Joe Connally – 8.5 The same as his counterpart, Will, but done with a broken rib cage. CC worthy.

Will Evans-Wright – 8.5
Probably the most involved player in terms of the number of times he was called upon. Always delivered and played some dangerous balls to the attack.

Peter Bradbrooke – 8
Perfect positioning and some very well-timed challenges against the 3s wingers. Worked well with the attack when it was appropriate.