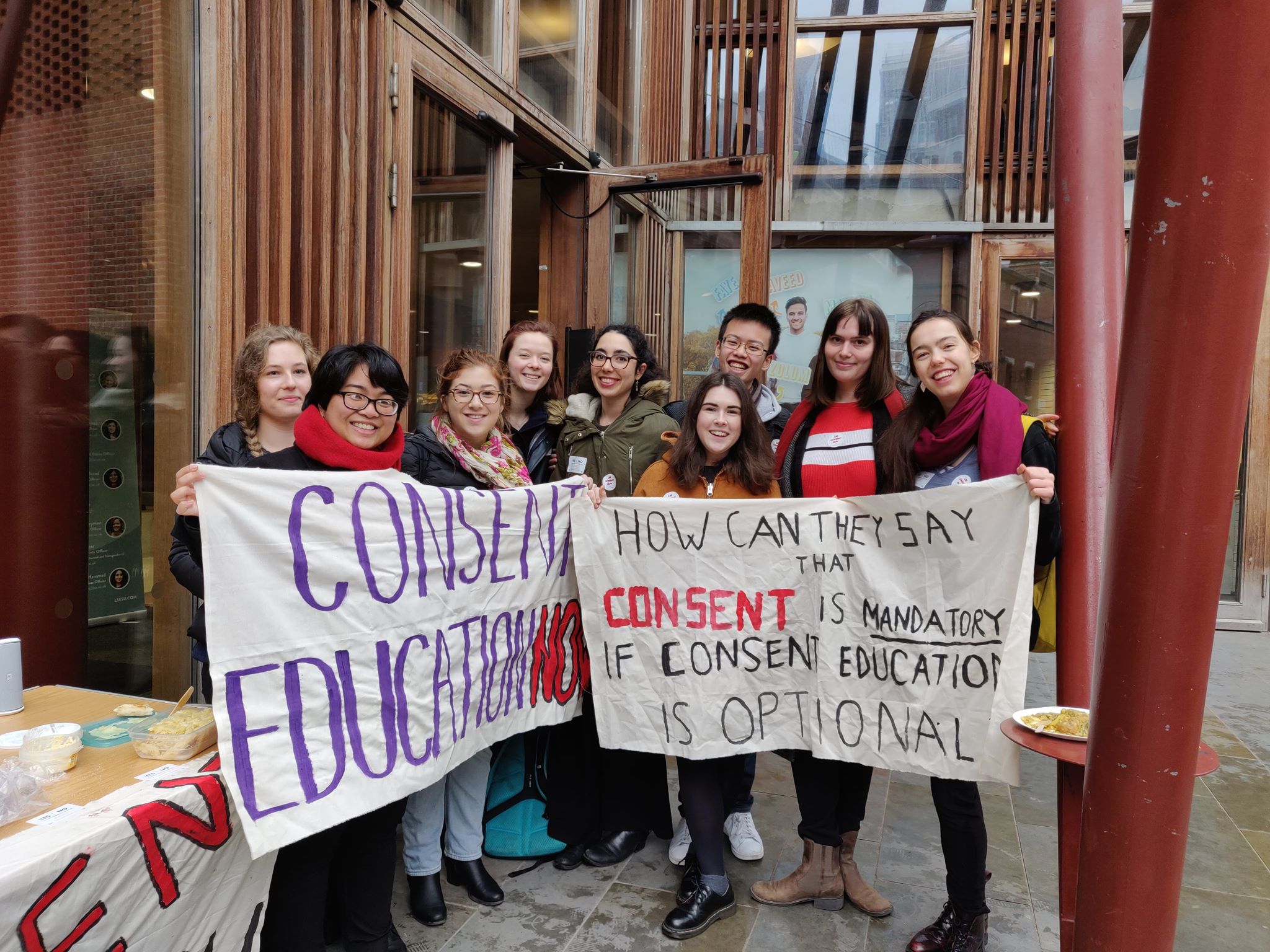 In a positive turn of events, LSE have agreed to include consent talks as an “integral” part of Welcome Week from the 2019/20 academic year onwards. The format and content of these talks has not been finalised however they will be arranged for Freshers’ Week next year.

This agreement was reached after a student campaign ‘Consent Now’, headed by Women’s Officer Katie Tesseyman, protested the lack of face-to-face consent workshops provided to LSE students. According to Consent Now’s Facebook page: “Despite the ‘Me Too’ movement LSE [wouldn’t]  provide mandatory face-to-face consent training for most students, with management deeming it ‘unproductive.’”

Katie Tesseyman exclusively told The Beaver that the workshops will be “mandatory”. However, the LSE are not implementing a punishment for not attending – unlike, for instance, the revocation of room booking rights when students fail to attend booked careers events.

If there are no apparent consequences for not attending, it appears that the workshops are mandatory in name only.

After LSE agreed to implement the workshops, she responded: “I am feeling happy and weirdly relieved that this is finally happening and that people get consent education, especially during freshers”.

She mentions that the movement was started by the Women’s Officer the year before her where  LSE had received seed funding to instigate the consent programme. While seed funding was still being received, consent training had not been implemented.

Andrew Young, LSE Chief Operating Officer, stated: “We are greatly looking forward to working closely with the Students’ Union to bring in new consent talks. This is a vital issue for all the School community, and we are committed to fostering a culture where sexual harassment and violence are not tolerated.”

‘Consent Now’ held demos and workshops to gather ideas from the student body and protested the lack of consent workshops. At present, the only mandatory consent work LSE students did this year was a Moodle quiz in order to buy ‘Carol’ tickets – and that was only for members of the Athletics Union.

On the other hand, particularly motivated students, such as in the Debate Society, find ways of incentivising consent training, such as routinely asking candidates for committee positions if they have attended training.

The message given by the organisation of the demonstrations and meetings was: “We need to show LSE that we aren’t going anywhere until they provide us with adequate training and create a safer campus for everyone!”.

The next steps to this will be the collaboration between the SU and LSE to establish the content and logistics of the talks. This should be done before the end of Lent term.

For those wishing to participate in consent workshops this year, Equity, Diversity and Inclusion run small group workshops which are open to all students and societies.
If you need to seek support due to sexual violence or harassment, the link below details the sources of support available at the LSE: https://info.lse.ac.uk/staff/divisions/equity-diversity-and-inclusion/EDI-and-you/Making-a-choice/Sources-of-support?fbclid=IwAR2KtIItKgajcwVu4M1gGCkxOA8W34AfF-bG4T9cwe3pMILdRAeh4Z8a7qo