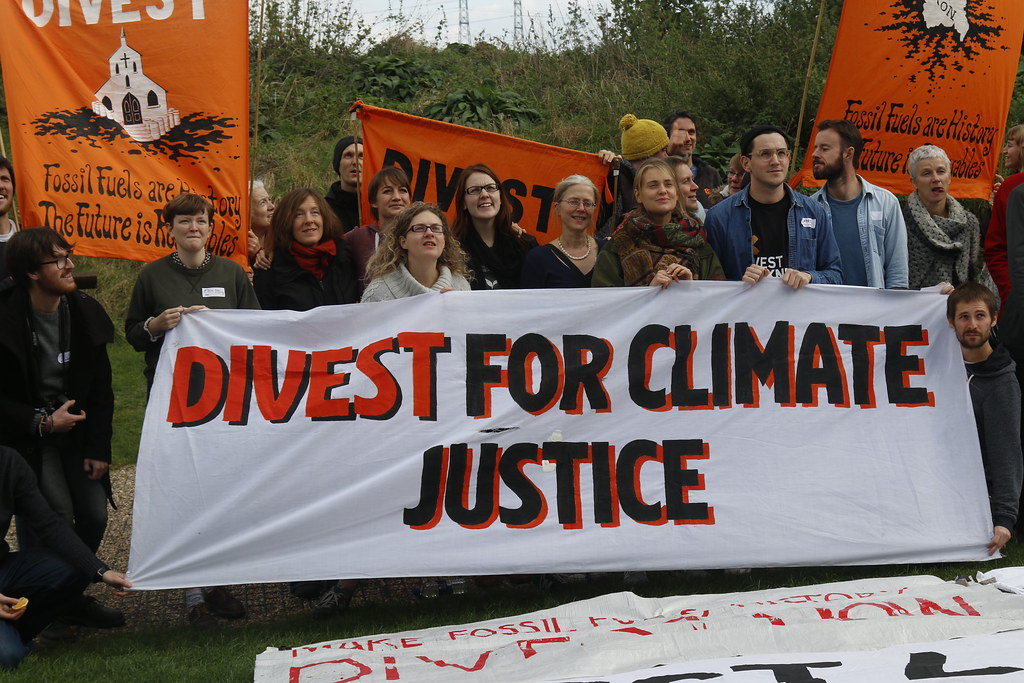 LSE is still invested in fossil fuels, but the share is smaller than at competing London universities

The share of the LSE’s endowment invested in fossil fuels is far smaller than that of rival London universities. LSE beats Imperial College and University College London (UCL) according to a Freedom of Information Act request reviewed by The Beaver.

LSE’s divestments appear consistent with a pledge made in November 2015 to stop investing in companies that operate significantly with thermal coal and tar sands, which are the most polluting fossil fuels. LSE’s commitment, what is known as ‘partial divestment’ by divestment campaigners, goes beyond the more general commitments made by UCL, Imperial, KCL. A growing number of UK universities are making similar promises.

LSE’s endowment, recently valued at £154 million, is tiny compared to the titanic funds that have recently been divested from fossil fuels, such as Norway’s $1 trillion sovereign wealth fund. Similarly, the Republic of Ireland recently became the first country to fully divest from fossil fuels. Nevertheless, even LSE’s partial divestment is evidence of how a movement that started only a few years ago at college campuses in the US has already had wide-ranging effects.

Fossil fuels make up a small share of LSE’s endowment

Less than 0.4% of LSE’s endowment is invested in the stocks or bonds of fossil fuels companies, according to a list of LSE’s endowment holdings obtained through a FOIA request. Out of a total market value of £154.4 million as of 28 February this year, the portfolio included £580,255 tied up in the fossil fuels companies Glencore, BHP Biliton, and Total.

That was a far smaller share than what Imperial College holds. Imperial disclosed to The Beaver that its holdings in fossil fuels companies totalled £4,741,312 at the end of April this year, or around 3% of its overall endowment assuming a total value of around £157.1 million. Imperial has more than £1.5 million in apiece invested in the oilfield services company Schlumberger and in Norway’s state oil company Equinor (formerly Statoil), as well as smaller investments in other companies.

LSE also compares favourably to UCL. UCL’s overall endowment of £173.5 million included an investment of close to £2.4 million in oil group Royal Dutch Shell, bringing its share of fossil fuel investment as of March to more than 1.3%, though that share could shrink: according to a recent report in the Financial Times which states that Sarasin, the asset manager in charge of UCL’s stake in Shell, had sold 20% of stake and is reviewing the remainder. UCL is also heavily invested in the Anglo-Australian mining giant Rio Tinto, but Rio recently sold its remaining coal assets to Glencore and now claims it is fossil fuel free.

King’s College London (KCL) also disclosed its holdings to The Beaver. But unlike LSE, Imperial, or UCL its investments are concentrated in just a handful of pooled funds, such as the BlackRock Developed World ex-tobacco Index Fund, precluding direct investments. Its total holdings came to £208.4 million as of 31 December 2018.

The Beaver did not examine the multi-billion pound endowment holdings of the UK’s two largest university endowments, those of Cambridge and Oxford universities. But campaigners say that, though the figures may lag slightly, the fossil fuel holdings of each recently amounted to more than6% of their overall totals.

“There’s no excuse for LSE to retain investments in the fossil fuel industry right now,” said Chris Saltmarch, a co-director of climate change campaigns at the organisation. “It’s time they stop funding climate breakdown and give up their holdings in Glencore, Total and BHP. Anything less is a disgrace.”

Four years ago, LSE said it would stop investing in the most polluting of fossil fuels companies — namely, those “significantly engaged in the extraction of thermal coal and tar sands.” Experts call this kind of pledge a “partial divestment.”

That still appears to be more than other universities have formally pledged. UCL says it has a “particular concern in relation to fossil fuels,” while any ethical investment policy at Imperial, if it has one, could not be easily located.

Nevertheless, LSE remains invested in the mining giants Glencore and BHP Billiton, both of which have widespread thermal coal mining operations. Last year, Glencore made around $9 billion in thermal coal, which is used to make electricity in power plants. As part of its industrial activities it sold 94.4 million tonnes of thermal coal, the equivalent of around one-fifth of all the coal delivered to European power stations in 2017. BHP made around $2 billion from thermal coal operations.

The 2015 policy “is achieved by setting filters to ensure that companies which derive substantial revenues from thermal coal and tar sands — namely over 10% — are excluded. BHP Billiton and Glencore fall well below that revenue filter,” LSE said. “We will, however, review and lower these filters over time.”

The 10% revenue filter is widely used. That was the number that the Church of England  chose in 2015 when it divested its £9 billion fund from thermal coal and tar sands, as did the National Trust the same year. But it also allows funds to continue investing in companies with large thermal coal or tar sands operations, as long as revenues from other operations are sufficiently large.

Since its first appearance on US university campuses earlier this decade, the fossil fuel divestment movement has gained enormous influence. Institutions with a collective value of some $9.2 trillion have fully or partially divested or committed to divesting, according to the campaign group Fossil Free, of which around 15% are educational institutions. That surpasses the impact of earlier campaigns, such as the South African apartheid divestment movement in the 1980s or the gambling divestment movement which began in the 1970s.

Critics question how much social campaigns such as divestment can really accomplish. In 1996, a heavily cited study of the apartheid divestment movement found that, contrary to the expectation that share prices of boycotted companies would decrease, divestment campaigns had few discernible effects on their public market valuations. “[T]he boycott primarily reallocated shares and operations from ‘socially responsible’ to more indifferent investors and countries,” the researchers wrote.

These days, the fight against fossil fuel companies is increasingly waged from within by the shareholders of targeted companies, working in parallel to divestment campaigns. Bowing to pressure from investors, Shell said in December that it would tie executive pay to new carbon emissions targets. And some activist investors go further. Legal group ClientEarth has used its power as a shareholder in the Polish energy giant Enea to try to derail the construction of a new coal power station, arguing that it is financially unsound in light of EU carbon market costs and cheaper alternatives like wind or solar power.

In any case, there are few signs that students at LSE and other UK universities, who have campaigned for years in favour of fossil fuel divestment, would be satisfied if their institutions stopped short of at least partially divesting. With LSE’s share in these companies now no more than a sliver, students have reason to be satisfied.