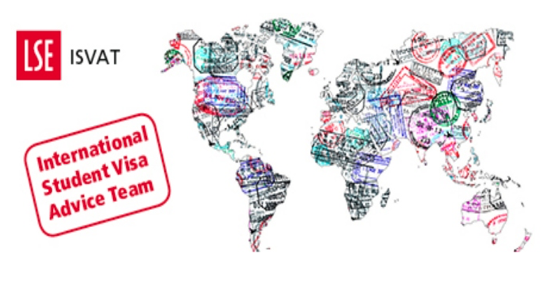 The event, which served to inform EU/EEA students of how to apply for the new settlement scheme and residency in the UK, was scheduled for Wednesday 12 January, but only had two students register for it. The permits EU/EEA nationals, who make up 18% of LSE’s student population (the largest in the Russell Group), and their families to be able to continue living in the UK as long as they apply by 30 June 2021.

Applicants will then be awarded either settled or pre-settled status, depending on if they have already lived here for the past five years. ISVAT Manager & Erasmus Coordinator Bethan Ovens told The Beaver, “It may be that at the moment, a student thinks they don’t need to apply because their programme ends before the intended exit date of the 31 December 2020 and they may have no plans to remain in the UK”.

Yet, Ovens posited that this is not an issue of staying as much as it is an issue about securing one’s rights in the UK if plans change. “The advantage of applying for the scheme is that your rights as an EU/EEA nationals are protected,” she said. “This means they could apply for the EU Settlement Scheme and even if they leave the UK for a period of time, depending on what form of settlement they receive, they will still retain that status and be able to return without needing to apply for a visa in the future if their status is still valid. It’s a free application and would potentially give more options to return should their future plans change.”

According to Ovens, the situation appears not so dire for current EU/EEA nationals in the UK who have certainty as to their status here at least until the middle of next year. “We’re clear on what the options are for those students who are living in the UK prior to the 31 December 2020, and we can give them clarity and reassurance on this,” said Ovens.

Yet, the scheme has generated uncertainty about the continuation of the Erasmus program with UK schools after the 2020-2021 academic year. “The next Erasmus period is from 2021-27, and all countries will need to bid to take part,” said Ovens. “Erasmus + is a European Commission initiative, so the UK’s continued participation will depend on negotiations. The government has announced that they are committed to maintaining the UK’s membership in Erasmus, but the role we will play is still unclear. “LSE’s involvement in Erasmus is small, with only 18 students participating in the exchange this year. However, Ovens claimed that in line with LSE’s 2030 Strategy, the school aims to broaden exchange programs.

Bianca Fabris, a postgraduate student from Milan and one of three EU/EEA students, approached about this issue, claimed that she had already applied for the scheme in December and that her only concern is her chance of citizenship in the long-run.

“Possibly, my main concern is that I am ‘settled’ only until January 2025,” she said. “Immigration laws may differ, and it might get more and more difficult to request citizenship.”

Ceci Portabales, a dual EU/Argentinian citizen, expressed concern about the possibility of finding a job with a sponsored work visa post-graduation to support her mother here.

“My original plans were to find a job and bring my mother here as my dependent,” she said. “She has a chronic condition, but now I know the chances to do that are tiny.”

Three EU/EEA students who spoke to The Beaver said that they did not know that ISVAT offered these services and had scheduled an informational event after Brexit. Ovens admitted that LSE’s ISVAT gets much less engagement from students compared to other UK universities.

Ovens encouraged EU/EEA students to contact ISVAT during their drop-ins from 11 to 12 AM on Tuesdays and to engage in their surveys for the department to better understand their needs.