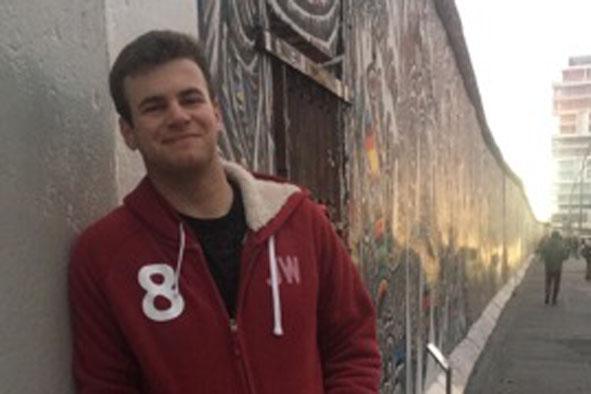 LSE Student Travels to Edinburgh via Poland, Berlin and Glasgow

An LSE student, William Stein, has flown from London to Edinburgh via Poland, Berlin and Glasgow, for the same price as a return ticket with Virgin Trains East Coast.

The second year Geography with Economics student wanted to visit Edinburgh but was put off by the £80 price tag—despite using a Young Person’s Railcard and booking five weeks in advance. Happily, he found that he could instead fly from Stansted to Edinburgh for £21.95 via Poland. Ryanair then cancelled the flight and gave him a £40 compensation voucher, which he used to fly from Berlin to Glasgow.

Total travel costs, including accommodation and busses from Poland to Berlin and from Glasgow to Edinburgh, came to £97.76. His £45.40 train home from Edinburgh to London was the most expensive part of his four-country, two flights, two busses Reading Week adventure.

After William Stein published his intended journey on Facebook, it got picked up by the Evening Standard, the Independent, and the Mirror. Mr Stein has also been interviewed by Today FM, Ireland’s national radio station.

A spokesperson for Virgin Trains East Coast told the Evening Standard: “Our average fares between London and Edinburgh are more than £30 cheaper than comparable airlines. If customers wish to travel via Poland on their way to Scotland, they might be able to find a cheap deal, but they’d miss out on a chance to relax while looking at the beautiful views afforded by the route, before arriving directly into Edinburgh’s wonderful city centre.”

Speaking to the Beaver from the second-last leg of his journey in Glasgow, Mr Stein, who is Social Secretary of the Geography and Environment society, responded “The prices Virgin Trains quote are if you go at 5 am in the morning and come back at 11 pm at night on a weekday—most students can’t pick and choose and afford this! The train might provide a nice view, but is it worth £80?”

William Stein also said “It’s been pretty smooth sailing so far. I’ve never been to Poland, Scotland or Germany, so it has been good to kill three birds with one stone! My advice to LSE students would be, if you see something crazy just go for it, but also—avoid Virgin!”