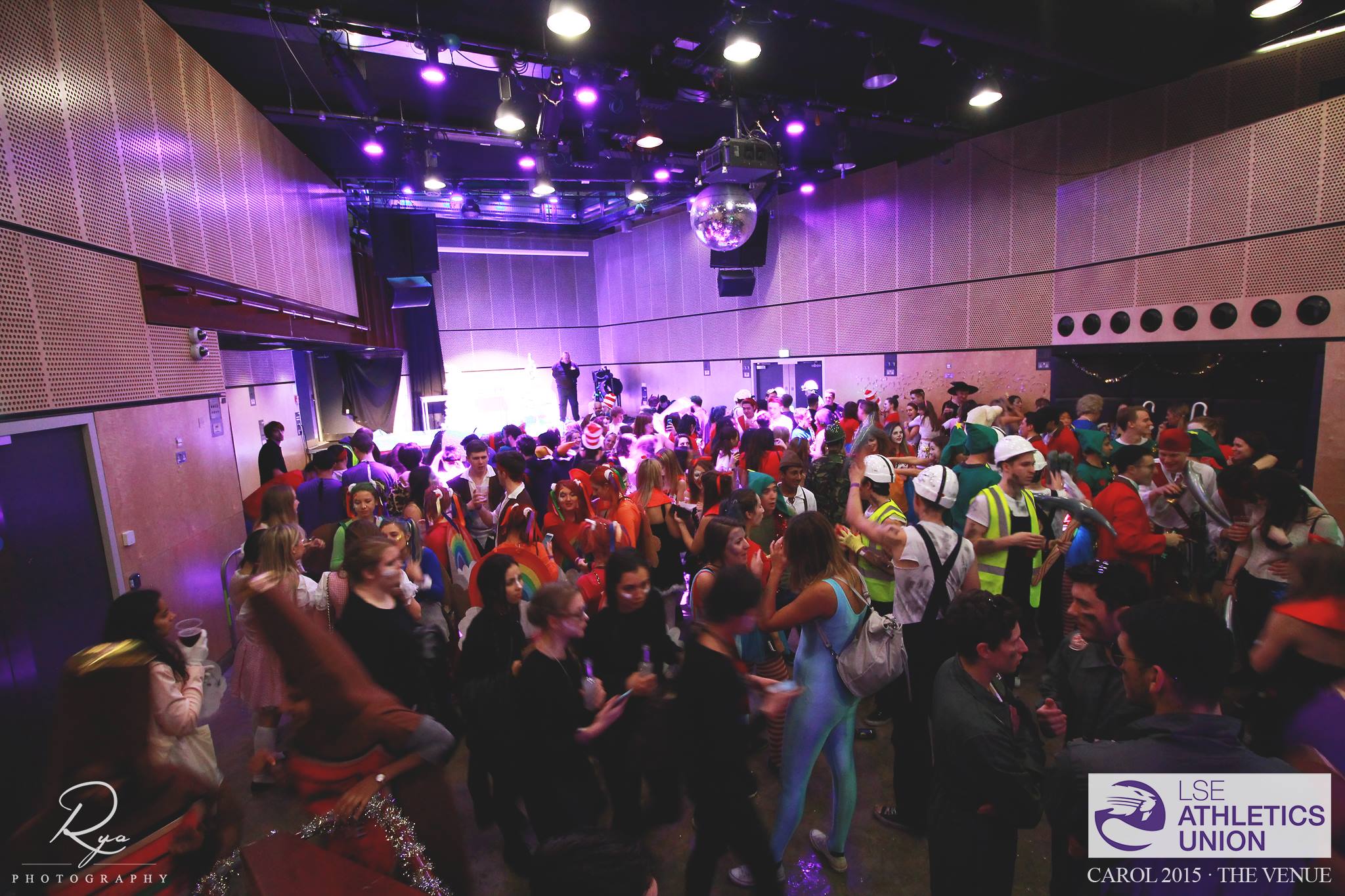 The LSE Athletics Union (AU) announced last week that AU Carol – the union’s flagship pre-Christmas social usually held on the second-last Friday of term – has been moved to Friday 24th November this year, this decision has angered and inconvenienced many club members.

“Carol will be coming sooner than we thought!!” reads the announcement on the AU’s official Facebook page, which cites “unforeseen circumstances with the [Students’ Union]” as the reason for scheduling the event for the end of November. “Might as well call it Thanksgiving,” quips one user under the AU’s Facebook post.

Megan Beddoe, Activities and Development Officer, says that an “organisational oversight regarding the booking of The Venue” had forced a change in schedule. Reportedly, a careers fair managed to book The Venue before it was booked for Carol, which has raised serious questions about which specific entity is responsible for organising such a booking. Despite multiple requests for comment, the AU executive body had yet to offer The Beaver an official quote on the controversial development at the time of writing this piece.

Megan says that the team is working to ensure these sorts of issues are avoided in the future, adding that the sabbatical officers will be working hard with the SU staff team to ensure that this years’ Carol is a success.

Many representatives of AU clubs have been vocal about the logistical problems forced upon their teams by this decision. Hamish Mundell, vice-captain of Athletics, says: “As Athletics does not have many competitions in the winter season, moving Carol to the day before the London championships is really going to impact our ability to put out a full team. The rescheduling has been a real nightmare for us.”

Such sentiments are echoed by Nahid Ansari, who has spent nearly six months helping to prepare choreography for a nation-wide dance competition, which is set to take place the day after Carol. She says her team is “in a position of having to choose between being able to bond with the rest of our team and our other friends as opposed to being in a fit state to compete.” Lynne Sakr, another Dance participant, noted with concern the fact that the team would have to miss their crucial rehearsal the day before the competition if they were to attend Carol.

Many students feel that in coinciding with a busy end-of-year competition schedule for much of the LSE sporting community, this year’s Carol stands to jeopardise the very sporting achievements it was created to celebrate.

Aside from the inconvenience caused to some AU club members on campus, these recent developments have also raised questions about structural deficiencies that underpin the organisation of events like Carol.

Speaking to The Beaver, Joe Donaghey, an alum who helped organise Carol last year as AU Exec: “Carol is a complete nightmare to organise as everything has to be cleared by Tuns management, the SU, LSE and the Council. Carol only worked when all of those groups got on. This year, with all the changes in the SU and Tuns, it’s not surprising that this has had to change.”

Despite logistical worries about the timing of the event, Megan Beddoe is convinced that Carol will be a festive and successful day, with all other elements of the social extravaganza running as normal – including the bar opening at 10 am and a “fantastic array of fancy dress on display.”

However, with regards to the transparency of key AU developments, like the scheduling of Carol, Hamish argues that AU clubs need to be given notice of the situation from earlier on. “In the future, we would like to see more consultation before such decisions.” He concludes: “Cancelling events, not releasing timetables, ticket fiascos; we hope for a smoother experience after Christmas.”