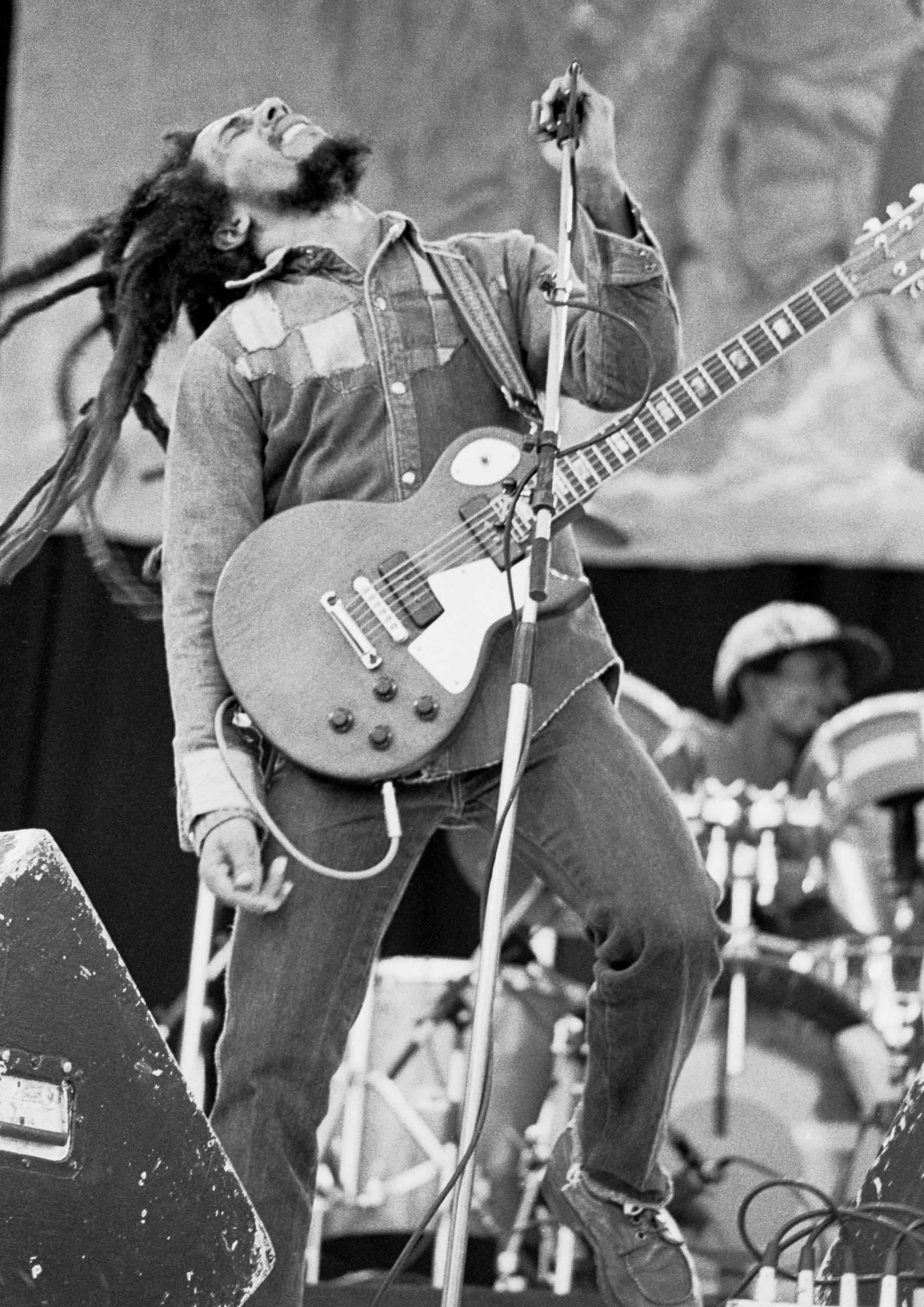 Making Bob Marley: The Strife That Shaped a Legend

Bob Marley died nearly forty years ago, yet his cultural impact still resonates. He’s the most widely recognised Jamaican, dominating living legends like Usain Bolt and Grace Jones. His song ‘One Love’ was declared the song of the 20th century by the BBC. Mentioning his name conjures images of dreadlocks, marijuana and the colours of the Ethiopian flag; Marley’s brand is well entrenched amongst the demographic of questionable-smelling white young adults. However, very few people know the real circumstances that shaped his music and helped to define his career.

Bob Marley was born on 6 February 1946 in Nine Mile, St. Ann, a rural village in the densely forested interior mountains of Jamaica. He was of mixed-race parentage; his father was a Syrian-Jew who settled in Sussex, England while his mother was Afro-Jamaican. In Nine Mile, he met Neville Livingston, who would go on to become a lifelong friend. Following his father’s death, Marley’s mother Cedella remarried to Thadeus Livingston, his best friend’s dad. As a family unit, they moved to Trenchtown, an inner-city neighbourhood in Jamaica’s capital, Kingston, common with rural migrants.

It was in Trenchtown that Bob had his first taste of success. With his best friend Neville, now going by the stage name ‘Bunny Wailer’, and other soon-to-be legends Peter Tosh, Beverley Kelso and Junior Braithwaite, ‘Bob Marley and the Wailers’ was born. At first, the group was little more than a vocal harmony act; they played apprentices to the more successful Trenchtown reggae duo Higgs and Wilson. But as Marley learnt how to play the guitar, the group’s trajectory to stardom became more certain.

Marley’s rise to stardom was anything but easy. He lived in a time of rampant discrimination against people of the Rastafari faith to which he belonged. The syncretic Afro-Christian faith threatened the status-quo of what was at the time a very racially unequal Jamaica. Most Rastas were landless and lived communally in squatter settlements. Their faith was rooted in the liberation of the African diaspora from the oppression of Western society. The state regarded them as a rabid cult and enforced collective punishment on the faith’s practitioners for the actions of a few. Jamaica’s first Prime Minister, Sir Alexander Bustamante, once infamously said that all Rastas were wanted ‘dead or alive’. This prompted mass violence against the Rastas. Many removed Rastafari iconography from their homes and cut their locs. Decades passed before the state moved to recognise and apologise for this atrocity.

Rastafari’s gradual acceptance into mainstream culture is largely due to Bob Marley’s global success. Marley’s manager had marketed his music to white American college students and hippies, who found solace in reggae’s sentiments of anti-capitalism, anti-consumerism and peaceful resistance. This was a deeply successful appeal — Marley drew in more people to Madison Square than a Papal visit — but he yearned for a majority black audience. Smaller groups had had much more success in drawing in African American crowds and Marley considered his failure to capture their spirits a deep embarrassment.

Marley’s fame and success led to his acceptance into the upper echelons of Jamaican society, which was largely white at the time. Far from the narrow streets of Trenchtown, Marley settled in the affluent Liguanea neighbourhood. It was in this same neighbourhood where he survived his first and only assassination attempt.

The seventies were a tumultuous time for Jamaica. The election of democratic socialist Michael Manley saw the nation undergo social transformation. Popular policies such as free education, including stipends for university study, and universal were adopted. Great strides were made in social housing and private industries were nationalised. The ordinary Black Jamaican suddenly had much better life prospects, but not everyone was happy with this change. In a tale as old as time, the CIA became involved in arming right-wing opposition gangs. They also propped up neoliberal politician Edward Seaga as an alternative to Manley. Political violence grew, and in a stunt that was more performative than anything, Manley and Seaga were set to make a joint appearance at a concert for peace, headlined by Bob Marley and the Wailers. Two days before the concert, seven men, rumoured to be armed by the CIA, raided Marley’s Liguanea residence and shot him and his wife Rita. Both survived and the show went on. Afterwards, the couple quickly relocated to London, England for two years. Marley returned to the island for another peace concert, but the event did little to quell the political violence, with both of the concert’s organisers being killed within the following two years.

In the time between the two concerts, Marley received the news that would go on to define the last years of his life: he had cancer. He was found to have a malignant tumour underneath one of his toenails. For religious reasons that he would later come to regret, he opted not to have his toe amputated, instead choosing to remove the nail bed and having a skin graft performed. He continued touring in spite of his illness, travelling throughout Europe and North America. In 1980, he performed his largest concert in Milan to a crowd of 100,000. Two days before his last concert, Manley collapsed while jogging in Central Park. In the hospital visit that followed, he was informed by doctors that the cancer had spread to his brain. Marley received alternative cancer treatment in Germany, but when he sensed his final moments, he boarded a flight home to Kingston. During the flight, his health rapidly worsened; he landed in Miami, Florida to receive emergency medical treatment. It was in this transient moment where he uttered his last words to his son Ziggy ‘Money can’t buy life’.

Bob Marley’s messages of resistance to oppression had broad appeal in a decade of massive social upheaval. His popularity on the world stage singlehandedly reversed the perception of a heavily persecuted people group. At the time of Marley’s death, Edward Seaga had replaced Michael Manley as Prime Minister. Manley was given a state funeral where Seaga eulogised him as being not just a man but ‘part of a collective consciousness of the nation’. Despite his increasingly commercialised image, his music is a bastion of Black liberation, peaceful struggle and anti-consumerism which still resonates powerfully today.