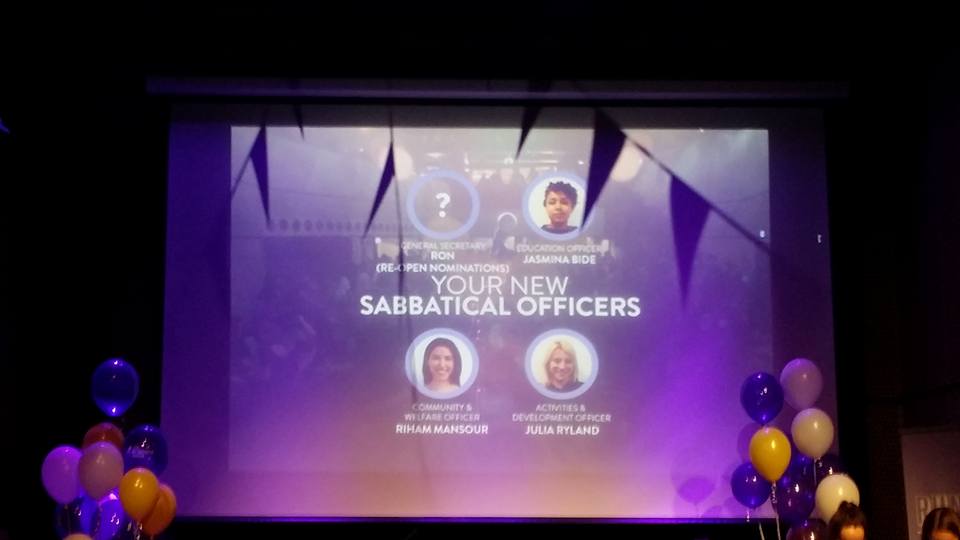 We’ve just seen the conclusion of one of the most important nights in the LSE SU’s calendar – Election Results night – which took place at the SSH Venue. But more importantly, we’ve probably witnessed one of the most unpredictable and overwhelming nights with RON (Re-Open Nominations) claiming the coveted and highly prized Gen Sec spot! With a staggering 1000 plus votes, RON cleanly beat out both Maxwell and Rayhan Uddin, to the sheer delight and utter shock of the majority of students present.

Chants of “RON! RON! RON! RON!” filled the air with students jumping up and down and screaming with joy – except those in Maxwell’s and Uddin’s corners of course, who were seen looking at each other in wide-eyed disbelief. Both candidates now face the daunting prospect of considering whether or not to run again, and if so how they will need to change their campaign tactics in order to beat a faceless foe in the form of RON. Immediately after the results were announced, Maxwell stated that he was undecided on whether or not he would re-run, and Rayhan Uddin was lost from sight amongst the mass of flailing limbs. Both candidates have already been contacted with interview requests regarding the results, with Maxwell agreeing to be interviewed and Rayhan not having responded as yet.

LSE SU stated on their Facebook page that, “We are re-opening nominations for General Secretary. We will hold another election, the date of which will be announced tomorrow.” With the end of term fast approaching, the LSE SU cannot afford another RON victory, and if RON prevails a second time, we may for the first time ever be left without a Gen Sec winner to whom Nona Buckley-Irvine can pass the baton to.

Without a doubt, one of the most intense, shocking and thoroughly unexpected nights in the history of LSE SU politics!

PrevPreviousBarclays vs RAG ; Is the LSE SU placing corporate interests above student interests?
NextMacmillan’s House of Lords vs House of Commons Tug of War 2016Next
On Key