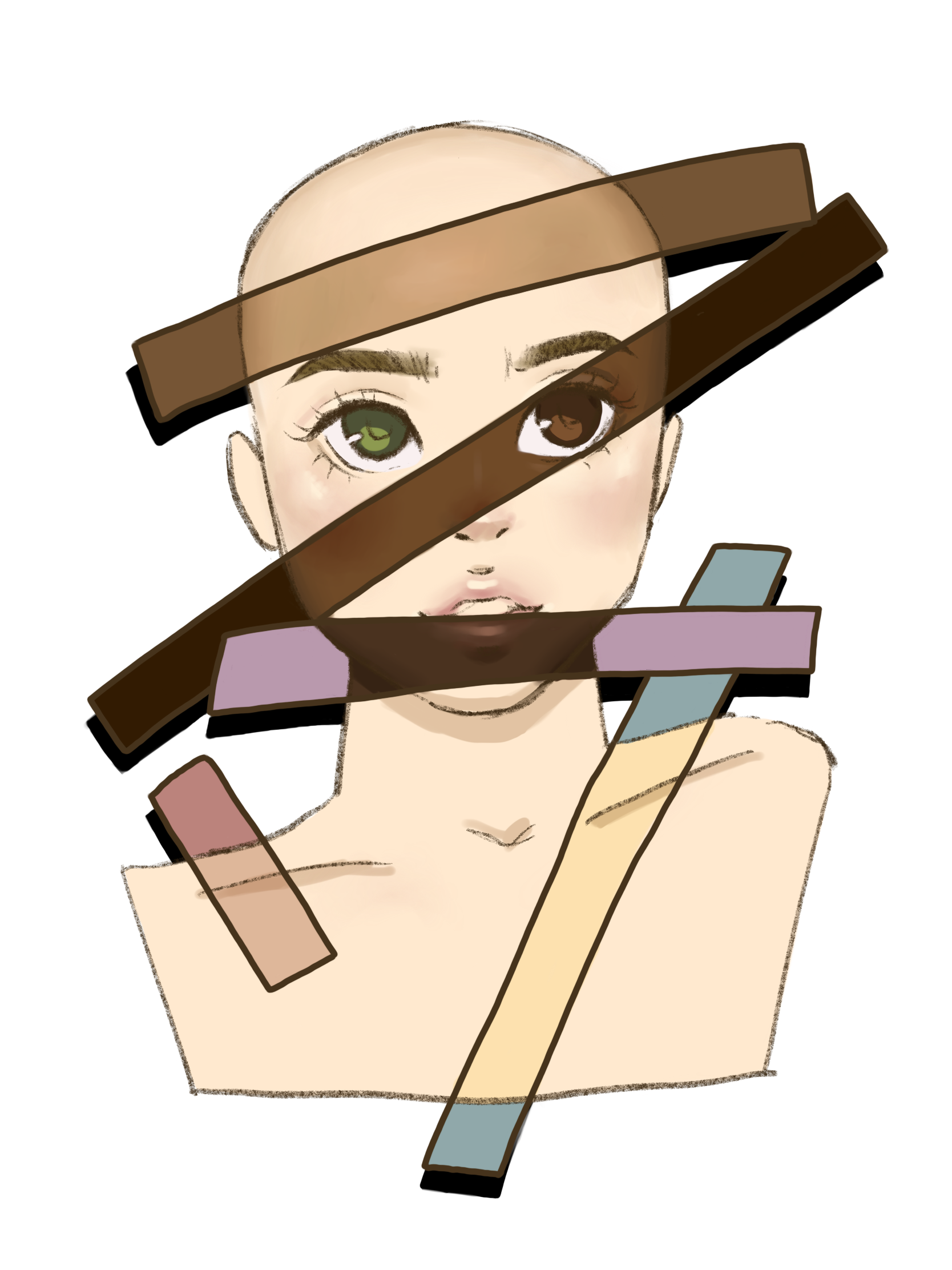 Mixed-race erasure is a real problem, and it needs to stop

My first memory of being mixed race was fairly late in life. As a person who could pass as white, without knowledge of my non-white family members, there was never a reason to suspect I was any different from my British peers. It was only once I was able to do my own family tree research that all the pieces came together, and my background became known to me. I am ethnically Turkish and Roma, although there is a huge area of ambiguity due to the diverse nature of Turkey and my family’s Arab and North African ancestry. With that knowledge, little things such as my different facial features began to make more sense. Bigger things, too – the way I was always stopped at security or the teasing about my Middle Eastern surname. Despite my lack of information on my own identity, the Western world had decided for me that I was not a part of it before I could even figure out my place here.

I grew up as the odd one out in a Eurocentric, 98% white town in Merseyside. I had to quickly learn to embrace my culture and be proud of the genomes that set me apart as a defence mechanism. And for a while, it was great – I moved through the world comfortably as a mixed woman. Soon enough, though, the real challenge of my existence became apparent: a challenge that most, if not all, mixed-race people know all too well.

“You are not a person of colour.” The statement that threw off everything I know about myself and my lived experience; as if oppression in modern society was an exclusive club that I was not part of. I didn’t know how to react when I was first told that in sixth form. I spent a long time arguing and trying to educate, but to no avail. With the very presence of that one statement, I had the troubling realisation that the same equality movement designed to uplift marginalised voices hads become the same movement that excludes anyone who doesn’t fit the role of the perfect minority. The ‘model minority’, who looks and acts exactly as white British people want.

I’ve lost count of the number of times I have been told those very words or something similar. Online, it’s something I receive every time I am vocal about my background, my own culture. Recently I even got this from a long-time friend, who very politely informed me that I wasn’t of mixed origin at all. And I’m not the only one – since I’ve moved to London, I’ve had conversations with countless people who are half African, half Asian, half Indigenous and beyond who have dealt with the same invalidating experience. This makes us feel lost, inadequate. Because who do you turn to when the white people treat you differently, and the people of colour won’t accept you?

Having your identity constantly up for debate is distressing. It’s a special kind of xenophobia that singles you out as something other, something wrong. Mixed-race people still experience oppression, fetishisation, disadvantage, job discrimination and more, and all while being expected to “just get on with it”. Labels such as ‘white-passing’, ‘part white’, being asked what your ‘percentages’ of ancestry are, they all contribute to the monoracial discourse that we live in today.

It’s a ridiculous concept when you consider the number of people who are mixed in the United Kingdom. Approximately 1.2% of the population identify as such and are the fastest growing group in the UK, according to the 2001 National Census. According to the Guardian, 47% of mixed-race people are under 18 years of age, showing a growing trend of people identifying as mixed in the UK. Yet we still default to debating whether or not someone is a person of colour or white, based on a long-outdated list of external features such as skin tone and hair type. It’s counter-intuitive and the antithesis of progression – and it shows no signs of stopping. Our attitudes need to change as quickly as our demographics, and that begins with self-education.

I also feel it important to note here that I am in no way arguing that colourism has no impact on the treatment of people of colour. People who ‘pass’ (for lack of a better term) as white do experience a certain privilege as they can, to varying degrees, assimilate and conform to those around them. But being ‘white-passing’, while bringing some privileges, is not a magic wand that solves everything you are and were born as. It also comes with society denying part of your heritage and culture.

Society’s continual ostracisation of those who don’t fit into predetermined boxes has real consequences for the people it shuns. To survive in a world dominated by the conversations of single racial groups one must almost always adapt to the descriptors you have been given, rather than those you would ascribe to yourself – ‘passing’, ‘whitewashed’, ‘racebaiting’. We are tired of constantly defending our reality and being vulnerable, at the whim of those who do not want nor care to listen to our interests.

Mixed-race people have opinions, wisdom and understanding that is invaluable to the equality movement and wider society. In light of Black History Month – and for the sake of sociocultural advancement in general – the world needs to start listening, rather than telling people of all creeds and colours who they are.