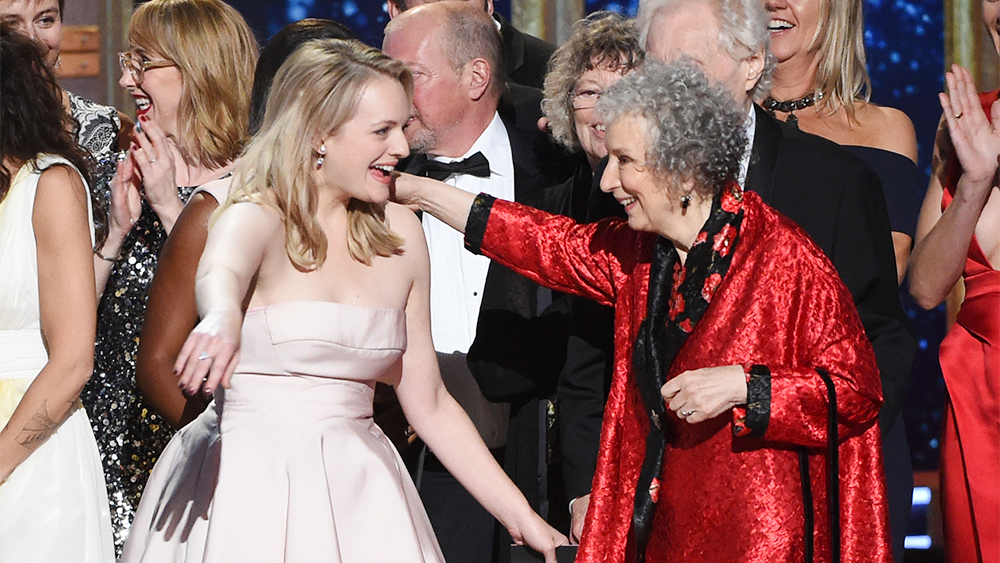 The Emmys are a wide-ranging set of awards where far too much is deemed ‘outstanding’ across the 122 unique categories. But the ridiculous number of categories permits Viola Davis a Guest Actress nomination for one episode’s work in Scandal and so I have to be fine with it. Here’s one way to look at it all.

For the first time in 18 years HBO wasn’t the network to receive the most overall nominations. Netflix beat HBO to the top with 112 nominations compared to HBO’s 108. But this is only because Veep isn’t eligible this year; once Julia Louis-Dreyfus is back it’s all over for you at Netflix. This achievement is impressive for Netflix considering it didn’t have nominations-favourite House of Cards to bolster its tally this year.

History was made as Sandra Oh became the first actress of Asian descent to receive a nomination in the Outstanding Lead Actress category. A new record was set for the number of actors and actresses from racially diverse backgrounds nominated with 36 nominations this year, up from 27 last year. Donald Glover and Sterling K. Brown lead the charge with multiple nominations, and a win for John Legend’s portrayal of Jesus in Jesus Christ Superstar Live in Concert would complete his EGOT. GLAAD called the nominations a “milestone moment” as they recognised a number of shows with LGBTQ storylines and multiple stars who are openly members of the LGBTQ community.

After sitting out last year’s ceremony Game of Thrones is back and is once again the most nominated show with 22 nods. History is on Thrones’ side; the final seasons of both The Sopranos and Breaking Bad were split in two halves with each half eligible in a different a awards cycle, and both halves won the award for Outstanding Drama Series in each case. Fellow HBO drama Westworld also scored highly with 21 nominations, but it probably won’t do very well because only one of its ten episodes actually had a beginning, a middle and an end.

Last year’s favourite The Handmaid’s Tale is back with 20 nominations and has dominated the acting categories by taking three Supporting Actress nominations, two Guest Actress nominations and one Supporting Actor nomination. Yvonne Strahovski is certainly the most deserving in her category, but her fellow Handmaid’s nominees are more obvious choices. Of course, Elisabeth Moss is back with her ninth Emmy nomination for acting and is once again the favourite to win. Although, Netflix hopes to win voters by running a campaign highlighting this is the last chance for Clare Foy to win for playing the Queen in The Crown (that’s Elizabeth, not Beyoncé).

Both Westworld and This Is Us secured two nominations each in the Outstanding Lead Actor in a Drama category for Ed Harris, Jeffrey Wright, Milo Ventimiglia and Sterling K. Brown. But The Television Academy may choose to honour Matthew Rhys for his work in The Americans’ well-received final season. It’s worth mentioning that Sterling K. Brown is also nominated in the Best Guest Actor category for his stellar work in Brooklyn Nine-Nine, marking his fourth acting nomination. Did I mention Sterling K. Brown and how amazing he is?

The Assassination of Gianni Versace leads amongst limited series and television movies with 18 nominations. Despite receiving a mixed response, the second instalment of Ryan Murphy’s anthology series still has a chance to sweep as Big Little Lies and The People v. O.J. Simpson did in the previous two years.

Flicking over to comedy, for the first time in its nine years on television Modern Family was not nominated for Outstanding Comedy Series. Donald Glover’s Atlanta leads scripted shows with 16 nominations, and sketch show Saturday Night Live earned an extraordinary 21 nods. Newcomer The Marvelous Mrs. Maisel stunned with 14 nominations and is a serious contender considering its success at the Golden Globes earlier this year. Fellow newcomer Barry also made a big impact with 13 nominations, including Outstanding Lead Actor for Bill Hader.

We have all finally entered the Good Place because Ted Danson was recognised for his work as a lead actor in the hit NBC show, and about time. But The Good Place was snubbed; The Academy nominated eight shows in the Outstanding Comedy Series category but couldn’t find room for the Kristen Bell-starring comedy. So, it looks like the voters are headed for the Bad Place. Some things can’t be forgiven.

The Oscars might pick up an Emmy this year from its eight nominations, but I don’t know why they keep getting nominated when The Oscars never nominates The Emmys for anything. Some people just give, and others just take.