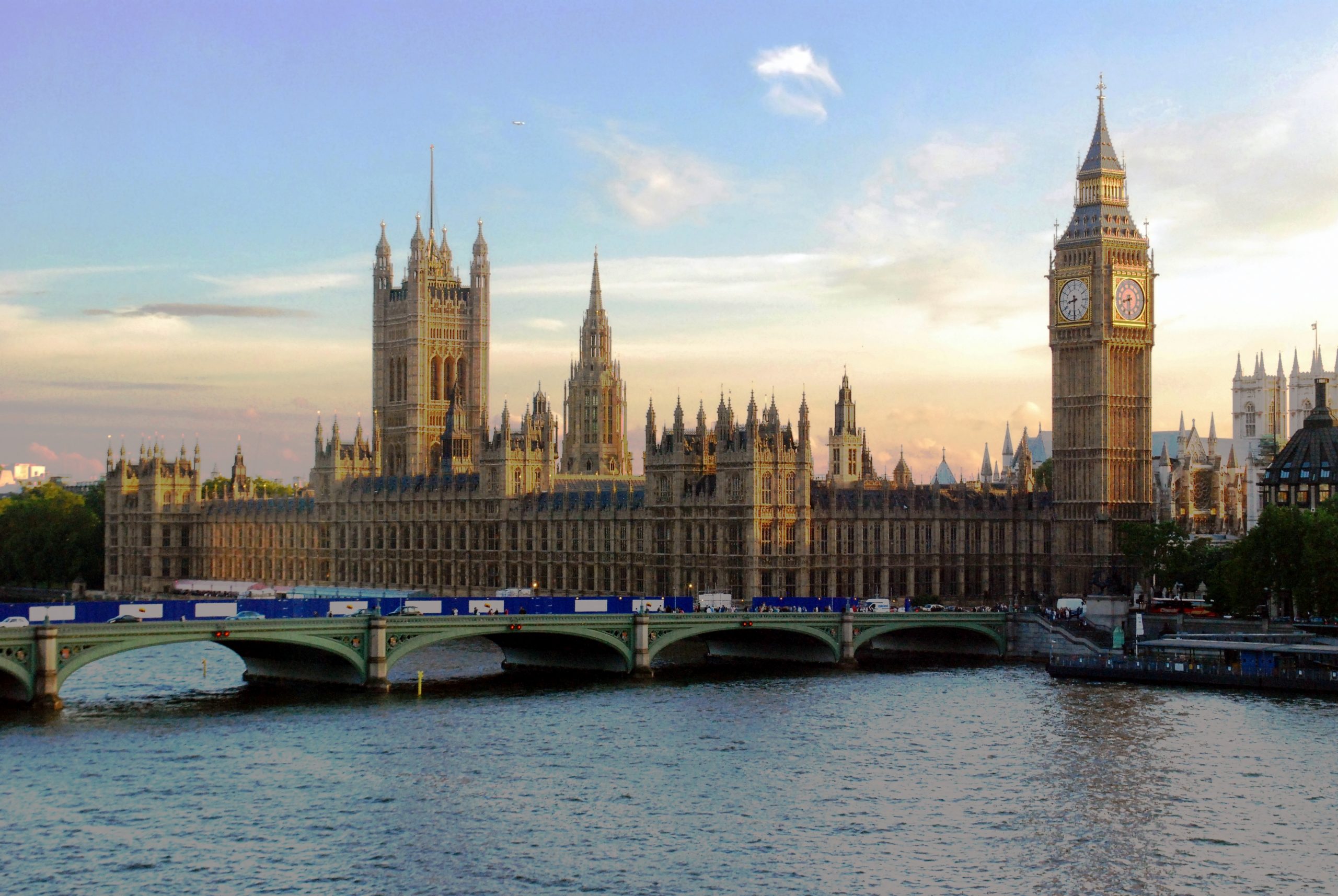 Over my dead body: why even the left dislikes inheritance tax

As with so many taxes, duties on estates were introduced in the seventeenth century to finance Britain’s wars. Since then it has undergone several transformations. Whether known as estate duties, capital transfers, or inheritance tax, the levy has gone on to raise vital revenue from the wealthiest estates. But why does it face so much opposition today?

In September 2007, shortly after Gordon Brown took over as Prime Minister, Labour drew support scarcely seen since the halcyon days of Tony Blair’s first term. Signalling a new start, they climbed the polls with a lead unimaginable in the neck-and-neck political landscape of 2018: 13%.

“The next general election starts NOW.”, The Telegraph reported after a leaked parliamentary dossier showed Labour preparing for a spring vote. The Guardian talked of Brown ‘fuelling speculation’ over an early poll by appointing a campaign team.

However, the plan for a snap election was soon scrapped. Amid Labour’s indecision over whether to push ahead with the vote, the Tories made hay. David Cameron announced a slew of new policies, including a cut in stamp-duty for first time buyers, as part of a new policy package called the ‘family fund’.

But a key proposal in the family fund was originally mooted (and rejected) by Brown himself: a rise in the inheritance tax threshold to £1 million. Soon adopted as Tory policy, it enjoyed widespread support.

The popularity of this measure, a series of Labour slip-ups, and a well-received conference speech from Cameron signalled an autumnal beginning of the end of the Brown hegemony. The polls were soon turned on their head, the Tories now holding that 13% lead over Labour.

Nowadays, you could say, nothing has changed. Theresa May attempted to face down wealthier estates at her peril last year. Although not strictly an inheritance tax, her so-called dementia tax stoked the same anxieties in voters that her predecessor vanquished a decade ago.

The nail in the coffin for May’s parliamentary majority was a flight of support from the elderly, a demographic she could not afford to ignore. But these fears are not exclusive to the elderly, the rich or the right.

Only the wealthiest eight-percent of estates pay inheritance tax, which helps to tackle inequality and which this year raised a record £5.2bn for the Treasury. However, the policy faces criticism from all British voting groups, even otherwise progressive voters.

Many of those on the left, and those unlikely to ever pay to the tax, vehemently oppose it – and at levels far outweighing any other form of taxation.

Voters believe inheritance tax to be the least fair tax, with six in ten claiming that it is an unfair way to raise revenue. And these attitudes do not defer to party lines, nor do they follow common demographic trends.

All ages support the raising of the inheritance tax threshold to £1m, whilst supporters of every party (even Labour) back the move with an absolute majority.

Those with the lowest incomes, nevertheless, support measures to raise the threshold. In fact, they back the change with an even greater net approval than their better-off counterparts.

Attempting to explain this, it’s easy to say that voters just don’t like taxation: of course they wouldn’t like an inheritance tax. But people think VAT, council tax and income tax are generally fair. And there is the highest support for tax-and-spend policies now than at any time in the last 15 years.

The conventional explanation is that, although many people will never pay, most hope to come into enough money that they leave behind a sum for their children. To forfeit money to the state when they die – despite being taxed throughout their life – is still seen as an anathema.

But why do those on lower incomes and the left support other, similar, taxes?

Take the removal of VAT exemptions on private schools. It affects roughly the same proportion and type of people as inheritance tax, and limits the advantage of inherited wealth.

It restricts family choice, perhaps even more than inheritance tax, since these parents make a conscious decision to send a child to private school. Nevertheless, this policy enjoys public support.

Perhaps, then, disapproval arises from Britain’s unique relationship with housing.

The UK finds itself deeply attached to home ownership; more so than many other European countries. Likewise, the biggest investment most citizens will ever make is in housing, and it is exactly that which would form the bulk of the average estate.

The ‘Englishman’s home is his castle’ attitude crops up time and time again. After all, the most grievous damage suffered by the Tories’ 2017 campaign came from the dementia tax’s impact on elderly people’s homes.

There is no reason to expect this attitude to be the preserve of elderly Conservatives. Even though inheritance tax affects only the richest of estates, there remains a persistent fear that the average person may miss out on inheriting a valuable property amid steeply rising house prices – or lose an old childhood home.

This is particularly potent when coupled with an erosion of trust in the state to look after future generations.

In a 2007 investigation, The Guardian found that the public had come to view Britain’s economy) as insecure and overly competitive. The only way that families could ensure their children’s financial security, therefore, was by passing on wealth and possessions.

This has become even more pronounced today, due to spending cuts. Talking to Radio 4 about her conflicting feelings toward estate taxes, the novelist Sarah Dunant said: “If the state can no longer give the next generation the opportunity to flourish, little wonder if their parents feel betrayed.”

Whether austerity is over, coming to an end, or in full-swing, the erosion of our social infrastructure has made people feel even more obliged to look after their own, in life or after death.

Exactly here is the central contradiction of inheritance tax opposition.

Many oppose the tax in the fear that the government isn’t up to the job of looking after their children. But, in cutting taxes predominantly for the rich, the government jeopardises its ability to care for future generations.

Nonetheless, there is a prospect for these attitudes to change. Despite their newfound tax conservatism, Labour proposed a reversal of cuts to inheritance tax in their 2017 manifesto. Of course, this raised some grumbles from the right-wing press, but criticism gained very little traction during the campaign.

As well as changing the threshold, there is a concerted effort to change the policies at large. Torsten Bell of the Resolution Foundation has proposed a Lifetime Receipts Tax, which he claims “overcomes the root causes of Inheritance Tax’s unpopularity.”

These measures would tighten up loopholes in gift giving and introduce a more progressive band-based system. In a cruder sense, they remove the stigma of the supposed ‘death tax’ that has often haunted proponents of inheritance tax, notably in America

Whether Labour will consider these suggestions is unclear, especially considering McDonnell’s support of recent income tax cuts in the most recent Budget.

Equally uncertain is whether there is political capital to tackle the tax’s image problem, particularly since this involves the none-too-difficult task of convincing the electorate that future generations will be secure under their watch.

In such a fragile political environment, every misstep matters. With 20:20 hindsight of Brown and May’s struggles, both major parties want to avoid squandering any poll lead they can find.

Until we find a way out of our current deadlock, opposition to the inheritance tax will likely persist, out of a deep attachment to home-ownership and a doubtful outlook on Britain’s future, if nothing else. And Britain is worse off for holding one of its most progressive money-raisers in such contempt.

PrevPreviousVernon Bogdanor on Brexit: “the people should own it…if the people still want it”
NextShe Was Brutally Attacked on a Busy Central London Street. Police and Pedestrians Did Nothing.Next
On Key